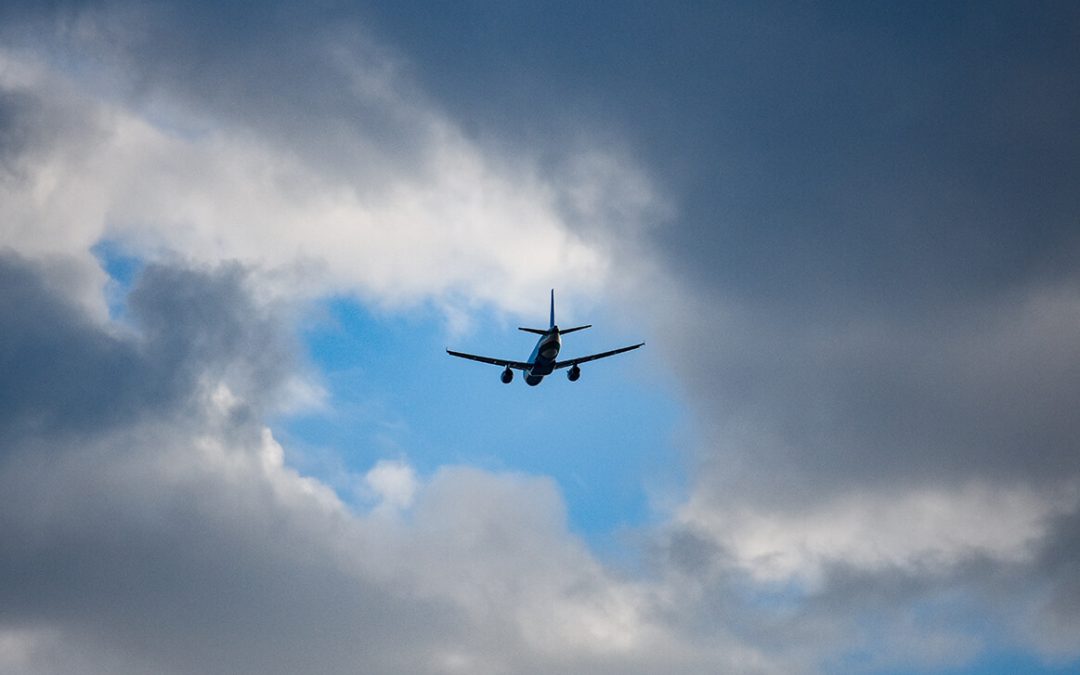 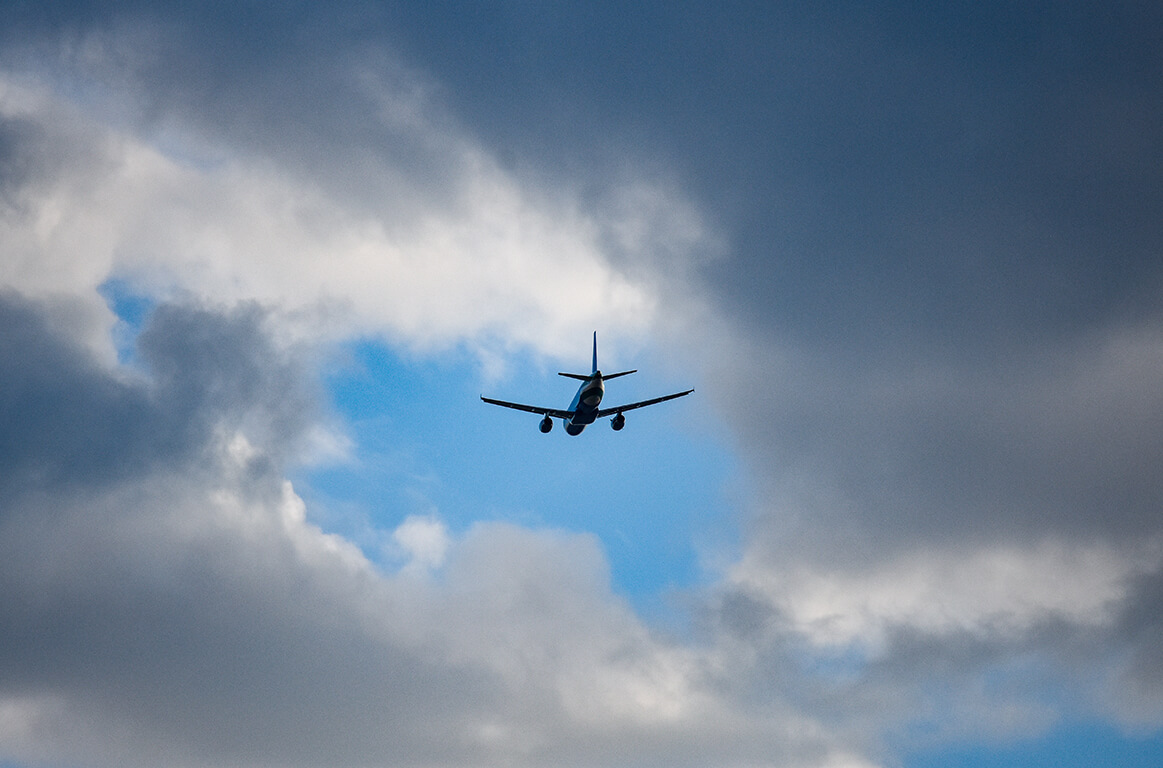 JetBlue announced plans to eliminate all Lead Crewmember jobs from Airport Ground Operations at the airline. The changes are scheduled to take effect this holiday season, on New Year’s Day.

“Lead” agents at airlines are non-management workers who oversee the handling of planes on the tarmac and while parked at airport gates for fueling, servicing, and loading and unloading of passengers and cargo. Lead Agent responsibilities include ensuring planes are loaded and balanced safely, conducting inspections of the aircraft, and pushing planes back from the gates when ready for departure, among other duties.

Other Lead Agents work as coordinators or trainers in various areas of the airport operation. All major airlines have a version of Lead Agents working in leadership roles at distinct departments.

JetBlue’s announcement was made last week in an internal company memo to non-union Airport Crewmembers. Union Pilots and Inflight Crewmembers will not be affected. In the statement, Dana Shapir, Vice President of Airports Experience, stated the decision to eliminate GO Lead positions was made to ensure that the airline was safe and successful, and was not being taken solely due to ongoing financial hardships caused by the pandemic.

In the memo, Shapir said, “it’s up to us as leaders to make sure that [Crewmembers] have the tools and structures in place needed to succeed and stay safe – not just through the pandemic – but through our recovery and eventual return to growth.”

The vice president did not explain how eliminating the positions would make the airline safer. In the memo, she also announced the elimination of Training Coordinator positions. Those job responsibilities, which include safety training, will fall on regional offices.

At JetBlue Airways, Leads are paid an hourly premium of $2.50 over their pay scale, which is determined by years of service. According to the statement, Supervisors will absorb Lead responsibilities overseeing the ground handling of aircraft.

Impacted workers will be permitted to apply for a Supervisor position or voluntarily step down to a Ground Operations Crewmember position. The memo stated that while JetBlue was eliminating premium pay, newer Leads would continue to get the higher rates until their non-Lead wages could catch up over time.

At JetBlue, Supervisors are salaried employees, which means they often earn less than hourly Lead Agents, who qualify for premium overtime pay and can pick up extra shifts. Supervisors, meanwhile, are paid according to a salary scale that does not change based on the number of hours worked. Therefore, every Ground Ops Lead at the airline is facing a significant pay cut, while the airline may reap significant savings in employee payroll.

Besides eliminating the Ground Ops Lead positions, JetBlue will also discontinue all Training Coordinator Positions. These jobs will be replaced with a Regional Field Educator, who will be responsible for several airports rather than just a single location.

Responding to a query about whether it is normal for an airline to eliminate Lead Positions system-wide, Frank Giannola, District 141 Membership Services Director at the Machinists and Aerospace Workers Union, said that such a move was abnormal. “I’ve never seen it happen before, not in my 32 years in the industry.”

“Leads, or ‘Leaders,’ as JetBlue calls them, are your elite employee classification,” said Giannola. “These are your career guys. I was a Lead for 18 years, myself. And, to just cut them all off like this; it’s something I’ve never seen happen before.”

“These guys have busted their ass to get where they are,” he added. “Now, all that work has been taken away from them. It seems vindictive, especially now, after a year of enormous sacrifice on the part of the workers.”

Giannola was reluctant to speculate on why JetBlue may be making these moves but dismissed out of hand the company’s stated position that it would promote safety and success at the airline. “Eliminating front-line leadership roles does not promote safety. That makes zero sense.”

Frank also takes issue with JetBlue’s claim that “this change will not eliminate jobs.”

“I don’t know how they can say that,” Frank said. “They’re eliminating jobs, an entire classification of jobs.” In union parlance, a job classification is determined by contract language that identifies a unique workgroup or workplace. At American Airlines, for example, Fleet Service (the equivalent of JetBlue’s Ground Ops) has three main classifications – Full-Time, Part-Time, and Lead.

“Every one of these Crewmembers is losing their position, even if they are allowed to start a new role at the same company; these are positions and work that are going away. These jobs are being taken over by management, and those that hold them now are being demoted.”

“They’re also losing income – even if they are allowed to keep their current pay rates, they are still losing future income with the loss of premium pay,” Giannola said. “To say otherwise is dishonest.”

When asked if something similar could happen at United or American, Giannola was resolute. “No. We wouldn’t agree to it at American, United or any airline where we represent workers.”

“Because they’re union, and in union, those workers negotiated a legally binding agreement with their company,” said Giannola. “They can’t violate that agreement without a vote from union workers to approve the changes.”

“It wouldn’t even surprise me if the company was demoting an entire classification at Ground Ops to free up money to pay for salary increases for Supervisors,” he added.

“It’s always better to team up with your coworkers in a union, so you’re not dealing with a multi billion-dollar company alone,” Giannola said. “If allowed, companies tend to contract out chunks of non-union work altogether. We see it happen all the time. It’s already happening in Newark with PrimeFlight employees in the Bag Room and Ticket Counters.”

“What I’m worried about is – what are they going to take away next?” 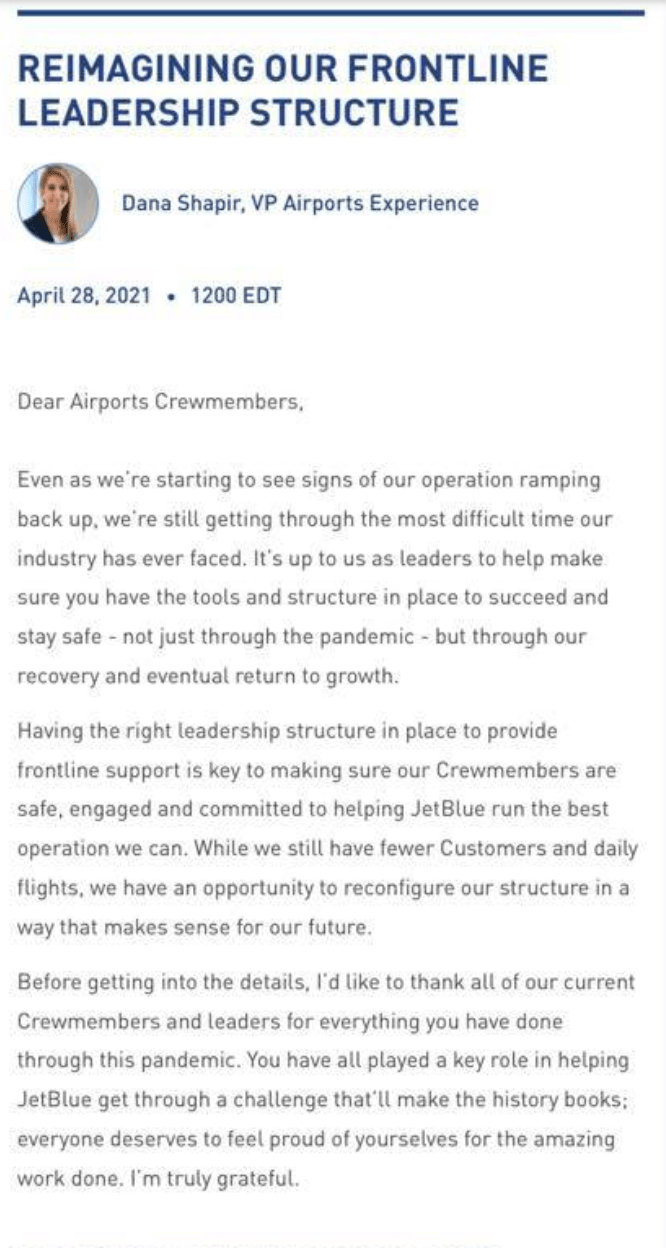 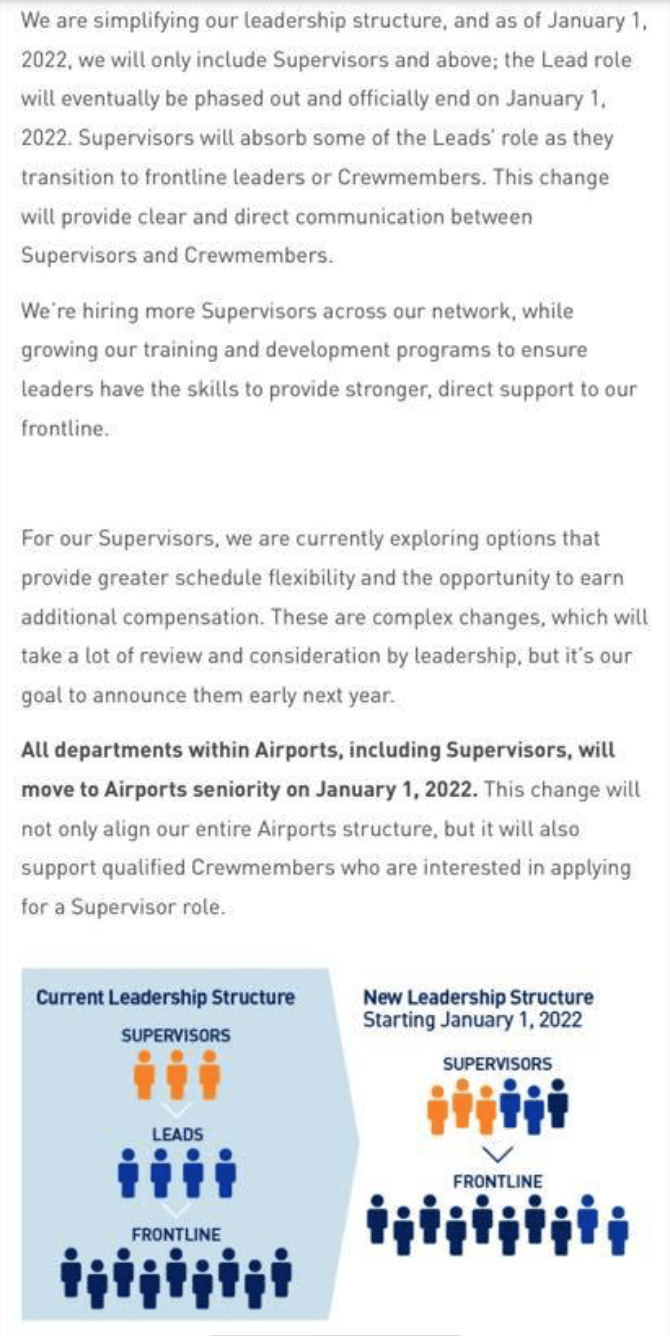 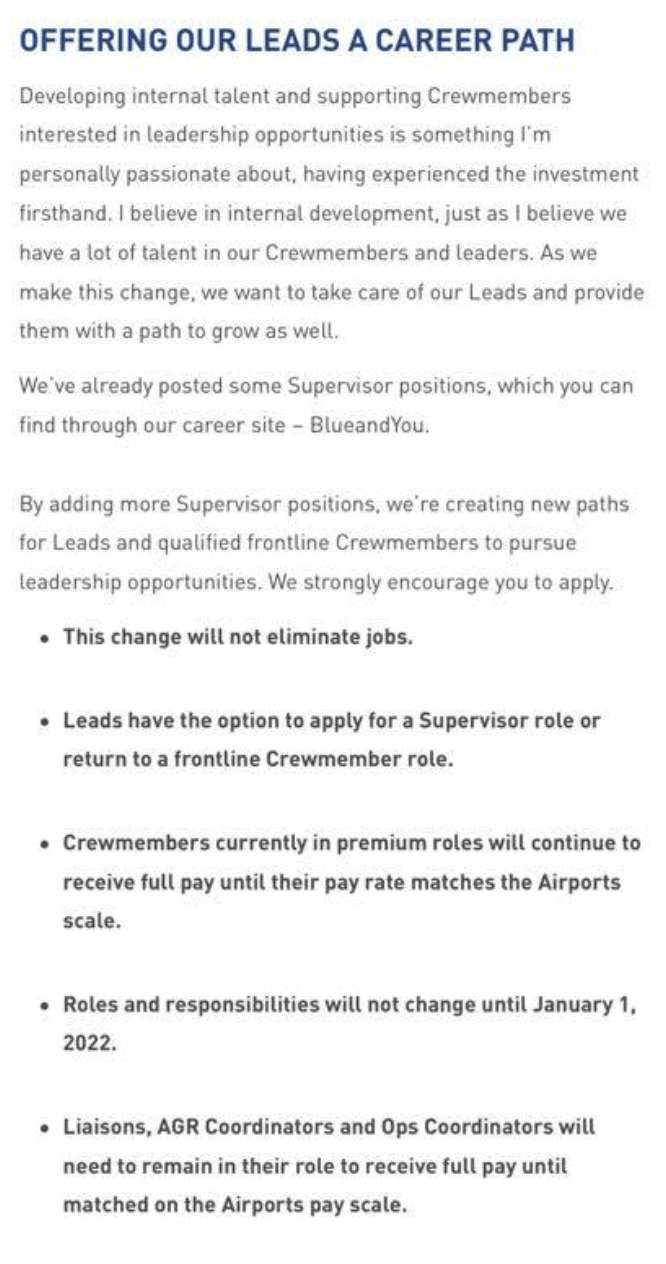 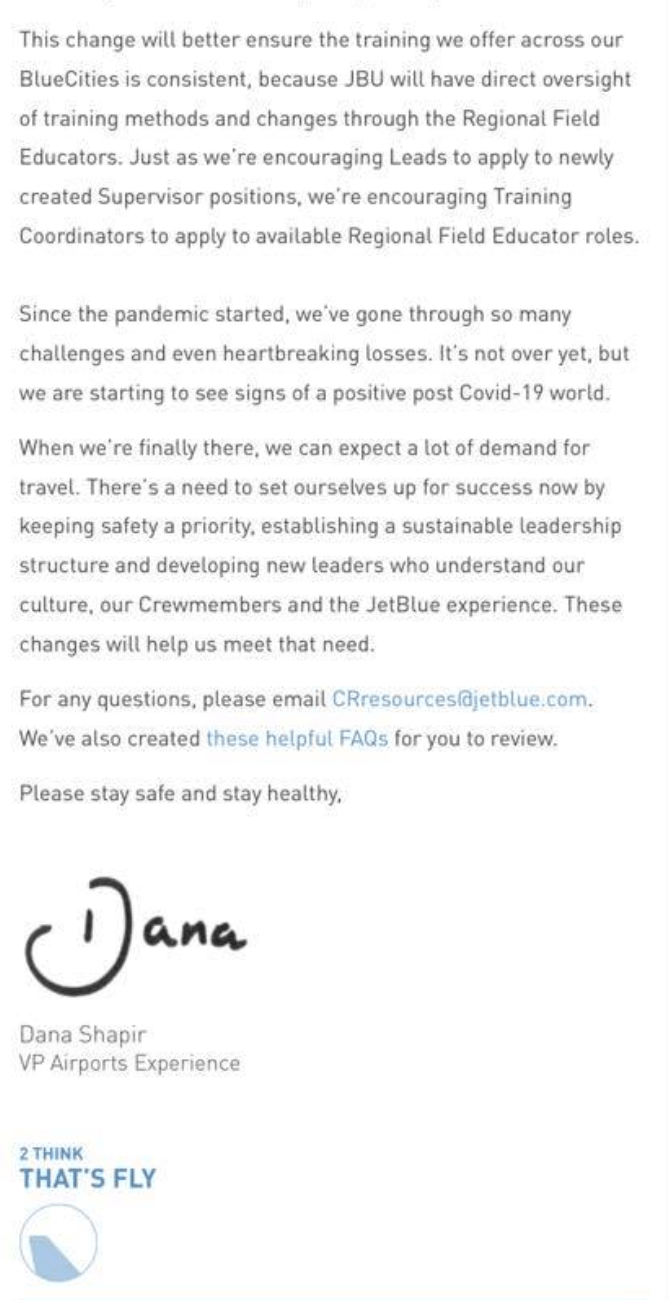 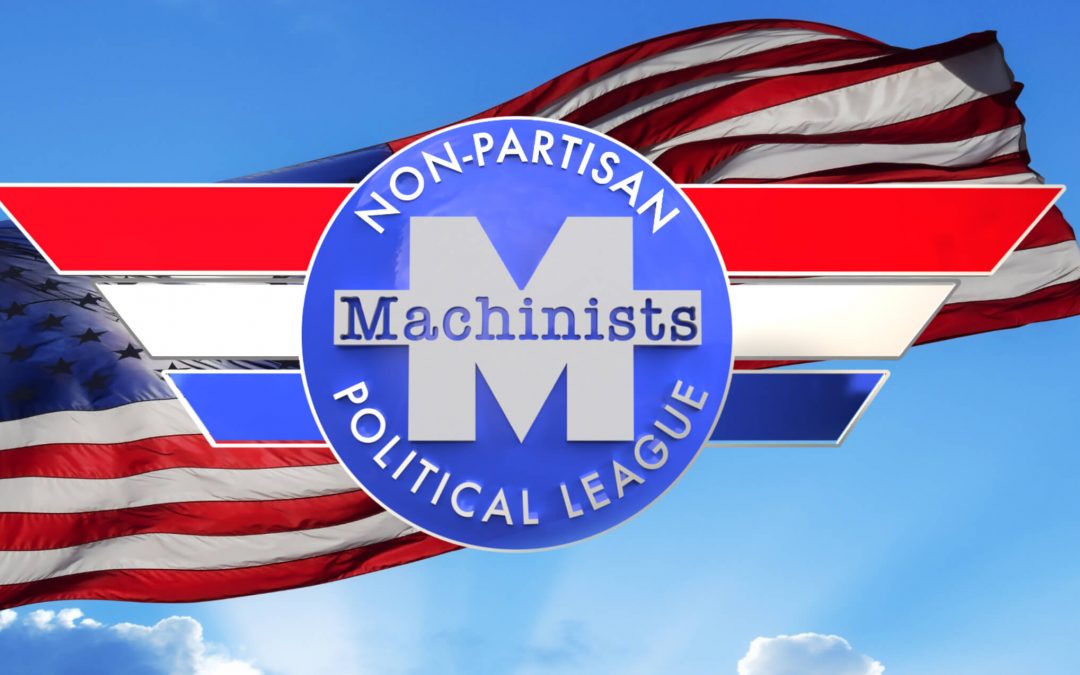 Additional Resources
/// Stand up and be counted! /// Donate to MNPL 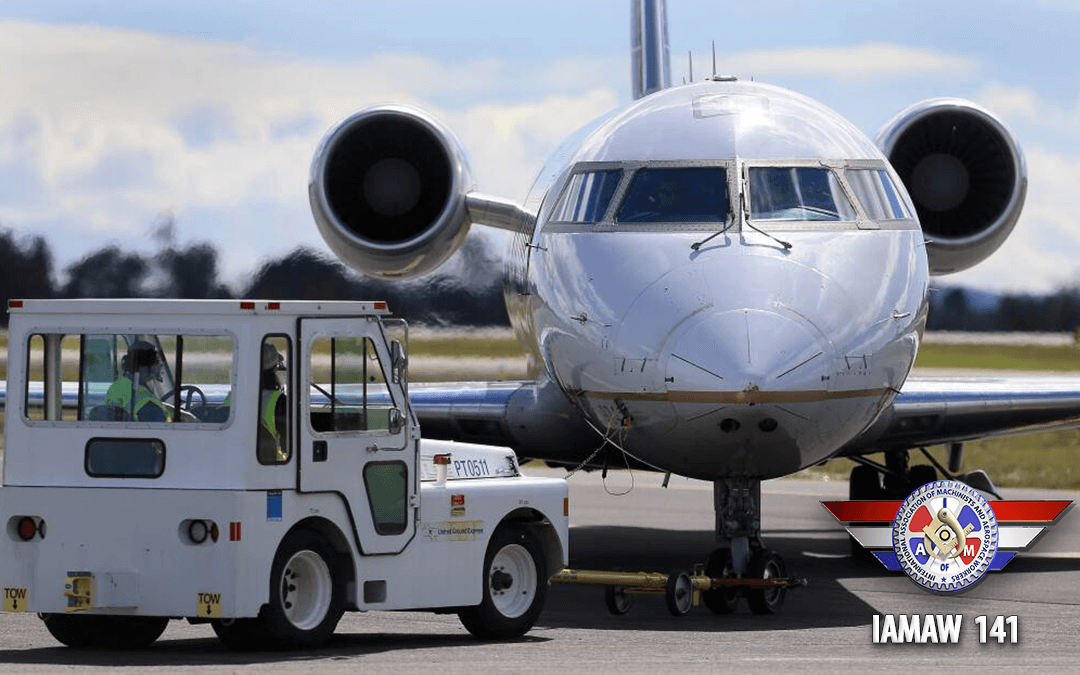 As we continue to work with United Airlines to mitigate as many furloughs as possible, I’m proud to announce that we’ve reached an agreement to insource the balance of the fleet service work that supports the United Express operation at Denver International Airport (DEN). This work will remain insourced through at least the duration of “Section Six” negotiations for a successor agreement between the IAM and United.

This is a tremendous outcome for IAM members at United Airlines. The hard work done by United management and the IAM is an example of how we can work together to improve the lives of IAM members at United and their families. This is especially so at a time when the airline industry faces the biggest challenge in its history. This agreement will protect the jobs of approximately 150 employees immediately.

To make this agreement possible and to potentially mitigate layoffs in Boston (BOS) Tampa (TPA), and Fort Lauderdale (FLL), IAM District 141 and United agreed to allow special staffing assignments in those locations when the needs of service require additional employees. This procedure was set forth in ‘Letter of Agreement October 2020 Furlough Mitigation,’ which was agreed to on July 22, 2020. The Company also withdrew its ability to use special staffing assignments at Austin, Texas.

District Lodge 141 will continue to work with United management to find effective and creative ways to mitigate furloughs and to help steer our airline through this unprecedented crisis.

Thank you to everyone for your continued solidarity as we face this crisis together. 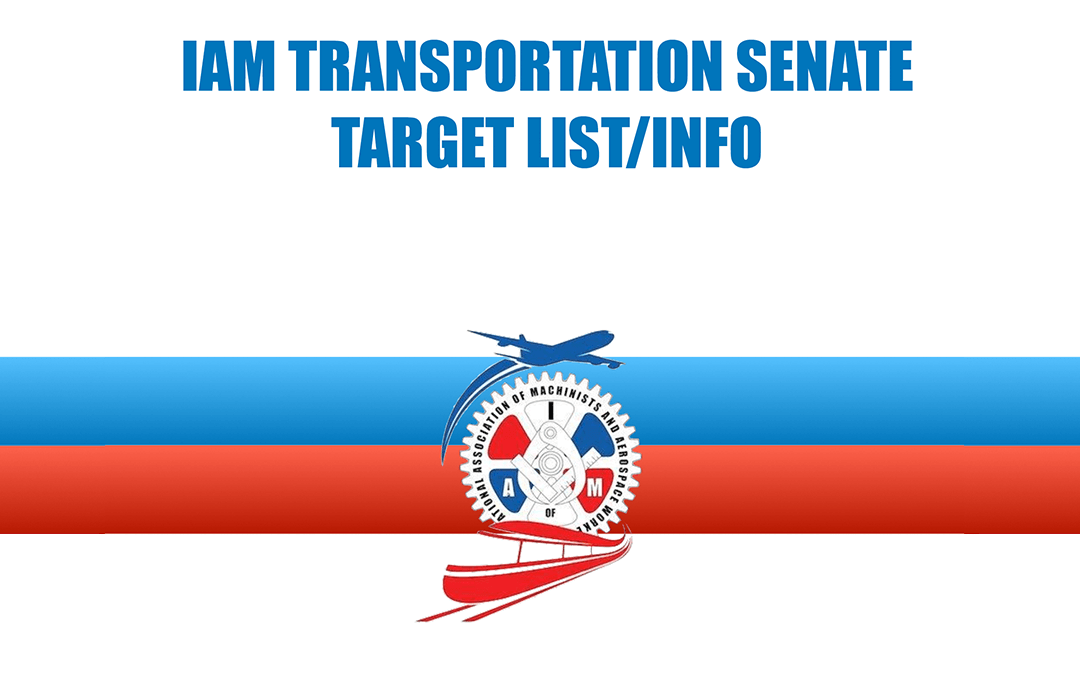 As you know, Congress is currently negotiating another stimulus bill to address the economic impact of the coronavirus pandemic. I will be first to admit I didn’t think we had a chance to get an extension of the Payroll Support Program (PSP), but now thanks to the hard work of our legislative team at the IAMAW Transportation Territory, collaborating with our own District 141 Legislative and Communications team and the grassroots work all of you are doing, we are very much in the game and a six-month extension of this vital program looks within reach.

This week we received the commitment of 223 members of Congress who signed a letter supporting the extension of the PSP. We must now turn our attention to the US Senate, who must act before their August recess so airlines can avoid widespread furloughs on October 1st.

Please take a look at the list of senators below. We have identified them as being on the fence on their support of the PSP extension, and with another push from us, we may get across the finish line. The first link following the Senator’s name lists contact information if you would like to call their office or write a personal letter; the second link takes you to the IAM Action Alert program, which makes contact very easy with a written letter sent via email to your Senator.

It is especially important to reach out to Senators in states where our companies have hubs or large operations where there are hundreds or thousands of jobs on the line, but every call we make or email we send can get us closer to our goal.

I ask that you please contact your Senator this week, especially if his or her name is on the attached list. Together, we may be able to prevent anyone from getting furloughed come October 1st.

How to make a scarf facemask