Looking Back: The IAM’s Role in the Americans with Disabilities Act 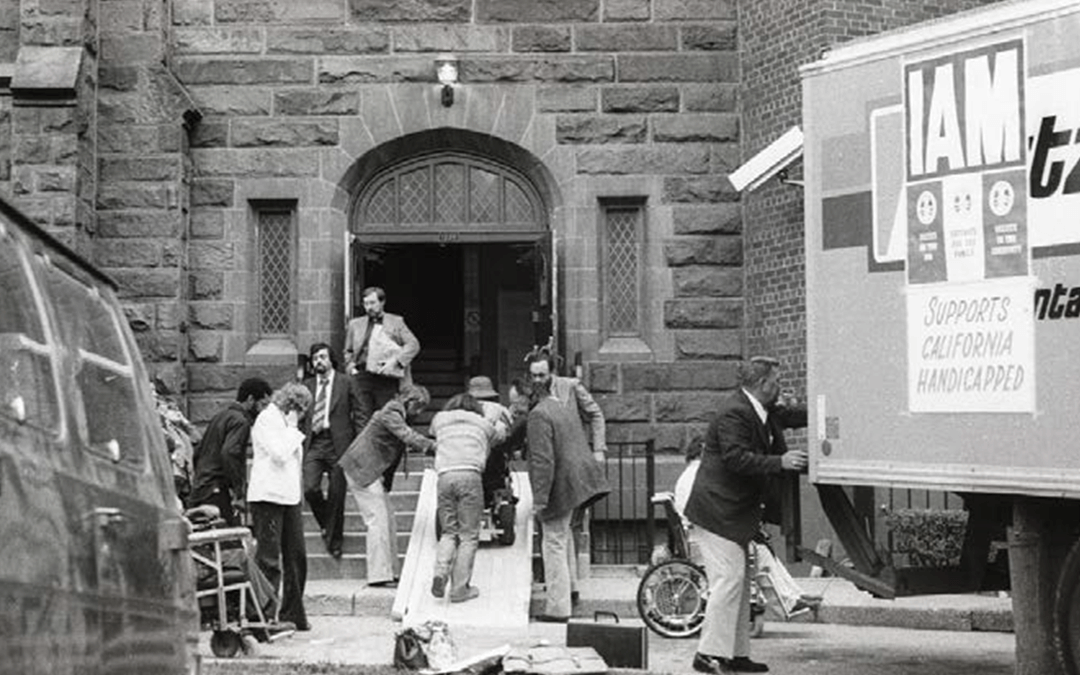 The Sunday, July 26 anniversary of the signing of the 1990 Americans with Disabilities Act (ADA) is a good time to reflect on how to empower and support workers with differing abilities that we see and interact with every day, whether we realize it or not.

The ADA is a civil rights law prohibiting discrimination based on disability in employment, government services, transportation and public accommodations. It was signed into law July 26, 1990, but didn’t take effect for two years to give companies, businesses and other facilities time to implement the regulations.

“Every working person deserves access to a job that pays a livable wage with good benefits,” said IAM International President Robert Martinez Jr. “The IAM fights for inclusion in the workplace and in the community, so everyone has improved quality of life with independence and mobility.” 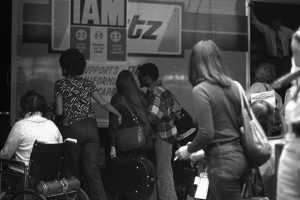 The IAM has a long history of helping people with differing abilities. The union helped to found International Guiding Eyes in 1948, now doing business as Guide Dogs of America. Joseph Jones Sr. turned to the IAM for help after being turned away from existing schools at the age of 57. It was one of the first guide dog schools founded by a blind person.

This year, the Machinists Union’s community service was featured in the Netflix film “Crip Camp: A Disability Revolution,” which focused on a unique summer camp called Camp Jened that motivated a group of teens with disabilities to help build a movement for equality. The documentary highlighted an event in the nation’s capital commemorating the 20th anniversary of the 504 sit-in. Section 504 of the Rehabilitation Act of 1973 was the first federal civil rights protection for people with disabilities and paved the way for ADA.

The IAM logo appeared in the movie on Hertz trucks the union rented for travel once the protestors arrived in Washington, DC. Signs on the truck include one that says “Justice on the Job, Security for the Family, Service to the Community” and another that says “Support California handicapped.”

“My daughter works as Assistant Director for Special Education at the Tift County School system here in Georgia,” said James Clements, Georgia State Council of Machinists’ sergeant-at-arms. “She told us about the movie Crip Camp and recommended we watch it. Pretty surprised to see the IAM logo on the Hertz trucks. This was part of the Machinists’ history I had never heard before and it is something I am pretty proud of us having done.”

IAM Local 1781 and District 141 helped to raise money for transportation, according to the Disability Rights Education and Defense Fund. The trucks had cargo lifts that could accommodate wheelchairs. A reception was held at IAM Headquarters, where protestors spoke about their experiences.  The use of headquarters enabled them to use union phone lines and copy machines for organizing and setting up meetings with Congress members.

Some organizations still struggle to make their buildings accessible to workers with disabilities, 30 years after the ADA was first enacted. The law has been amended to facilitate enforcement, but challenges remain.

This story first appeared at GOIAM.org ///

The severe downturn in air... 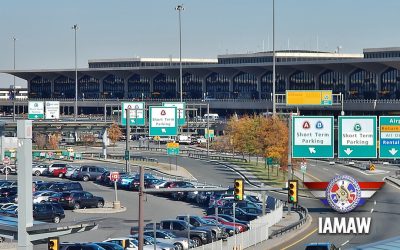 Over one million air... 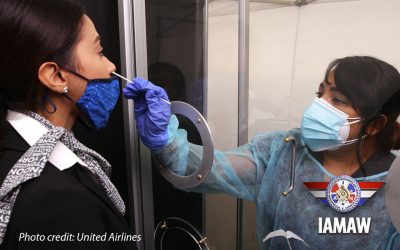