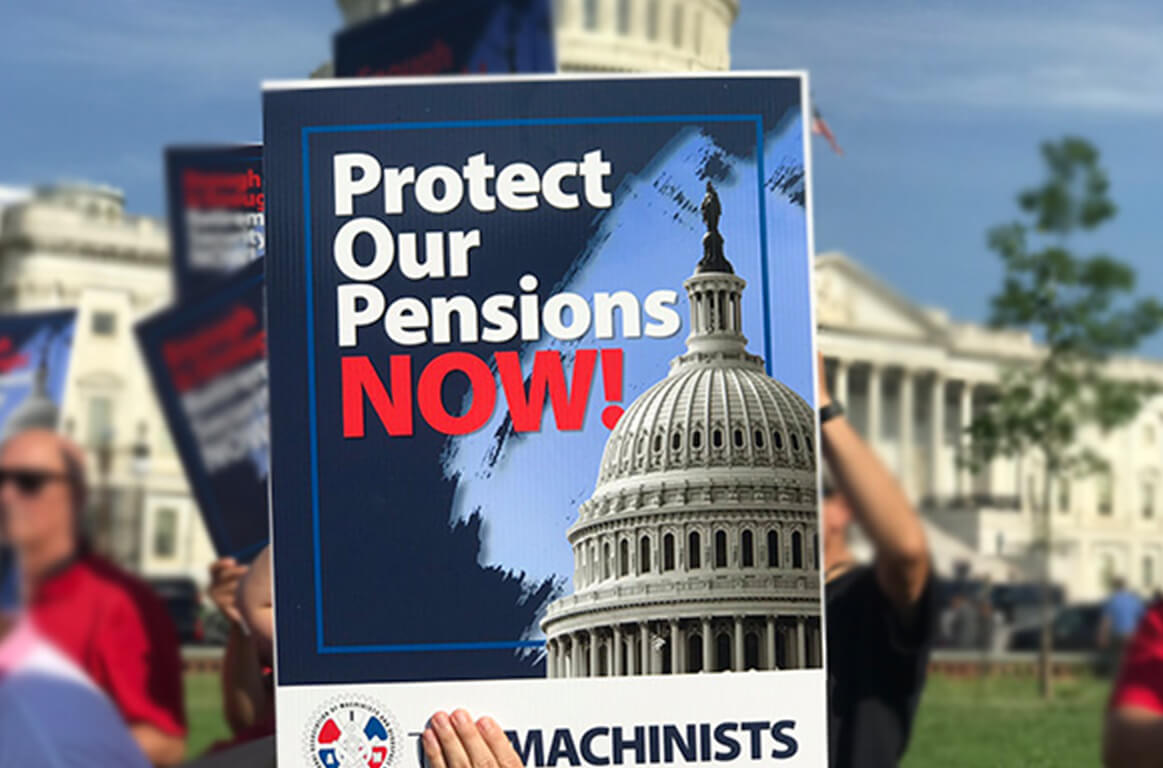 The Machinists Union along with Majority Leader Chuck Schumer led the way in fighting to save troubled multiemployer pension plans while fully protecting the earned and vested benefits of current and future retirees.

“Millions of middle-class workers, miners, truck drivers, construction workers, and food service workers invested their hard earned money into pension plans year after year after year, for financial security and peace of mind when they retire,” said Leader Schumer. “Unfortunately, those pensions are now in trouble. We owe it to these workers, who played by the rules and are counting on these funds, to shore up these pensions today. The Butch Lewis Act, led by Senator Brown, is essential to address the multiemployer pension crisis that could shatter the financial futures of millions of middle-class American families. Democrats are fighting for a solution to deliver on the promise of these pensions for workers.”

“Majority Leader Schumer is a true champion and walked this legislation over the finish line,” said IAM Eastern Territory General Vice President Jimmy Conigliaro Sr. “Leader Schumer understands how important it is to address the multiemployer pension crisis while keeping our nation’s promise to our nation’s retirees and working families. I commend our legislative and political team for never taking their eye off the ball on this issue. This is a clear case of why elections matter.”

This legislation will work to lift troubled multiemployer plans out of their financial hole, while maintaining the financial integrity of the PBGC. Most importantly, this Act will provide a pathway to accomplishing these goals without stealing the earned benefits of retirees, workers and their families.

This long-overdue pension relief legislation provides $86 billion in relief to troubled multiemployer pension plans with NO CUTS to earned benefits. The legislation will protect the integrity of healthy multiemployer plans, save the PBGC and strengthen the pension system overall.  The legislation contains NO provisions to harm healthy plan, does not include the GROW Act, and only has a modest increase in premiums from $31 to $52 starting in 2031.