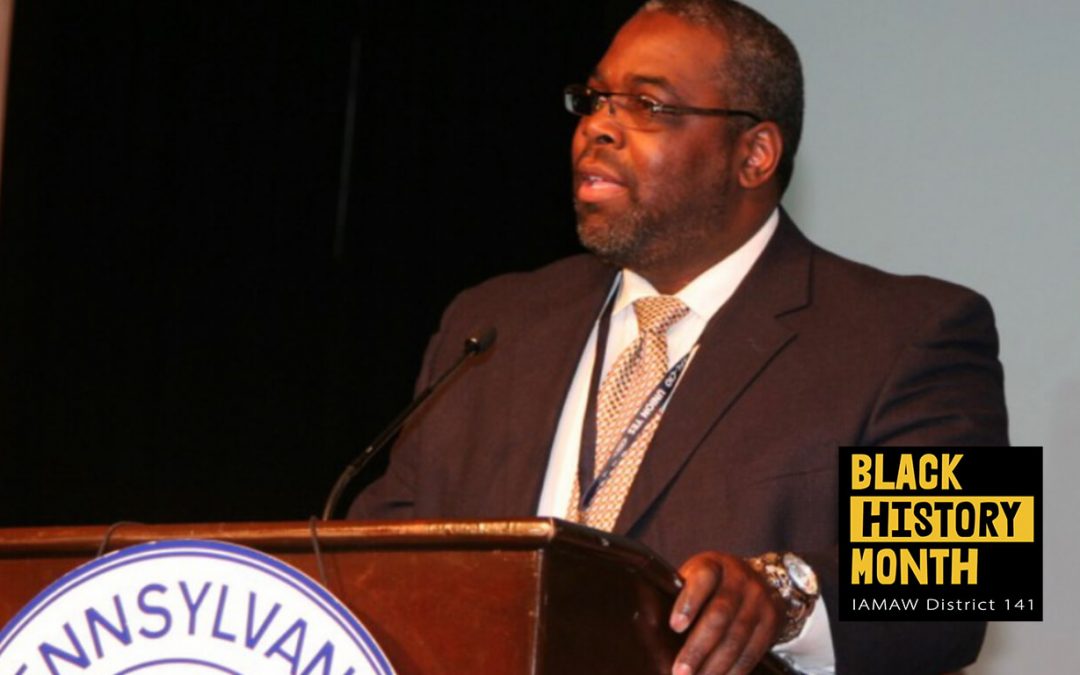 Honoring Black History Month: Brother Derrick Monk has provided a calm, guiding presence for members of IAMAW District 141 for over a decade.

In 2008, when he had been working at USAirways in Philadelphia International Airport for just over a year, Derrick had a “run-in” with a manager. He was so impressed with the work of Gil Simmons, Local 1776 Committee Chair at the time (now IAMAW Grand Lodge Representative), that he decided he would pay it forward. “The Union was there for me, and so I wanted to be sure to do my part to help my brothers and sisters in the union.”

His dedication to his Brothers and Sisters of the IAM and the larger Philadelphia community has earned him several awards and recognition.

Derrick grew up in a union household that took an active role in the struggle for civil rights and equal opportunities. A second-generation unionist, Monk follows in the footsteps of his father, who was a member of the United Auto Workers Union for more than 30 years. “He showed me the benefit of hard work, and how important it is to belong to a union and receive a union wage.”

As a young student, his parents enrolled him in a desegregation program where he was bussed to better-funded schools in northeast Philadelphia. He found his calling in the intersection of faith and activism and became an ordained minister. He currently serves as the Senior Pastor of the Divine Covenant Outreach Center in Philadelphia, in addition to many community service projects he leads.

In 2017, our Brother Derrick received the Irv Sannit Labor Volunteer Award from the United Way of Southeastern Pennsylvania for his community service work with IAM Local 1776 and with the Solid Hearts Foundation, a non-profit he co-founded to expand the reach of his union community service work. The foundation provides emergency financial assistance and academic scholarships to families in need in the greater Philadelphia area.

Derrick Monk draws inspiration from the work of civil and labor rights leaders who came before him, and continues to pay it forward.