Bernie Sanders to American Airlines CEO: “You Damn Well Have Enough Money to Pay Your Workers a Decent Wage.” 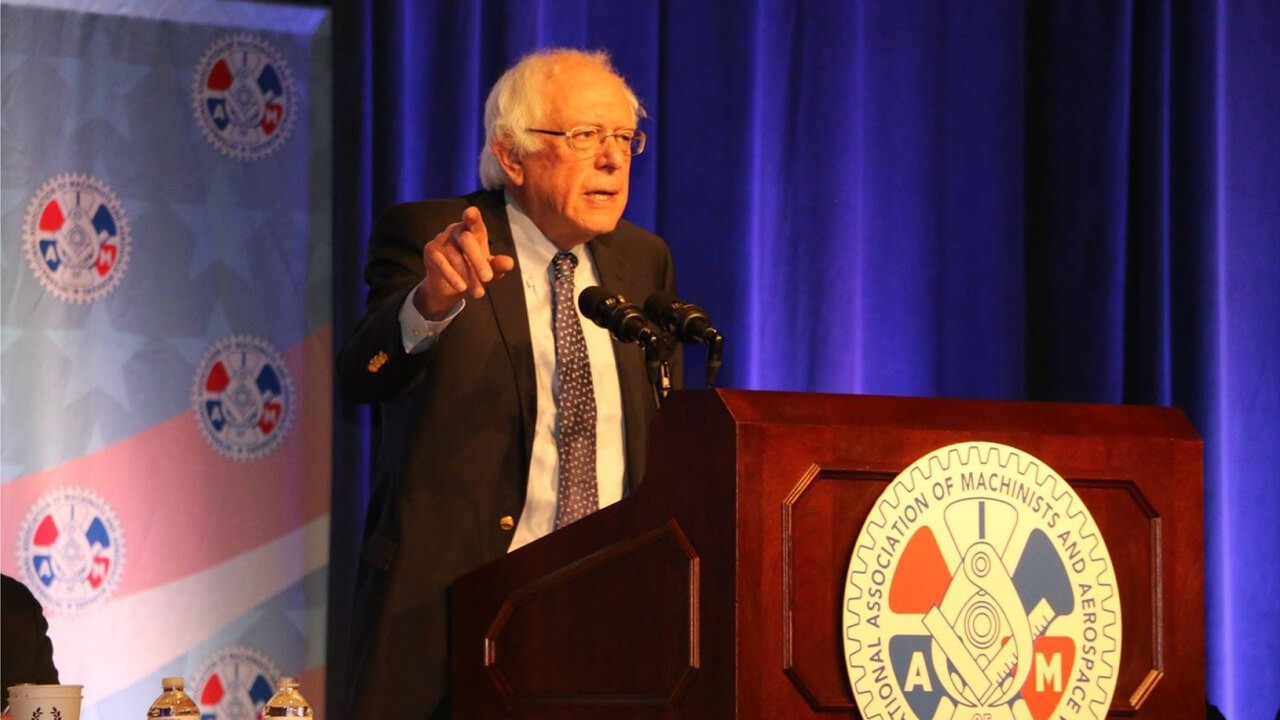 “You Damn Well Have Enough Money to Pay Your Workers a Decent Wage.”

In a fiery speech delivered before a packed gathering of Machinists Union leaders, Senator Bernie Sanders (I-Vt.) called out the CEO of American Airlines for his attempts to outsource thousands of jobs at the airline. 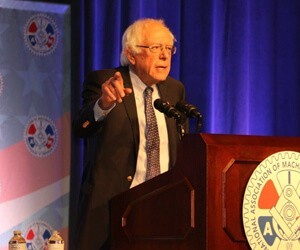 Sanders was one of two Presidential candidates that addressed the union at its Conference of Airline and Railroad workers in Las Vegas, Nevada this week.

The Machinists Union is the largest union of aerospace and rail workers in the world.

In his speech, Sanders confronted American Airlines CEO Doug Parker over his threats to outsource union jobs and cut health care benefits for thousands of employees.

“American Airlines wants to slash the pay of its employees; they want to outsource jobs,” Sanders told the crowd. “They want to take away health care benefits, and they want to abolish its defined benefit pension plan.”

“Brothers and sisters, together, we are not going to let that happen,” he said to loud cheers from the audience which included many American Airlines employees.

American Airlines has refused to negotiate with fleet service workers until employees agree to new outsourcing and wage and benefit concessions.

The Machinists Union proposals would only cost a fraction of the money that American has budgeted for stock buyback schemes and executive pay.

Stock buybacks can inflate a company’s stock value. Since many executives are awarded bonuses based on stock performance, these schemes are a popular tactic for increasing executive pay.

“This is exactly what Americans are sick and tired of. And it’s not just American Airlines. Companies make good profits in America, and then they shut down and move to some desperate developing country.”

“So, today I say to the CEO of American Airlines… You damn well have enough money to pay your workers a decent wage with good benefits.”

Sito Pantoja, General Vice President of the union’s Transportation territory, praised Senator Sanders for his long-standing relationship with the Machinists Union. Sanders was also a featured speaker at the 2014 Machinists District 141 Convention, one of the largest gatherings of unionized airline workers in the US. 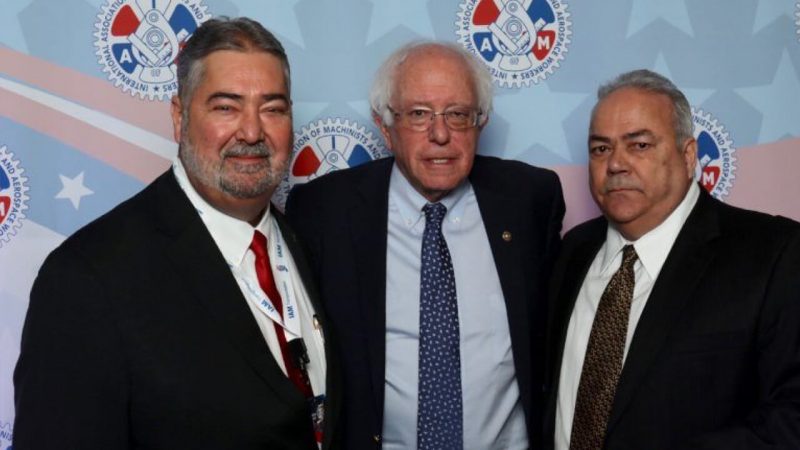 “Long before he ran for president, Senator Sanders walked the picket lines with us. He attended our local lodge meetings. He has never once failed to answer when the Machinists have called,” said Pantoja. 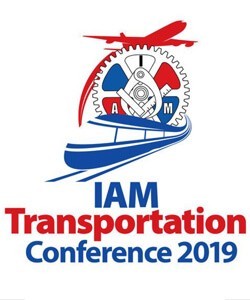 The IAM Transportation Conference brings together top Machinists Union Leaders from the rail and airline industries. This year’s conference is being held in Las Vegas through April 11.

The full remarks from Senator Sanders and Klobuchar are available courtesy of the 8 News Now Las Vegas Facebook Page.