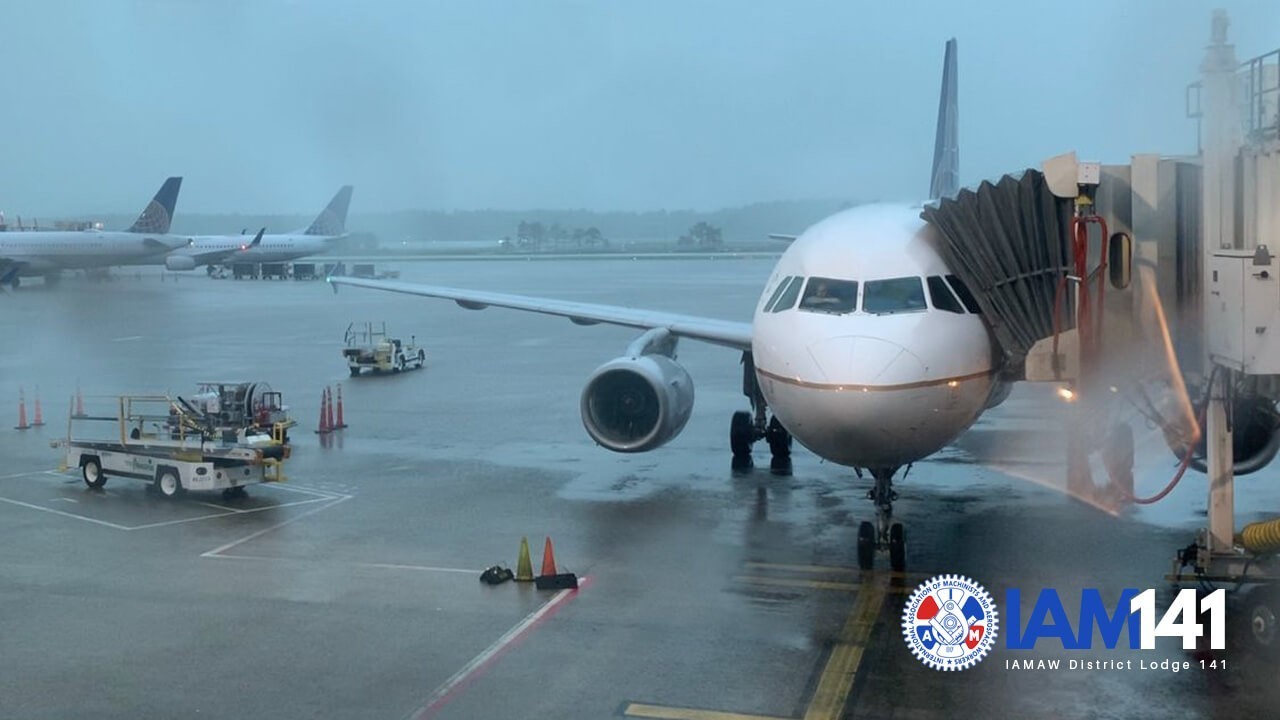 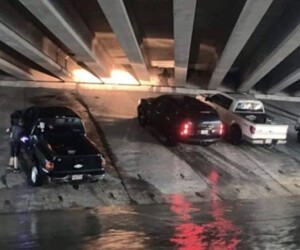 Motorists trapped by rising floodwaters near IAH airport in Houston finding higher ground under a bridge.

Airport officials grounded all flights into IAH by mid-afternoon on Thursday, after continuous heavy lightning prompted an hours-long closure of ground operations earlier. By late afternoon, all roads surrounding the airport were impassable due to flooding.

According to the IAH Twitter account, most flights departed with delays of up to 50 minutes. Houston-bound travelers, however, were stuck at airports until the flooding that surrounded Bush Intercontinental subsided.

Airline and airport employees, including over 1500 ramp and gate agents at United Airlines, were unable to leave.

At noon, authorities reported that cars parked in the airport’s parking lots were safe; floodwaters had not breached the daily or hourly parking areas. Those with family members trapped at the airport got assurances that their loved ones were also safe. Many restaurants remained open, and the airport never lost electrical power.

Union officials with Machinists Union Local Lodges 811 and 2198 reported that the airport would cease most operations into Friday. However, the airport would not be closed and a few arrivals would resume as soon as conditions improved.

The storm brought an estimated 45 inches of rain to the Texas and Louisiana Gulf Coast by Friday. Floods, rain and lightning forced at least 650 flights at IAH to be cancelled, with another 230 delays on Thursday. Friday saw another 350 cancellations and 84 delays, according to social media posts by airport authorities.