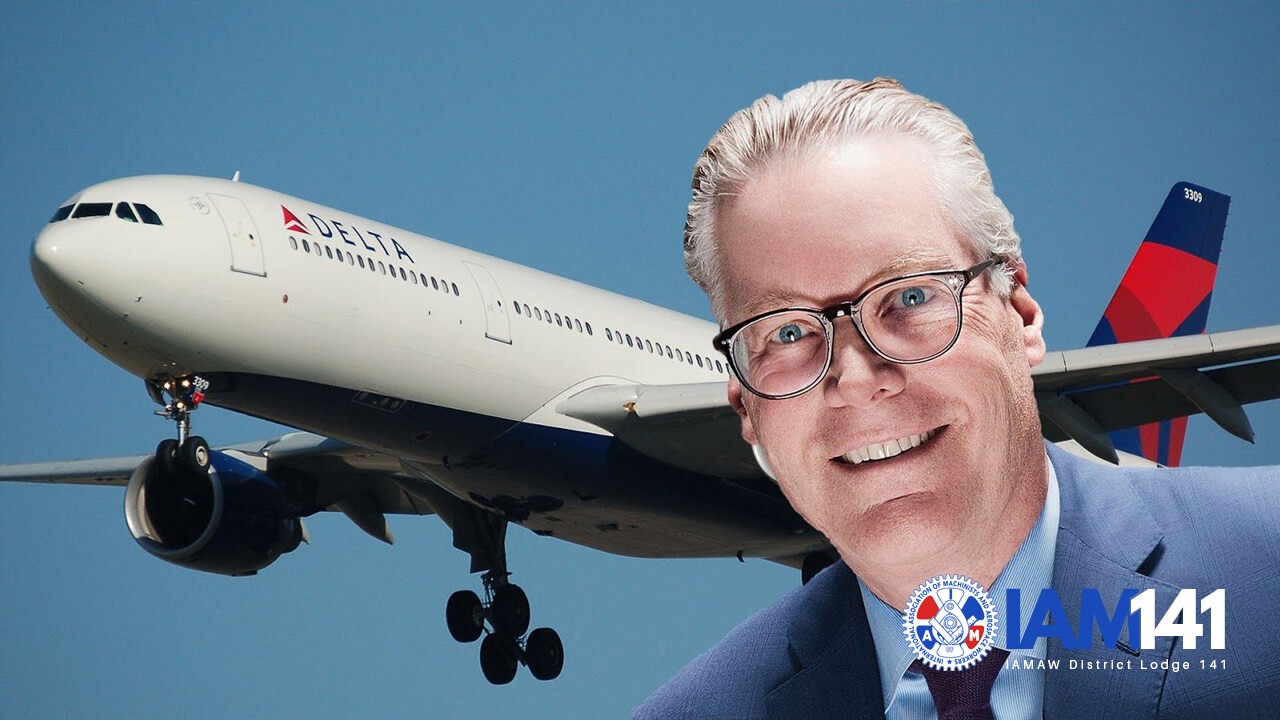 Delta Managers locked flight attendants aboard a plane to force them to work overtime, according to internal communications at the airline.

Mechanical problems caused a May 12th flight from Atlanta to Toronto to be delayed for several hours, leading Delta Managers to worry that flight crews might take legally mandated rest periods instead of remaining at work.

This would require the flight to be delayed even further, as the airline scrambled to find replacements.

Rather than locate new flight crews, an employee in Delta’s Operation Control Center ordered the doors of the aircraft to be closed and locked, trapping everyone aboard the aircraft.

The doors were unlocked after the mechanical issues were fixed. It appears the passengers and flight crews were locked aboard the aircraft from 10:19 PM to about 11:30, although the exact length of time isn’t clear.

At 10:19, Delta Control sent a message instructing gate agents to refuse to open the doors, stating, “Do not open door. Flt attendants out of time and none available. let [maintenance] do their work without opening door thanks.”

This was followed up about half an hour later with, “Ok… if door is not closed by [11 p.m.] Flt attendants walking. We will most likely have to delay flight until morning if this happens.”

Amazingly, none of this seems to have surprised the attendants working the flight. They seemed resigned to the fact that managers would take such measures. The crews that had been “trapped” on the plane stated that the move was unnecessary, since they were willing to work overtime, anyway.

“Since we are deciding to stay although y’all are trying to trap us on the plane, and now our layover has been shortened and we will be past our duty day, hungry and tired. It would be nice to have a deadhead at some point tomorrow.”

For safety reasons, flight crews are often limited in the number of hours they are allowed to work in a 24-hour period.

Flight attendants need to stay fully alert through the entire flight. They constantly monitor everything that happens on the aircraft for potential danger.

Therefore, the Federal Government has strict laws that forbid airlines from forcing aircrews to work over a maximum number of hours in a day. This appears to have been what prompted Delta managers to order the airplane doors to be locked.

Over the past few months, Delta has struggled to portray itself as an airline that values its employees and passengers. Company bulletins constantly describe the relationship between employees and managers as “unique,” and that everyone at the company is part of a “family.”

Now, the company will have to convince everyone that locking passengers and flight crews into an airplane is a sign that they are valued by the airline.

A Delta representative offered a tepid apology to the flight crews in a statement to the Huffington Post, which first reported the story.

“Operating an airline is a team effort and the guidance shared in this exchange does not reflect the respect and collaboration we expect of our employees when making operational decisions,” the statement read. “Delta’s unique culture is built on supporting one another and that didn’t happen in this case.”

The airline did not apologize for locking passengers in the plane.

The Machinists Non-Partisan Political League is working to enact strong rules protecting minimum rest periods for Flight Crews. This will protect the safety and comfort of the flying public, as well as helping to improve the industry as a whole.

Please help support these efforts with a voluntary recurring donation for any amount to the IAM141 MNPL.

More information is available at IAM141.org/MNPL.