Try to think of something that will ruin your day at work, and airline workers are probably dealing with that exact thing right now, while you are reading this.

Extreme weather, exhaustion, heavy machinery… the world of commercial aviation is home to every kind of workplace hazard known to man. 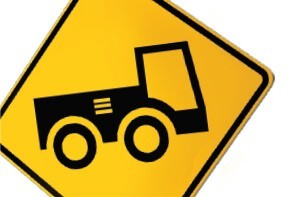 Chemicals? Explosives? Tight spaces? Airline workers wouldn’t even flinch. Airline workers are trained to deal with all that by their first day. Heavy lifting? Heights? Complicated math? Please. Some ramper somewhere is probably loading a lion or a bear into a plane at this very moment.

However hard you try, occasionally coming home feeling a little beat up is normal. For airline workers, it’s SOP. In fact, according to data compiled by OSHA, working at one of our nation’s airports is about even with construction work when it comes to how likely it is to get banged up on the job.

Airline work is dangerous. And, the longer a person does it, the more likely a severe injury becomes.

It’s hard to know just how dangerous airline work is, however. Surprisingly, there are no federal regulators or agencies that maintain a detailed and comprehensive record of injuries. What information exists can be nearly impossible to find, scattered over a confusing tangle of bureaucratic firewalls. 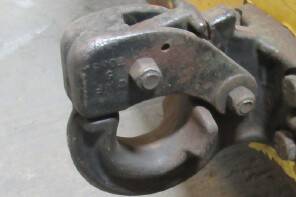 The most extensive database of airline incident tracking available is kept by Machinists Union members in Philadelphia. The small team of Safety Advocates there maintains careful records of injuries, equipment repairs, and other safety-related information of interest to airline workers. The detailed information provides what is perhaps the clearest view of the safety landscape of Airlines in North America.

According to the research conducted by the Machinists Union, the leading cause of injuries sustained by airline workers is… drumroll please… back injuries.

Hundreds and hundreds of airline workers report serious back injuries each year. Many of them are crippling.

They are also hard to avoid. Airline workers deal with several thousand pounds of bags a day, often while squeezed into the underbellies of planes. Other work areas require near-constant lifting from unavoidable awkward positions and heights. Moreover, back injuries seldom result from a single incident. Repetitive stress trauma can sneak up on you, waiting for that one special bag to become the straw that finally, well, breaks the camel’s back.

All of which makes back injuries an unwanted trademark of airline work.

To read the full story and many more like it. Check out District Lodge 141’s New Airmail Magazine. This Issue focuses on the 2018 IAM141 Safety Conference and highlights safety in the airline industry.