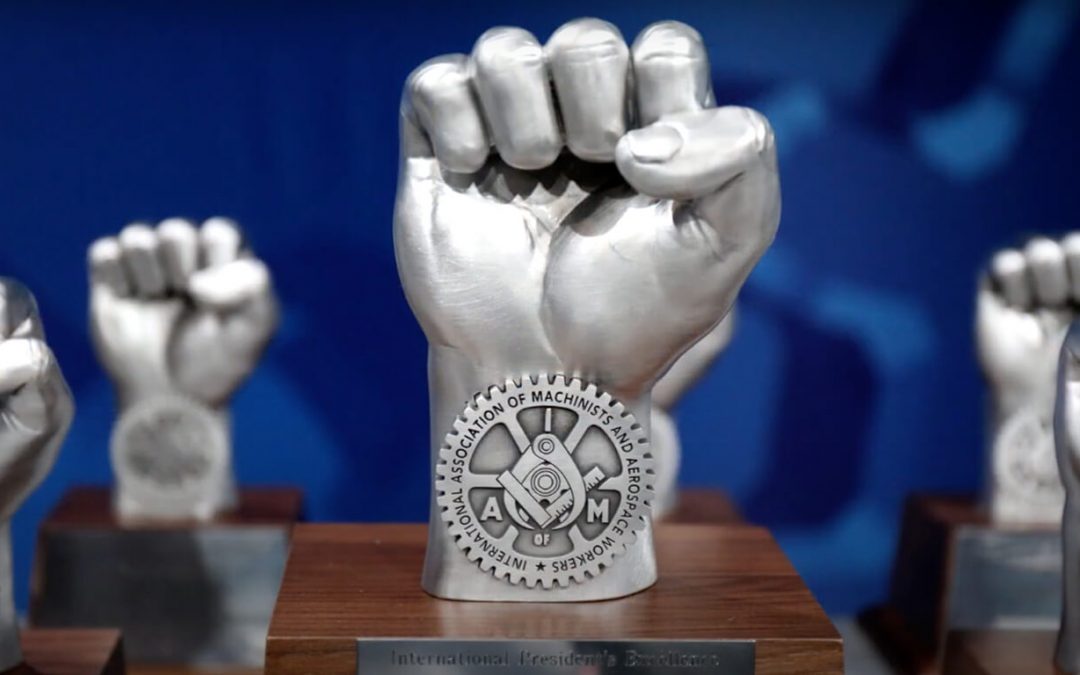 District 141 was recognized for union organizing efforts that saw more than 800 new members and 11 new locations added to the Machinists & Aerospace Union in 2019.

District 141 of the Machinists & Aerospace Union was recognized for its union organizing work, which saw 11 new locations and more than 800 new members added to the union in 2019. The accolades were presented at the second annual International President’s Excellence in Organizing Awards, held near Washington, DC., last week.

The event, held virtually this year due to the pandemic, recognizes union members for their continued efforts to grow the IAMAW and increase working families’ power.

District 141, one of the largest aviation and transportation workers’ groups in the US, was singled out for two awards, the Top Organizing District Award and the Top Organizer Award. Accepting on behalf of the District was President & Directing General Chair Mike Klemm.

After decades of decline, labor is starting to show real signs of growth in recent years. According to a recent Gallup Poll, 64% of Americans have a favorable view of unions, marking a 50 year high. Union members make an average of 20% more overall compensation and are more likely to have pensions and better health care than their non-union counterparts. Because of this, labor is finding increasing success in places like aviation.

“In 2018, we were number one in the entire AFL-CIO for organizing,” said the Machinists & Aerospace Union International President Bob Martinez. “We continue to organize new members across North America and deliver a better life to working families.” Martinez praised the union’s efforts to create a multi-level strategic organizing strategy that has proven that labor can grow and expand – even in the face of the COVID pandemic.

In presenting the awards, Machinists & Aerospace Organizing Director Vinny Addeo said, “This district… has consistently demonstrated the Transportation Department’s strategy for organizing through collective bargaining, and this approach has been working, as is evident by their success.”

“I am so proud of the efforts our organizers and leaders have put in to growing our great union and bringing power back to the working people in the U.S. and Canada,” said Martinez. “Organizing can be an extremely difficult, yet rewarding job and these members do it with tenacity, passion and drive. I want to thank Organizing Director Vinny Addeo, the Organizing Department and all the organizers in every Territory for their dedication to working families and to growing the IAM.”

“Recognizing our Brothers’ and Sisters’ successes in organizing is so paramount to the task itself,” said Addeo. “Organizing is the most difficult challenge in the labor movement and that’s why it is so important for our Union to show our appreciation to them, which reinforces the significance of their accomplishments.”

Organizer of the Year: Justin Mauldin, District 725 Director of Organizing