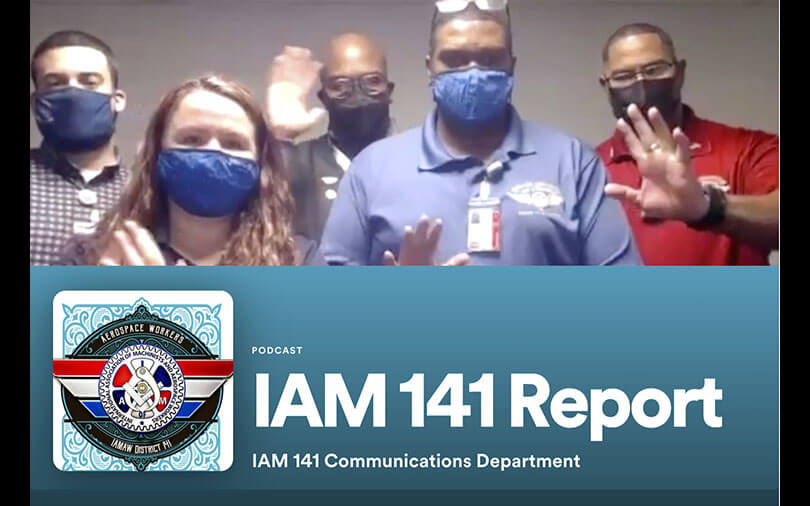 The IAM Grievance committee is a cornerstone of the union, and Newark New Jersey Local 914 has one powerful team. This week the 141 Report is speaking to Committee Chair Karl Thomas, (ATW) Committee Elizabeth Groner, (BTW) Committee Faysel Silwany, (Stores) Committee Richard Roberts, Maintenance Instructor Committee Michael Carbone, and Committee Secretary Will Josey. The six Committee members brief the viewers about their backgrounds and experience in their respective departments and talk about their current positions.

The main focus of this week’s report was the pre-contract negotiations survey for IAMAW Members at United Airlines, released online Monday. Sister Elizabeth speaks about the usefulness of the QR code added, thanks in part to the recommendation of Sister Nakia Simmons from the Local 914 UA Move team at last week’s conference in Las Vegas.

Dave asked brother Karl about the importance of completing the survey. Karl responded by saying, “We’re getting everyone fully ready to understand what’s going on by using the QR code.”

The committee is mobilizing the stewards going from breakroom to breakroom to advise the members of the importance of the survey. Karl closed by saying about the committee that “this is a large group of people – and great to work with. Everyone is on top of their game, and we have good relations with management to get things done.”