What do attorneys and shop stewards have in common? A lot, according to one lawyer. 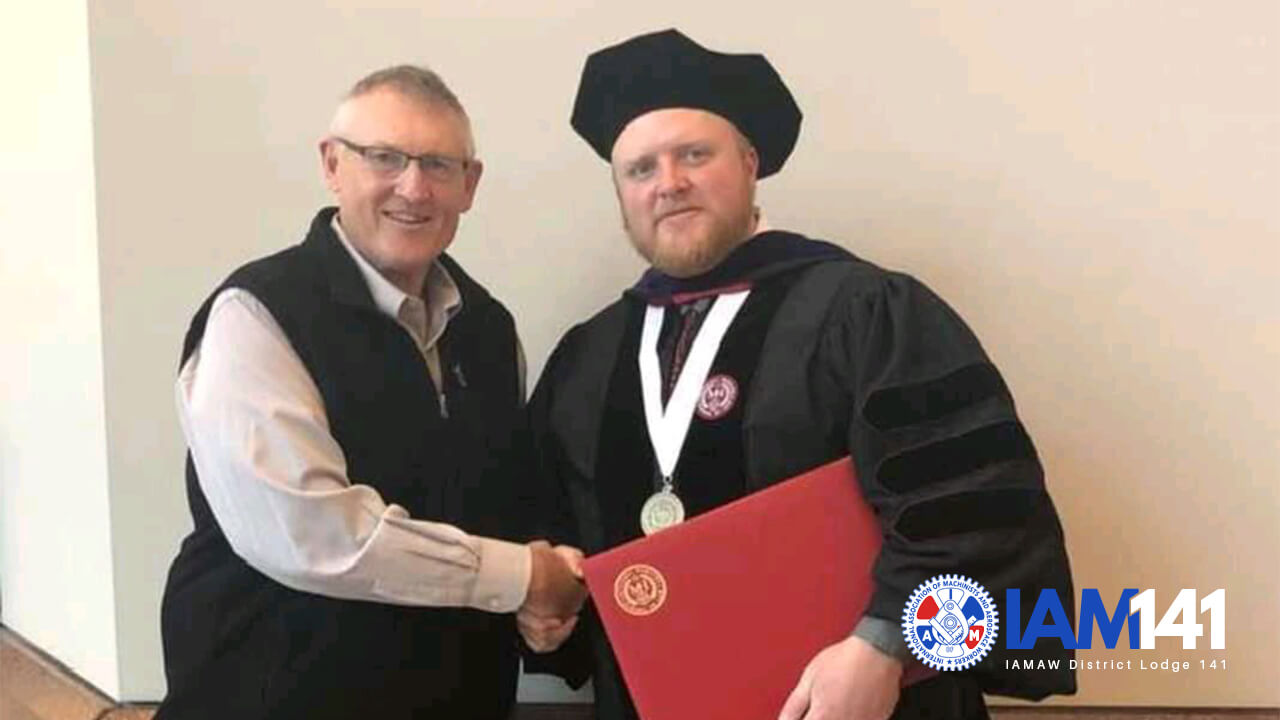 Anyone who has ever watched union shop stewards in action has probably noticed a lot of parallels between the work they do and that of a defense attorney. According to one lawyer, there are good reasons for the comparison. 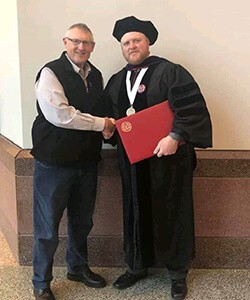 He’s also the President and Grievance Committee Chairman of IAM Local 1833 in Minneapolis-St. Paul. A 24-year employee of United Airlines, Lindell is the primary enforcer of the contractual agreements made between the airline and the 300 Machinists at MSP airport.

Whether representing members of his hometown rural farming community in a court of law or representing unionized airline workers before managers at United Airlines, Attorney AJ Lindell knows what he’s talking about.

In fact, his experiences as a union steward directly inspired his decision to enroll in law school. 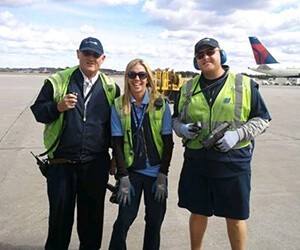 A family affair: AJ with his wife Tiffany, a Ramp Services Agent in MSP. His father Bob Lindell also worked there for 20 years, retiring in 2016.

“I became a shop steward because I noticed that there was a need for someone with the right skills to stand up for those who couldn’t stand up for themselves,” Lindell said in a recent interview. “I found that I could provide a voice for that.”

“I could use the rhetorical skills I had developed to stand up and speak for people when they couldn’t speak for themselves.”

“It’s just a natural evolution to a courtroom situation. When I was representing people as a shop steward or in hearings as a Grievance Committee member, it just became a natural outgrowth to think, ‘what if I could take this to the next level? What if I could do this in a courtroom setting and be an advocate for those individuals?’”

“After finding success in union grievance hearings and representation, I wanted to find out how well those skills would translate into a courtroom setting,” said Lindell. “And, I found out, they translate pretty well.”

The son of an airline worker, Lindell has a keen interest in labor law, yet he also maintains a close connection to the farming community values he grew up with. He plans to serve as a voice for these two communities over the coming years. 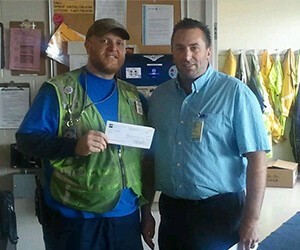 “It isn’t just because there’s a JD behind your name,” Lindell explained. “You build credibility through being a shop steward that investigates a particular situation, you build credibility when you’re a committeeperson and you advocate zealously on behalf of the employee.”

“The need for a union is absolute,” Lindell said of the importance of union activism. “When it comes to job protections when it comes to identifying issues for contract negotiations… when you have a union and a membership standing behind you… it’s incomparable. There is simply no other advocacy that is on par with having a group of individuals collectively working towards something and collectively advocating. If that means better healthcare, better wages, better pensions, nothing that exists is better than a group of individuals moving in one direction. And, companies have a very difficult time overcoming that. The more collective we are as a group, the easier we can get to that point that we want to get to.”