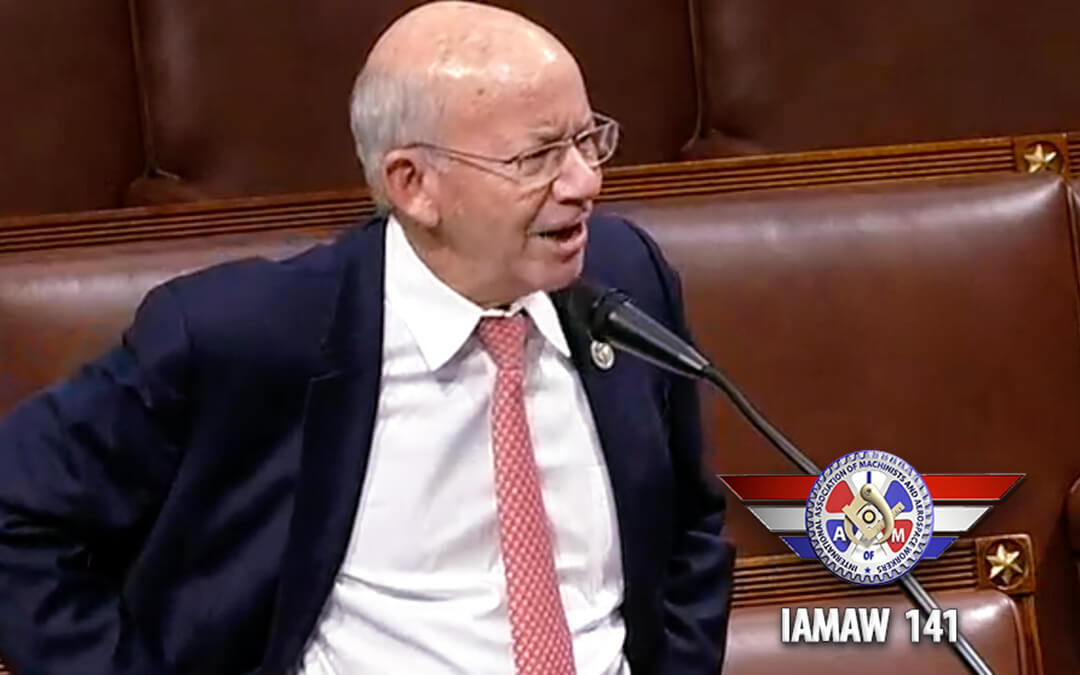 After Republican leadership in the House of Representatives blocked a motion to pass legislation to provide emergency relief for airline workers, a clearly frustrated Rep. Peter DeFazio (D-OR) took to the floor to call them out.

Congressman DeFazio, the Chairman of the House Transportation and Infrastructure Committee, has been a leading voice in efforts to advance payroll support for airline workers. In July, he wrote a letter calling for a clean extension of the Payroll Support Program that gathered the support of a bipartisan majority of Congress members. The letter was promoted by Machinists and Aerospace Union members nationwide.

Despite over 90,000 messages being sent to the House and Senate from airline workers over several months, lawmakers did not approve an extension of the PSP before it expired on September 30, and tens of thousands of airline workers are out of jobs as a result.