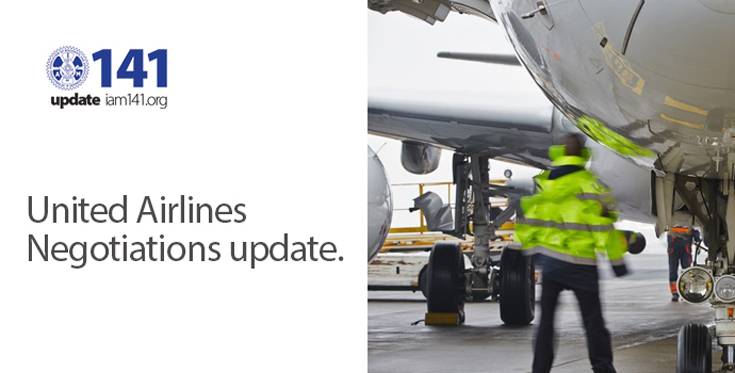 Both parties bargained intensely during the week and exchanged multiple proposals regarding the quality of life issues IAM members identified that needed improvement for these negotiations to be successful. United management has been slow to make the necessary decisions that will resolve these issues to the extent the membership has demanded.

We are ready and eager to bargain work scope improvements once these other quality of life issues are addressed. We are also prepared to finish these limited issue negotiations by attaining the compensation improvements that our members deserve and to which United’s executive leadership committed before we began these limited issue negotiations in December.

We once again reminded United’s negotiating team of their leadership’s pledge to deliver industry leading contracts to IAM members at United Airlines.

Future negotiations are to be determined and will be reported when confirmed.