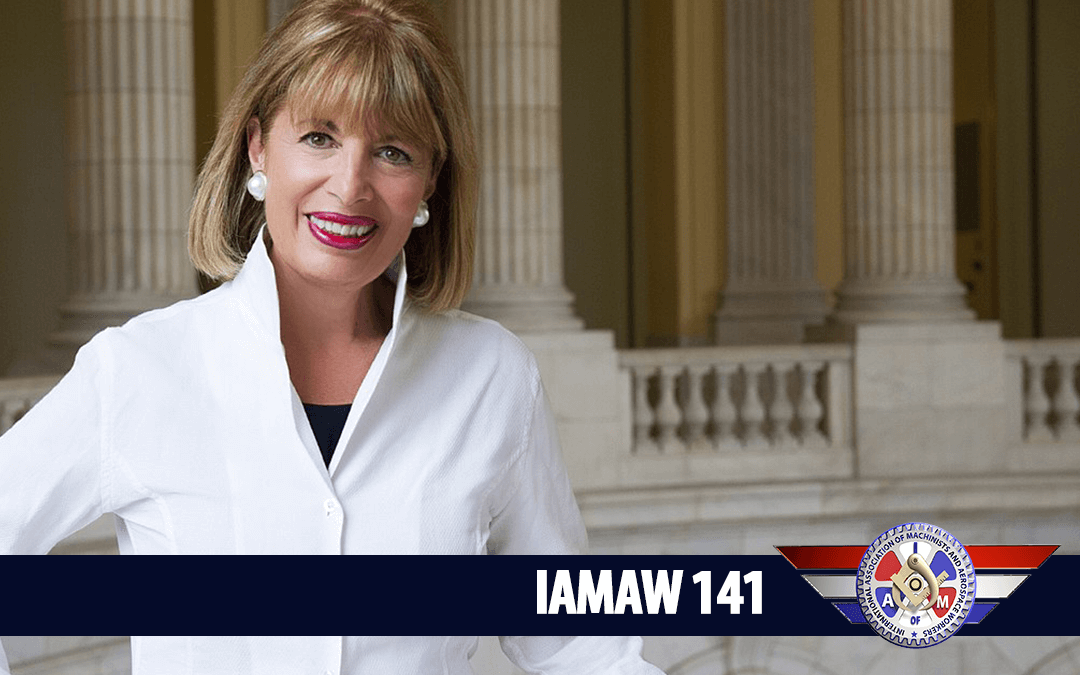 Congresswoman Jackie Speier (D-CA) called out United Airlines for its attempt to furlough thousands of front-line essential workers. The carrier tried the move after accepting billions of taxpayer dollars that it promised to use on payroll costs but reversed course after union opposition.

When the Coronavirus Aid, Relief, and Economic Security (CARES) Act passed Congress with overwhelming support, airlines like United lined up to get their share of the $50 billion in aid specifically allocated for them. The CARES Act directed air carriers to spend the money on payroll, which is a large portion of their operating costs, to help avoid bankruptcy at least until October. By then, they planned to draft a new relief bill or hoped a treatment for COVID-19 would be available.

The Federal aid came with strings attached. First, executives and shareholders couldn’t use it to increase executive and management pay, to boost stock buyback schemes, or invalidate collective bargaining agreements. Second, the money had to go towards paying their employees. Airlines, including United, promised not to cut pay and benefits until October.

“United will not conduct involuntary furloughs or pay cuts in the U.S. before September 30th,” United CEO Oscar Munoz said in a memo to United’s 100K employees on March 27.

The $5 billion in payroll assistance is not enough to cover the full operating costs the airline faces, Kirby argued, so executives looked for loopholes and excuses to keep the money and ignore their obligations to use it to keep employees intact. According to Kirby, they were keeping the money and cutting back employee compensation and benefits five months before the agreed-upon October date. Kirby contends that, since executives wanted to cut pay by cutting hours, they were in “full compliance with the CARES Act” which forbids cuts in pay if the airline accepts taxpayer help. (Thanks to the CARES Act, labor costs are covered by taxpayers, not passengers.)

The immense outcry from passengers, unions, and lawmakers did not take long.

Just before United backtracked from the decision, Representative Jackie Speier (D-CA) released a statement calling out the plan to lay off thousands of workers, stating she was “dismayed” to learn of the move.

“Your company has agreed to take approximately $5 billion from the CARES Act Payroll Support Program. This includes a grant of $3.5 billion and a 10-year loan for $1.5 billion” the Congresswoman said a letter to CEO Oscar Munoz. “United itself acknowledged that the receipt of this federal government money ‘Will be used to protect the salaries and benefits of employees through September 30, 2020.’”

Congresswoman Speier noted in her statement that United executives “have announced the reduction of scheduled work hours by 25% for almost 1,600 United Airlines employees at San Francisco International Airport (SFO), effective May 24, 2020.”

Rep. Speier represents California’s 14th Congressional District, including the area adjacent to SFO Airport, one of the largest and most historic airfields in the US, and an important hub for United Airlines.

The furloughs at United would not have been mere hour reductions. As hourly workers, the benefits airline employees receive are tied to the total of hours worked. This means that a cut in scheduled hours would also reduce vacation and sick time accruals, holiday pay, pension contributions and unemployment insurance options. Amid a global pandemic, many would have lost eligibility for Family and Medical Leave Act protections, plus other benefit programs which vary state-by-state.

“This is not the way to protect the salaries and benefits of these 1,600 employees and their colleagues throughout the country,” Rep. Speier said. “United contends that this 25% reduction in work hours does not violate the CARES Act because their hourly rate of pay did not change. I find that position disingenuous and not in the spirit of the CARES Act. These workers will have a 25% reduction in their gross incomes,” the Congresswoman said.

Congresswoman Speier has been a strong supporter of United’s unionized ramp and customer service workers for years. In 2013, she worked to protect the Maintenance Operations Center at SFO. That facility is one of the largest on the West Coast and employs 3,500 workers.

The ramp and customer service agents that United attempted to furlough are represented by the International Association of Machinists and Aerospace Workers. The IAMAW is the largest union of aerospace and transportation workers in North America, with members at all major airlines, and at NASA, Boeing, Lockheed Martin and Bombardier.

“We are overwhelmed with the support we are getting from lawmakers like Rep. Speier,” said IAMAW District 141 President and Directing General Chair, Mike Klemm, in a statement. “To have the authors of the law support and amplify our position is priceless. I want to thank Rep. Speier and all the legislators and public officials who have reached out to us this week. We appreciate you.”

Klemm also praised the grassroots, bi-partisan advocacy efforts from front-line union members. “Our members at United have proven they are tireless defenders of this industry, their passengers, and their fellow union members. What our union does when we are all working together is extraordinary. I want to thank our union’s essential workers, and our AGC’s and elected officers, who are stepping up in an incredible way through this crisis.”

The full letter is available HERE>