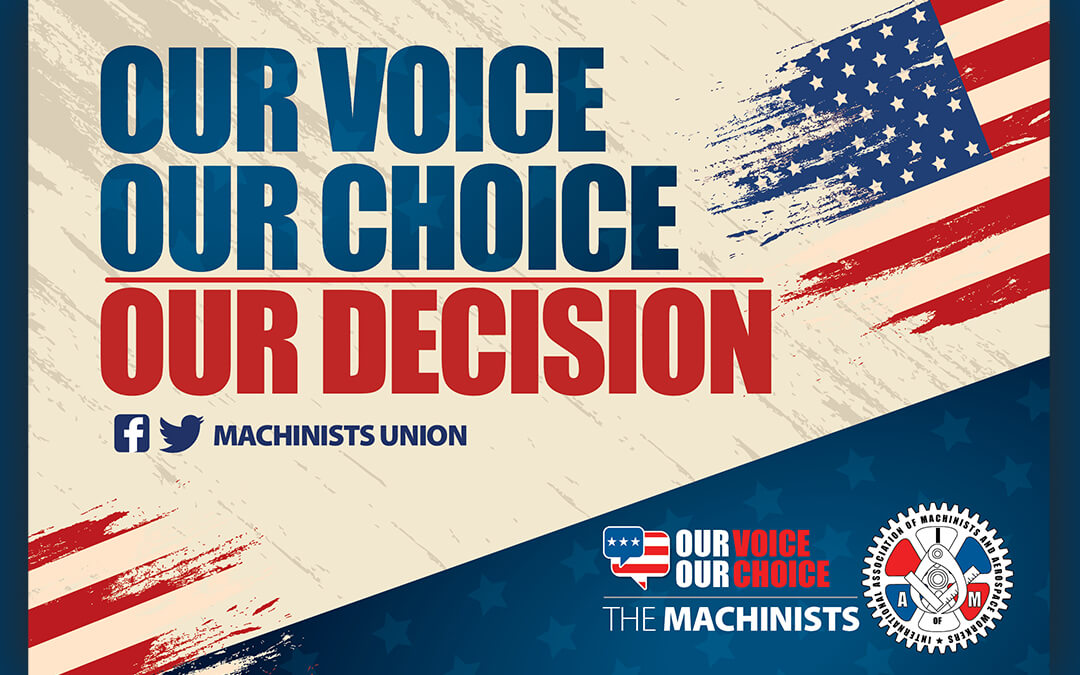 “The American people have spoken and democracy has prevailed. Our union and our nation are moving forward with Joe Biden and Kamala Harris to do the work needed to emerge stronger than ever from these difficult times.

“We sincerely congratulate President-Elect Biden and Vice President-Elect Harris, and all the pro-union candidates who won races from coast to coast. The Fighting Machinists Union was proud to endorse you in a membership vote and looks forward to building a better future with you. I am also grateful for every Machinists Union member who voted in this election, no matter how they cast their ballot.

“A new kind of work begins today—and the task in front of us is great. We have seen unemployment unrivaled since the Great Depression. Millions of American families have seen loved ones pass or sickened from an out-of-control pandemic. Our nation has deep divisions along the lines of race and class.

“But a new day has come to America. This time, the interests of working people must be put before corporations and the ultra-wealthy. Our members have seen their plants close, livelihoods upended and communities torn apart in the name of corporate greed. And just as we did during this administration, we will hold the next administration accountable to bring our jobs home.

“The Machinists Union can be counted on to serve as a trusted partner in building back our nation better than ever before. Working together, we can preserve and create good union jobs that will power us to a brighter future. We can ensure that every American has access to quality healthcare and a secure retirement. We can create opportunity for each and every one of us—no matter our race, religion, national origin or who we love.

“We can and we will accomplish great things together. The next chapter of this great American story begins now.”

The International Association of Machinists and Aerospace Workers (IAM) is among the largest industrial trade unions in North America and represents nearly 600,000 active and retired members in the manufacturing, aerospace, defense, airlines, transportation, shipbuilding, woodworking, health care, and other industries.