Local Machinist President: “Any Threat to Our Jobs Will Not Stand.” 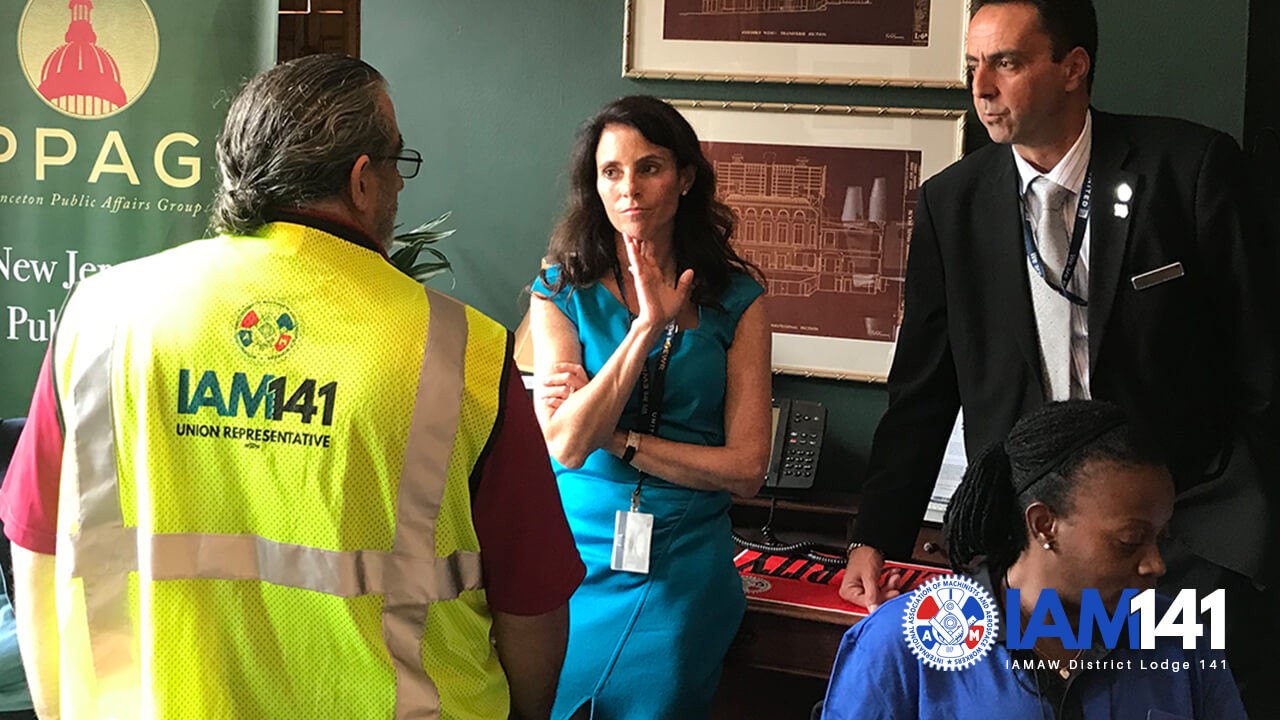 Members of Local 914 based at Newark Liberty Airport (EWR) descended on New Jersey’s State House in Trenton to express their opposition to a proposed bill that targets their employer, United Airlines, for an increase in jet fuel taxes. The legislation, S-2892, sponsored by NJ State Senate President Stephen Sweeney, seeks to finance the expansion of rail service into the airport. The proposal could increase the tax burden on the airline by $20 million dollars. According to company spokespersons, the costs could prompt the company to take emergency measures to mitigate costs.

United spokesman Sean Williams warned of a “substantial risk of causing costs to go up on passengers”  and that the new tax burden could possibly mean changes to routes. “I mean, something has to give here.”

While the bill does not explicitly mention United, it is drafted to only apply to any airline that carries over 8 million passengers a year. As United is the only airline operating at EWR that matches that description, the tax increase would only impact the carrier. This drastic increase in costs to United threatens the jobs of almost 3,000 IAM District 141 members who work in Customer Service, Fleet Service, and Stores.

Ines Garcia-Keim, Local 914 Legislative Director and President of the NJ State Council of Machinists, testified at the Senate Transportation Committee hearing: “Simply stated, higher taxes on jet fuel would significantly drive up costs and will have a negative impact on our customers and our jobs. This proposed legislation unfairly targets our company.”

IAM Members and Officers from District 15, Local 447 and from the NJ State Council of Machinists were also present in solidarity in the hearing room.

The Senate committee voted 3-2 to move the bill, but 3 senators voiced concerns that they said would be addressed in the general session.

Bill Gula, President of Local 914, said: “The Fighting Machinists were in full force in Trenton today. We will stay in this fight until the New Jersey Legislature recognizes that any threat to the security of our jobs will not stand.”

All union-directed political action defending the interests of airline employees and IAM members is funded entirely through voluntary contributions to the Machinists Non-Partisan League. To learn more about how you can get involved, contact IAM141 Legislative Director, David Roderick, or visit the MNPL page to contribute today.