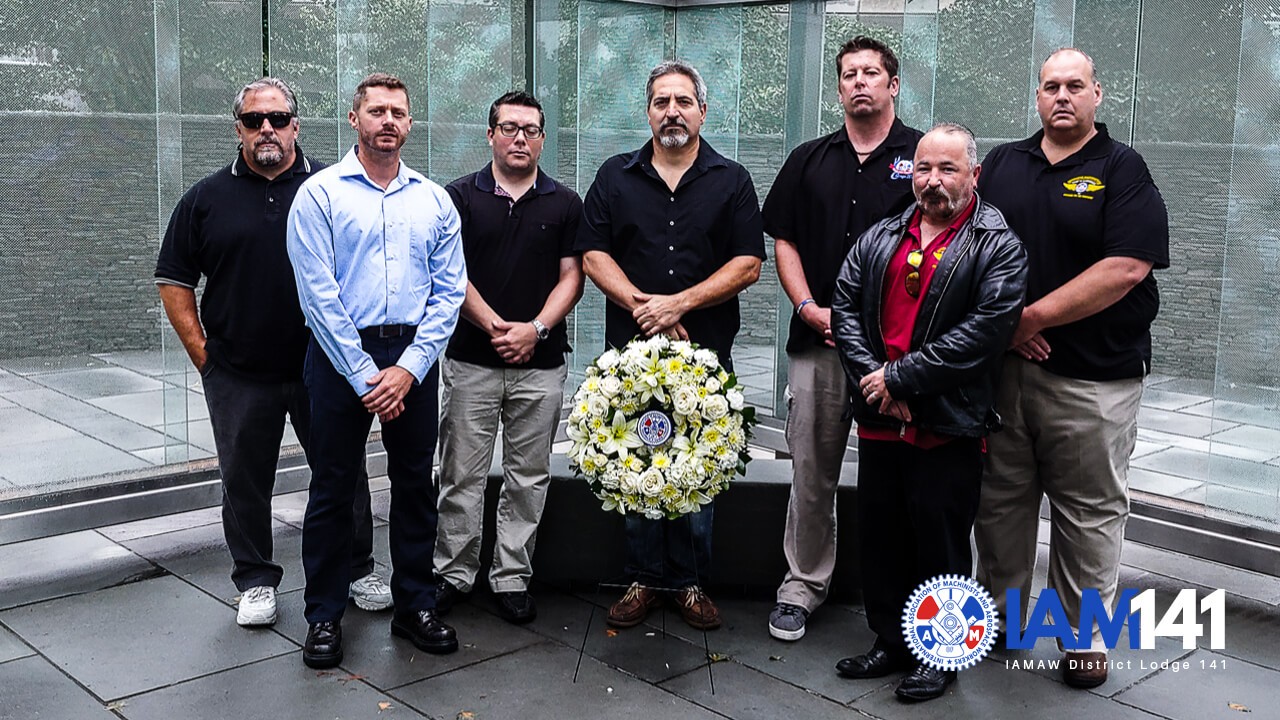 When Mike Bucci first learned about the events of September 11, his instinctive response was to find out which flights were involved. As a ramp agent for United Airlines since 1992, Mike wasn’t thinking about newsreels or terrorism. His concerns were similar to those of thousands of other airline workers around the nation; he was thinking about people: Flight crews, passengers.

LAX Flight 175, which Mike worked nearly every morning from Gate 25 at Boston’s Logan Airport, was often full of families leaving for the theme parks and beaches of California. “When I think of 9/11, I think of baby strollers. That’s what I always think about,” Mike said. “I worked that flight all the time, and the jetway was always full of baby strollers.”

Mike’s heartbreaking instincts turned out to be correct. The flight that day was lighter than normal, but still included three children young enough to need strollers.

Each year, Mike Bucci and the members of IAM Local 1726 hold ceremonies honoring the memory of those lost on 9/11, including two members of the Boston Local. United Airlines Customer Service employees Marianne McFarland and Jesus Sanchez were both onboard United 175. Another IAM member, New York City Firefighter Keith Maynard lost his life in the collapse of the Twin Towers. 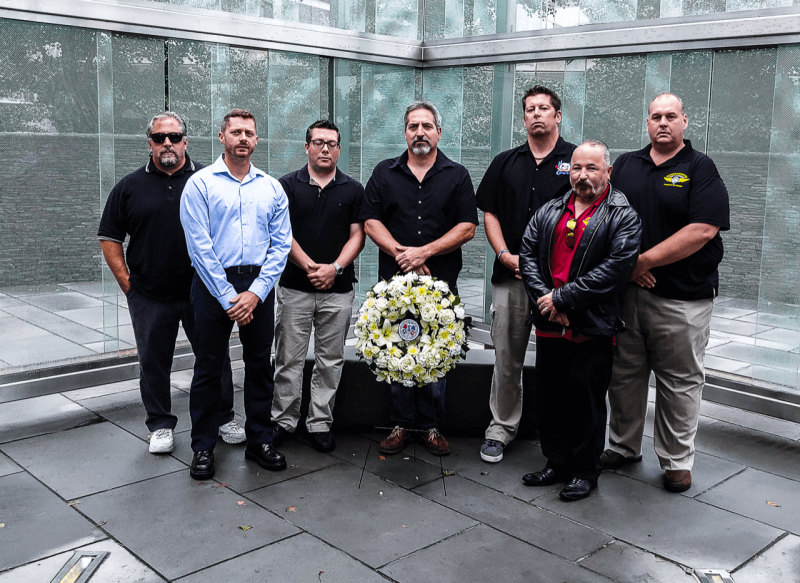 Mike Bucci is the President of Boston’s Local 1726 and oversees yearly 9/11 remembrances, which include a solemn flag-raising ceremony, and a commemorative wreath laid each year at the Logan Airport 9/11 Memorial.

IAM General Vice President of Transportation Sito Pantoja issued a statement reflecting on the tragedy, saying, “the events of that day continue to shape every aspect of our lives and society.”

“We will also never forget the heroism of the crew members who lost their lives on that fateful day,” said Pantoja. He called on IAM Members to “take some time today to remember our lost heroes, and to also recognize the thousands of Machinists who work every day to ensure our safety as we travel by air and rail.”

For Mike Bucci, the yearly commemorations are driven in part by a deep respect for the women and men of Local 1726, whose lives remain shaped by the tragedy. “Everyone at this local was touched by 9/11,” Mike said. “It’s a poignant time of year. Union guys loaded these flights. We all knew those planes. This hurt all of us.”

Boston – area IAM members who would like to learn more about volunteer opportunities at Local 1726 are invited to attend monthly Business Meetings. The meetings are held on the 2nd Tuesday of each month at 2:00 PM at the Local Lodge Offices, located at 830 Saratoga St. East Boston, MA 02128.