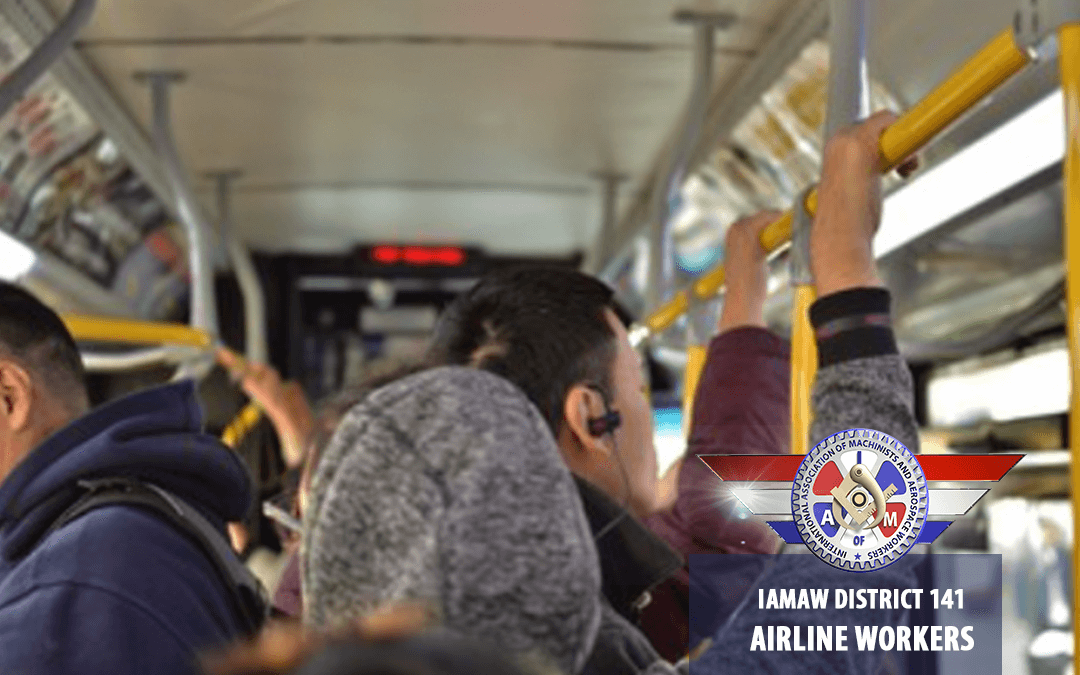 After unions called on authorities to bring down the cost of parking at Houstons’ airports during the COVID-19 outbreak, Airport Commissioner Mario Diaz announced that free parking passes would be issued for airport workers.

Victor Hernandez, Assistant General Chairperson from the International Association of Machinists and Aerospace Workers, District 141, said, “Our employees park remotely and have to take a bus to the terminal, but these buses are packed like sardines. It is nearly impossible to practice social distancing. Our union asked the city of Houston and Houston airport system to make airport terminal parking available to airport workers at no or low cost, and after weeks of advocacy they listened.”

Hernandez and other Union activists in Houston were able to secure hundreds of free parking passes for airline workers, preventing thousands of dollars in fees. More importantly, it will make the commute to work safer for everyone, including those who do not end up using the passes, since the remaining workers will come to work in busses that are much less crowded.

Hernandez and the International Association of Machinists led the advocacy effort for workers at the airport, with support from the Texas Gulf Coast area labor Federation.

Texas Gulf Coast Area Labor Federation Executive Director Hany Khalil said, “this is a great win for the working people keeping Houston’s airports running. Having a union gives workers a voice to speak up for safety protections on the job and protect public health. But it’s just a start. Working families need the city of Houston to adopt bold measures to protect the health of workers and critical industries and provide relief to workers who have lost jobs and hours due to the COVID-19 pandemic.”

District 141 President Mike Klemm also praised the union in Houston, saying, “This work could not have been done by a single person. This is the kind of effort that can only be done in union with other people that share our same goals. This is one more example of outstanding leadership from our front-line sector. I applaud the women and men of Local Lodges 2198 and 811 for getting this done.”

Our Union is facing the COVID-19 Pandemic together. Everyone is pitching in. Nobody can do it alone. Share the hard work that your local lodge, membership, and committees are doing to help protect airline workers and passengers through this crisis.