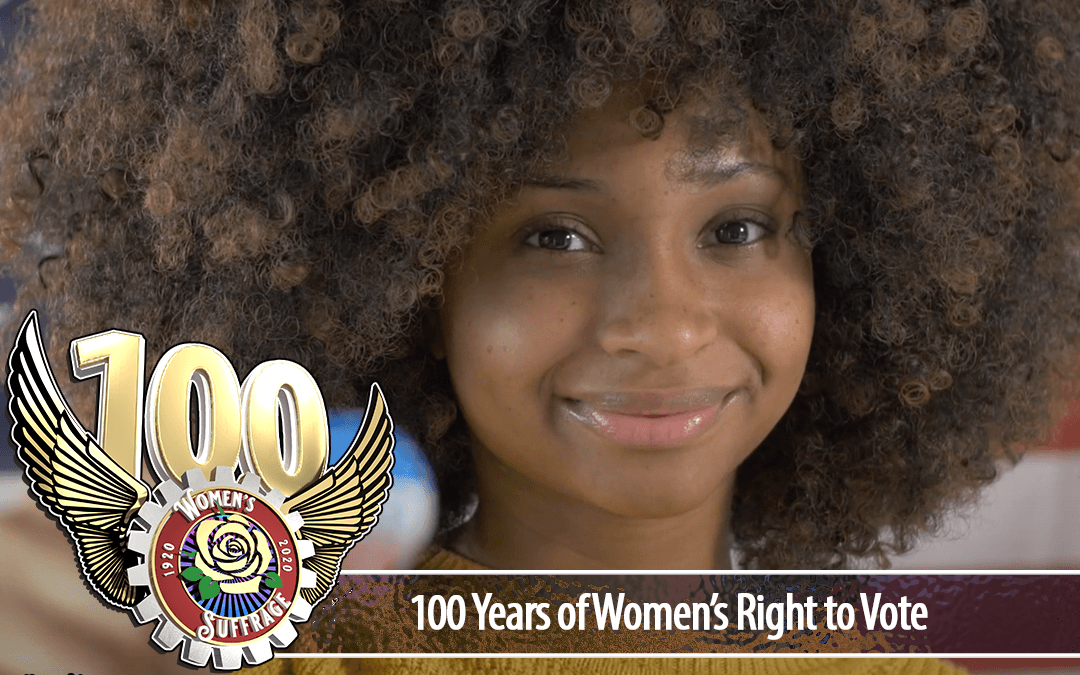 100 Years ago, women first won the right to vote. While we’ve come a long way in our ongoing work to create a more perfect union, our work is far from finished. Good news is, we’re nowhere near finished, either.

When the Machinists Union was founded in 1888 and for years after, there were no women in that Atlanta railroad pit, brainstorming about how to get better wages and working conditions. but that doesn’t mean they didn’t want­­ those things. “They wanted the freedom to decide how to live their lives, whether that was homemakers or workers or advocates or all three,” said Carla Siegel, IAM Deputy General Counsel. “They wanted the freedom to be able to have a voice in the policies that affected their families, that affected their schools, that affected their communities and their coworkers.”

In the 19th and 20th centuries, women were often treated as second class citizens, regardless of their skills. yet, they fought for the right to vote, just like men did in local, state and national elections. “They engaged in nonviolent protest, which was nonetheless illegal and they paid the price for that,” said Mary McHugh of the William W. Winpisinger Education and Technology Center. “They went to jail, they faced physical dangers, in order to put public pressure on elected officials to move women’s suffrage forward as a constitutional issue.”

Deputy General Counsel Carla Siegel says technically, the constitution didn’t actually prohibit women from voting. “It doesn’t refer to gender at all and some states allowed it, but because there were strong forces that were prohibiting women to vote in certain states, there was the push for the 19thAmendment to make it clear that of course, women had the right to vote.”

One hundred years later, women of all races, ethnicities and identities are exercising the rights to vote, despite the fact that many were initially excluded from white women’s suffrage efforts in the early 1900s. “African American women, Native American women had to continue to fight to really be able to realize a right to vote what the constitution said and what the reality was, were not the same things,” McHugh said.

In 2020, women of color are finally getting the recognition they deserve… women like Mabel Ping-Hua Lee, 16, who led ten thousand people in the New York suffrage parade in 1912, or Ida B. Wells, who created the Alpha suffrage club in 1913. “It’s a huge accomplishment,” said Vivianne Simon of IAM Local 1295 in Toronto, Canada. “We need to get more people involved just to show the solidarity for women and to be there for those who basically died for us, to acknowledge them and to show them respect by all coming together to bring it higher. Raise the bar.”

Although Simon lives in Canada, which gave women the right to vote two years before the United States, she and other IAM members understand the significance of the anniversary and the parallel it has to voting in union elections. “Well, I love that we’re celebrating a hundred years and I’ll say a hundred years of success because that’s what women’s suffrage was all about, gaining these types of rights,” said Kimberly Fedd of IAM Local 774 in Wichita, Kan. “This year in particular is a big year for our local and our district. Elections are coming up… that right was fought for and it’s a big deal.”

Women have made great strides in the workforce, even though all of us still don’t have equal pay for equal work in the United States and Canada. But, we have a better chance if we’re in a union like the IAM. Nevertheless, having a right and using it are two different things. “If you’re visible, if you’re active, if you’re vocal through your vote, through attending meetings, through getting involved in the subcommittees that may exist in your local or in your district, that’s how we move forward our agenda as women and as women inside the labor movement,­” said Ines Garcia-Keim, President of the New Jersey State Council of Machinists.

It’s a movement that still needs to be held accountable when it comes to equal rights, gender equity and inclusion, on the shop floor and in the union hall. “Unions aren’t perfect. We have still have a lot of work to do,” said Dora Cervantes, IAM General Secretary-Treasurer. “But, the wage gap is smaller and almost non-existent in union shops. Having women move up the ranks ensures that equity remains a priority.”