Would You Rather Make More Money – or Have a Higher Hourly Wage? 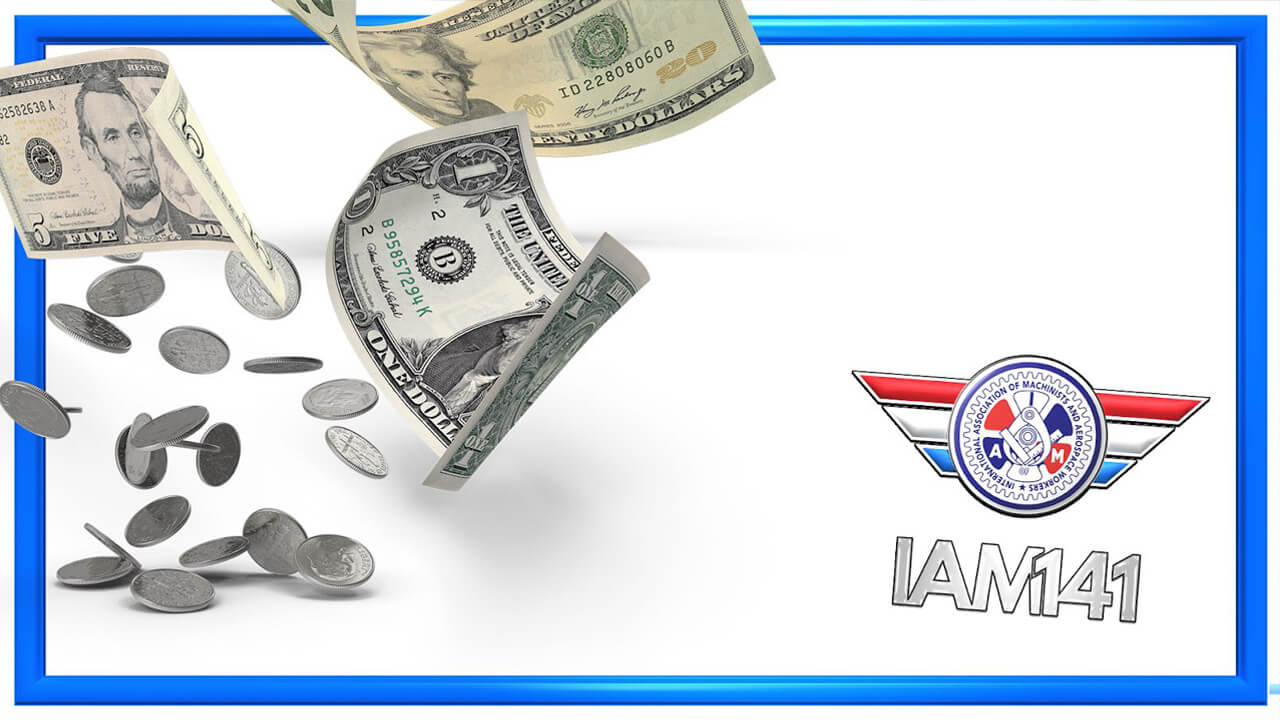 High wages are great, but there’s a lot more that goes into a union paycheck.

If you’re a member of the largest airline union in the world (the IAMAW), you are better compensated than anyone else who does the same work as you. That fact remains true even if someone else makes more money per hour.

How is this possible?

Many things go into building a union paycheck. How many hours you are allowed to work, overtime rules, bonuses and benefits – to name a few. At non-union workplaces, an eye-catching hourly wage might come with hidden costs, such as a smaller pension, forced time off and sick leave policies that deduct from vacation time. These things can drain a paycheck and leave workers wondering where all the money went.

Many people confuse an hourly wage with overall compensation. In reality, your wage is only one of the reasons that you are financially better off (or not) working at one company over another.

Bloggers who don’t work for an airline and company spokespersons might claim that one set of employees is “better paid” than their union counterparts. However, they probably aren’t looking at the full picture.

What is “Overall Compensation?”

A significant portion of your income isn’t part of your hourly wage but still counts toward your total compensation. Some of this is considered income for tax purposes, and some is not.

For example, the value of specific benefits, such as travel privileges, bonuses, and “premium” overtime are considered income to the IRS. Other benefits, such as work rules that allow for nearly-unlimited day trades and paid training, are harder to calculate unless a worker uses them.

Other policies that can boost your take-home pay and net worth are arguably just as important as base wages. Things like your pension and health benefits can add many thousands of dollars to your financial security. Also, don’t forget your vacation time and sick banks. Those have value as well.

All of this combines to create your total compensation, the figure that determines your overall net worth and how financially secure you and your family actually are.

Take Delta Air Lines. Delta ramp workers have a fair hourly wage, often ranging over $30. They also earned an extremely desirable profit-sharing check this year, splitting a record-shattering $1.3 Billion in company profits. Anyone would be happy with money like that.

However, Machinists and Aerospace Union members at other airlines wouldn’t want to trade places with Delta employees. Even if the hourly wages are competitive with those at United and American, union members would be taking a crippling pay cut to work at Delta, even if it might mean slightly higher hourly wages.

As just one example, Delta employees do not get a pension. The company only offers a company match to employee contributions to a 401(k) plan and does not have a fully-funded defined benefit pension plan. Delta is so intent on killing pensions that executives are deducting costs related to on the job injuries from the retirement accounts earned by former Northwest workers who now work at Delta. The airline has consistently raised insurance rates along with wages increases, which can erode a paycheck faster than inflation. In this way, Delta employees raises do not keep up with cost of living expenses in most of the country. Union members at United and American get health insurance plans that are locked in with a legally-binding contract.

Also, while the profit sharing at Delta is something that all companies should be working to emulate, union members at United chose to guarantee their profit sharing each and every year. They did this by boosting the hourly rate they earn all year. Moreover, their yearly profit sharing cannot be taken away, gambled, or spent on stock buyback schemes.

Earning a substantial hourly wage is always a good thing. But workers shouldn’t allow one single figure to distract them from their overall compensation rates. Machinists and Aerospace Union members certainly haven’t. In every classification in which they work, Machinists earn the highest total compensation levels in the industry. From rocket and aircraft builders and from astronauts to airline ground crews, the most highly compensated workers are always members of the Machinists and Aerospace Workers Union.