United Airlines will Launch a Star Wars-Themed Aircraft This Fall 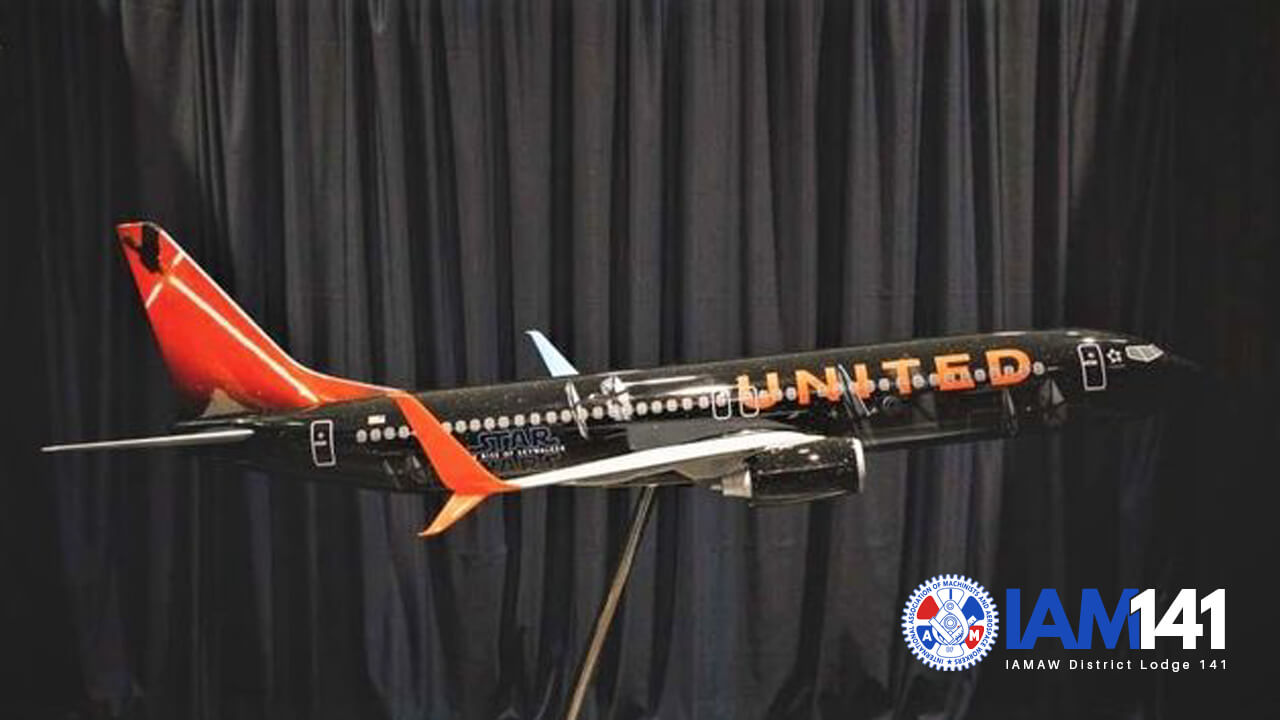 Nonstop to Chicago in Under 12 Parsecs: United Airlines will Launch a Star Wars-Themed Aircraft This Fall and Mark Hamill Thinks it’s Cool.

During last week’s “Star Wars Celebration” in Chicago, United Airlines unveiled a mockup that will thrill fans of the beloved sci-fi franchise.

In partnership with Disney, United Airlines plans to fly a specially-themed plane to help promote the upcoming film, “Star Wars: the Rise of Skywalker.” 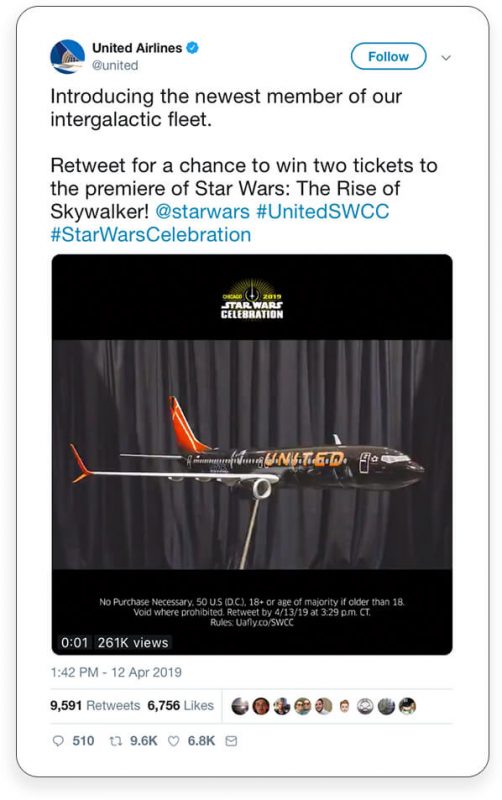 The airline, passengers and fans reacted to the announcement with thundering applause. 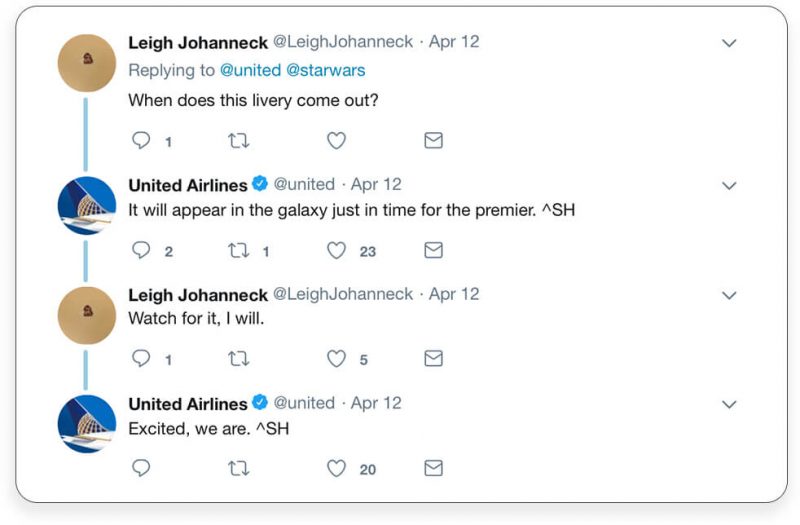 And, just when everyone thought that the Force could get no stronger, Mark Hamill, aka Luke Skywalker, dropped in to offer a quick review.

And, because he’s Mark Hamill, he made sure to take the lid off the blender first. 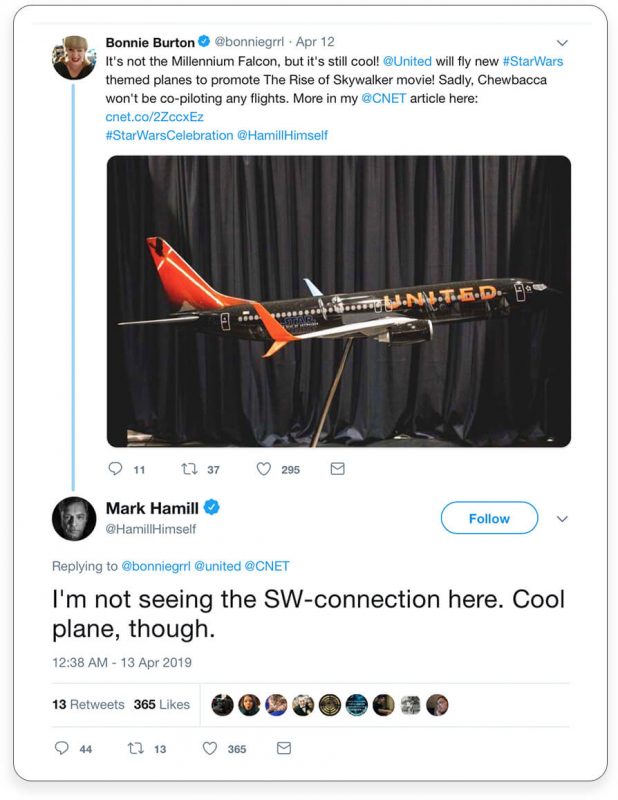 Fans couldn’t be sure if Hamill was trolling or serious. So, just to be sure, a few of them actually tried to prove to the Star Wars actor that the Star Wars plane was actually… Star Wars-y.
The fans eventually got him to admit that there was SOME connection. From a certain point of view. 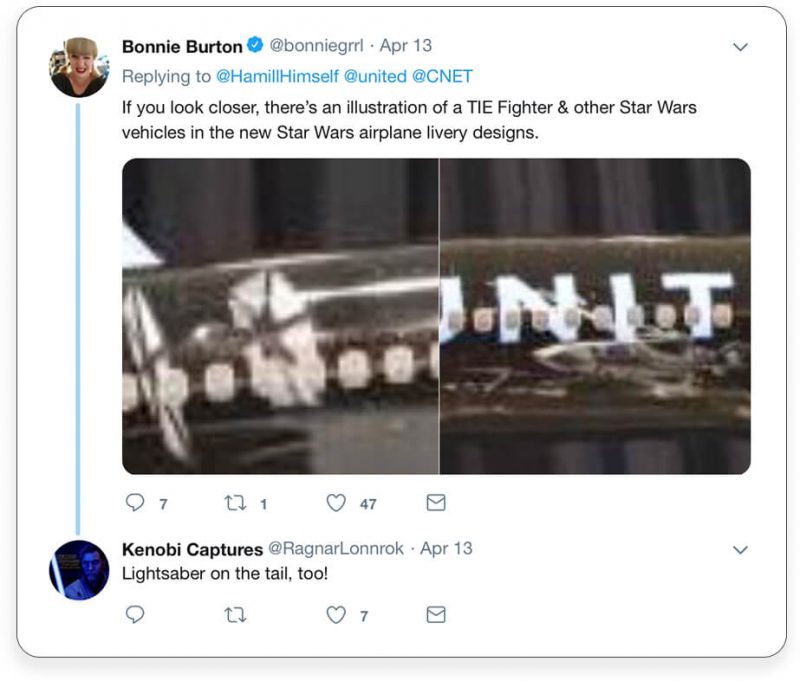 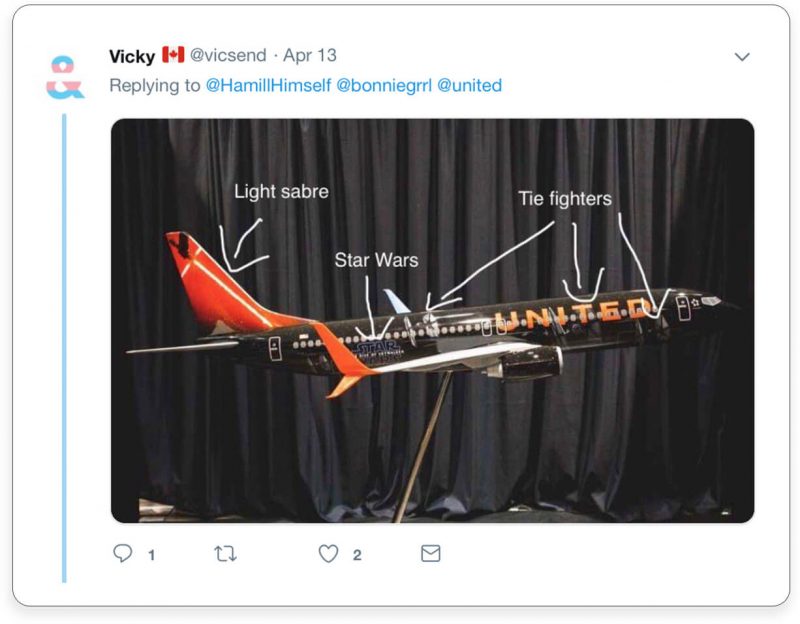 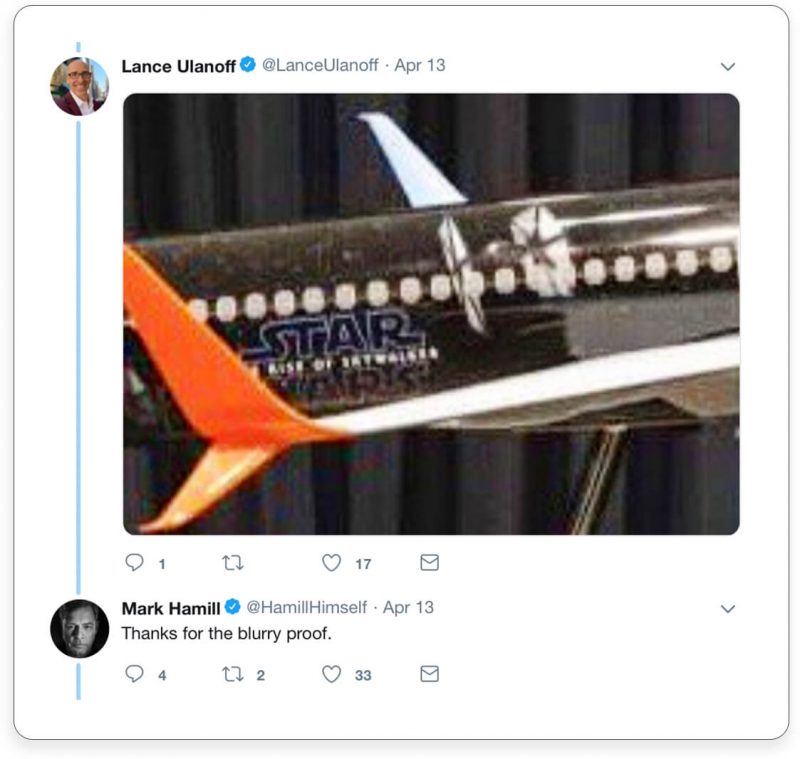 The whole thing even seemed to please the galaxy’s most emo overlords. 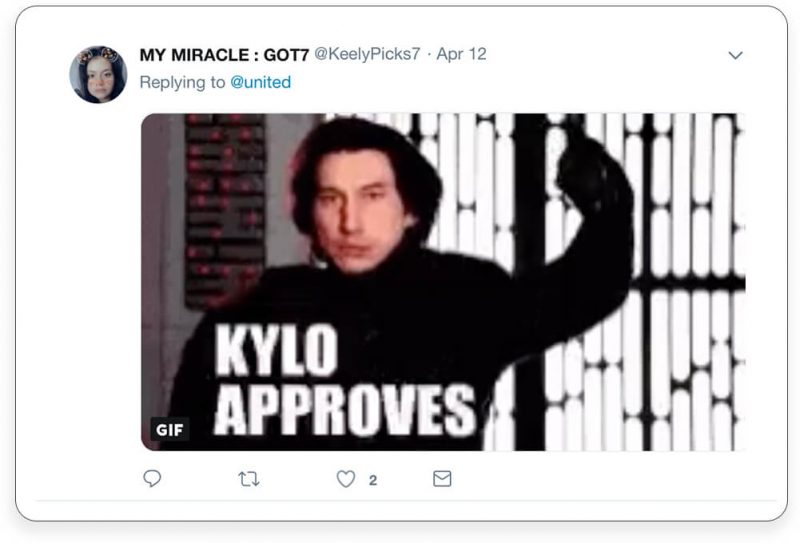 The United commemorative Star Wars airplane is scheduled to start making public appearances sometime this fall. It’s not being assigned to a particular route, so it might be spotted at airports around the country.

Star Wars: The Rise of Skywalker will hit theaters December 20.