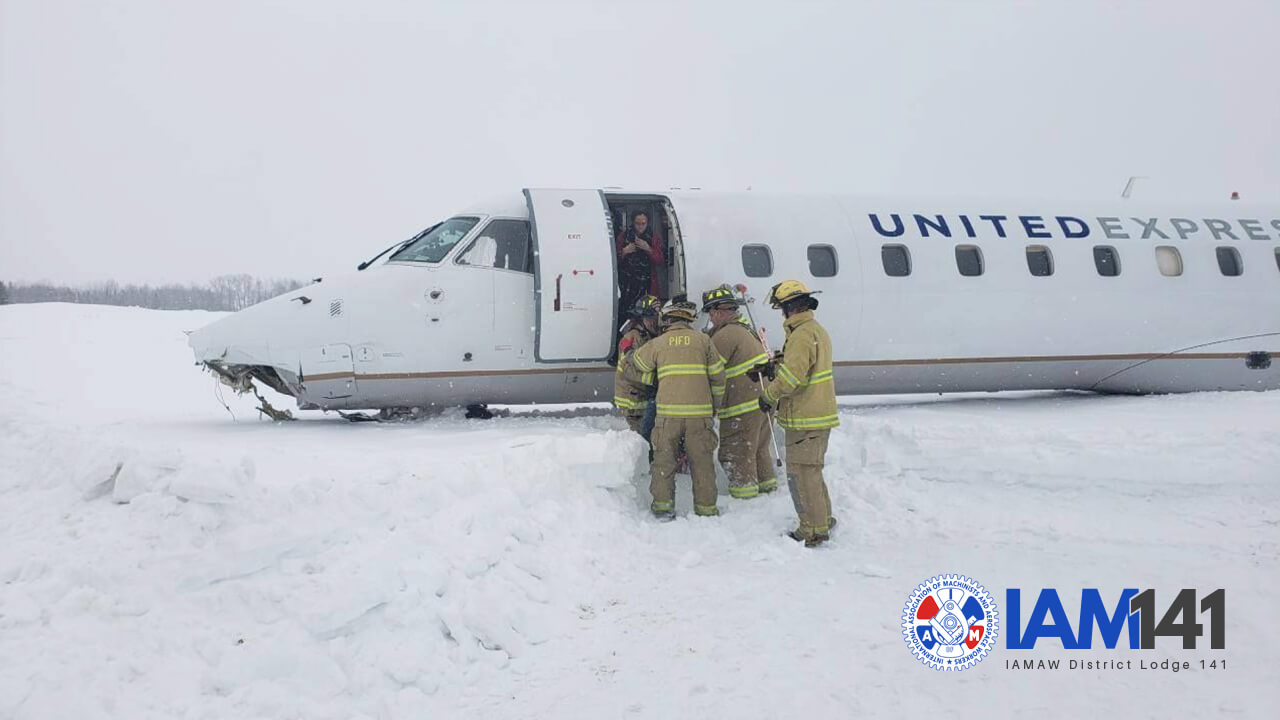 A CommutAir plane carrying 28 passengers and three crewmembers slid off the runway upon landing in Presque Isle, Maine (PQI). The incident happened on March 4th at 11:30 AM EDT. 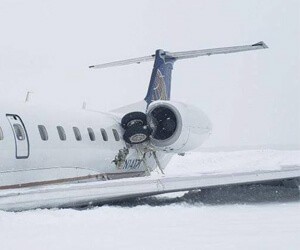 Crown of Maine Via Twitter: Flight 4933 slid to the right of the runway as it landed in Presque Isle, Maine. The landing caused the nose gear to break off and lodge itself between the engine and the fuselage.

The 50 seat Embraer 145 was traveling from Newark, New Jersey (EWR) to Presque Isle, which was experiencing snow showers at the time. One pilot and three passengers suffered minor injuries. The aircraft’s landing gear broke off the plane during the incident and wedged itself between the engine and fuselage.

“At this time our focus is on the well-being of all those involved,” a company representative said in a statement on Twitter. “We will be working with authorities to obtain more information.”

Mike Klemm, President of Machinists District 141 praised the outstanding professionalism of the crew: “These were minor injuries, but this was not a minor incident,” Klemm said. “The crewmembers’ skill and fast response helped to ensure the safety of the passengers aboard this flight. We wish everyone involved a quick and full recovery.”