The Grand Seal of the International Association of Machinists & Aerospace Workers

All images can be downloaded directly or via file download.

Although usually referred to as a “logo” this design is also an official seal – and is better understood in that context. Its modern form is a heraldic device using illustrations of classic machinist tools, such as a spur wheel gear, calipers and measuring devices. More than likely, it was intended to be used as a seal, rather than as a logo or as a symbol of the union. The earliest Machinists Union artwork and publications used stylized calipers rather than a gear as artistic shorthand for the organization. Other prominent iconography included decadent-era vines and bordering, and various hand tools as imagery, but all of this predates the modern concept of “logos.” Using the Grand Seal as a logo rather than as a seal is problematic from a design standpoint, since the text cannot be reduced in size past a certain point and remain legible. Early users seem to have recognized this, using the device as a way to denote high-level pronouncements almost exclusively.  The Grand Seal appears mostly on “official” documents, such as certifications, charters, and publications, and was almost always used as an official seal. Today, it is used almost as if it were a logo, which is probably why it is so often referred to as such.

The Grand Seal was created in 1889 by Frank French. It consisted of a flywheel, a friction joint caliper, and a machinist’s square with the organization’s initials. According to French, the flywheel represented the ongoing power of the union once it started, and the caliper signified an extended invitation to all persons of civilized countries.

The square signified that IAM was square and honest.

Today, the Grand Seal has an additional spur gear as the flywheel, with a star at the bottom. This star is usually blue or white.

The Grand Seal of the IAMAW uses the colors red, white, and blue as its base palette. There is no standardized hex code for these colors, and they are often rendered in various shades. Over the years, it has been rendered in black, and the union’s Transportation Territory frequently styles it with wings, which are often gold. Since this use has become well-established, the Machinists and Aerospace Union has a large color palette: red, white, blue, black and gold. This allows the union to render its artwork in a vast array of color combinations.

The font on the Winpisinger and RLA versions of the Grand Seal is unknown. The “Meatball” version (so named by Machinists & Aerospace Union Master Designer, Michael Mancini) has a Myriad Pro (Bold Condensed) font, which remains in use on all Aerospace variants of the Seal. 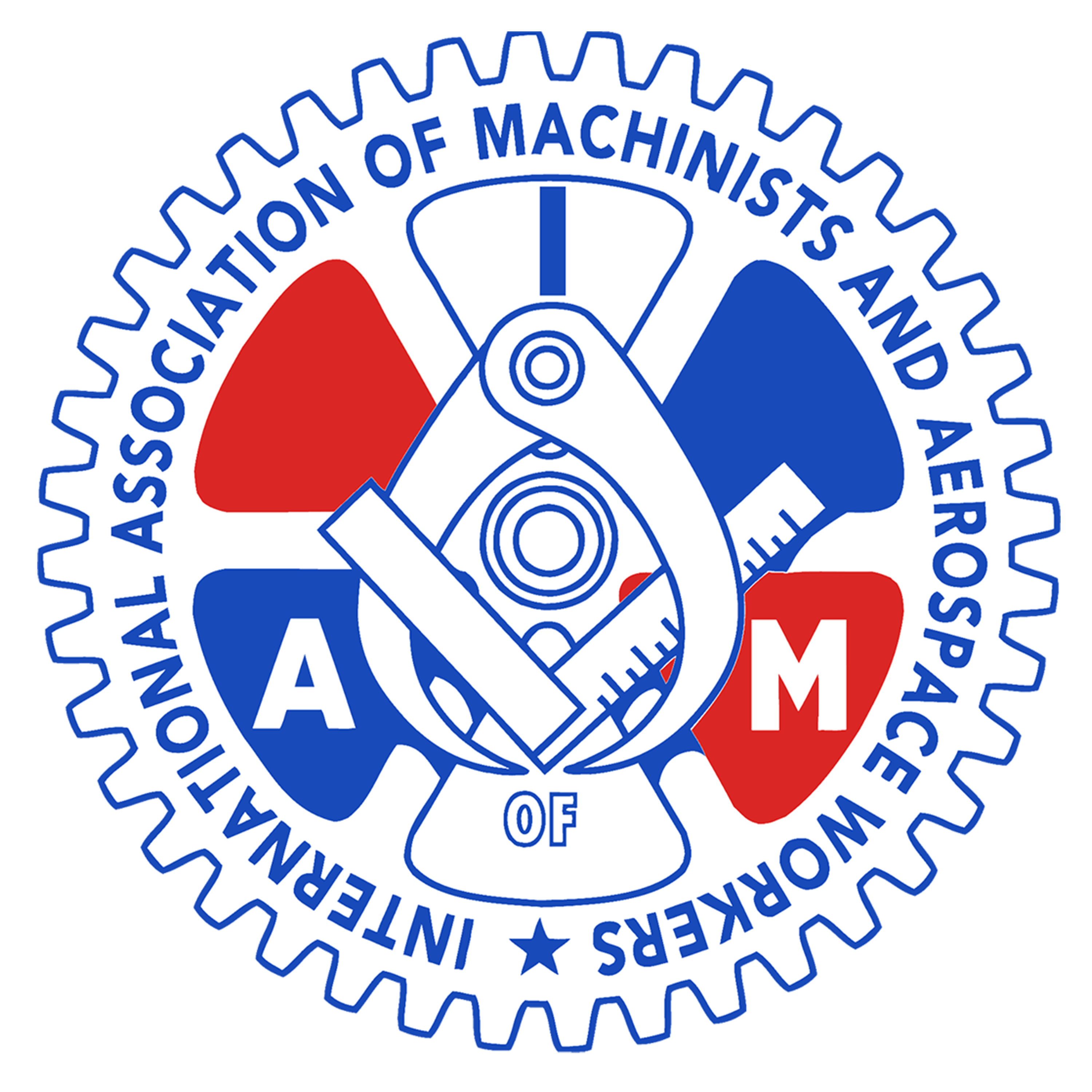 This is the version of the Grand Seal used by the Winpisinger Center and is perhaps the most commonly used version overall. 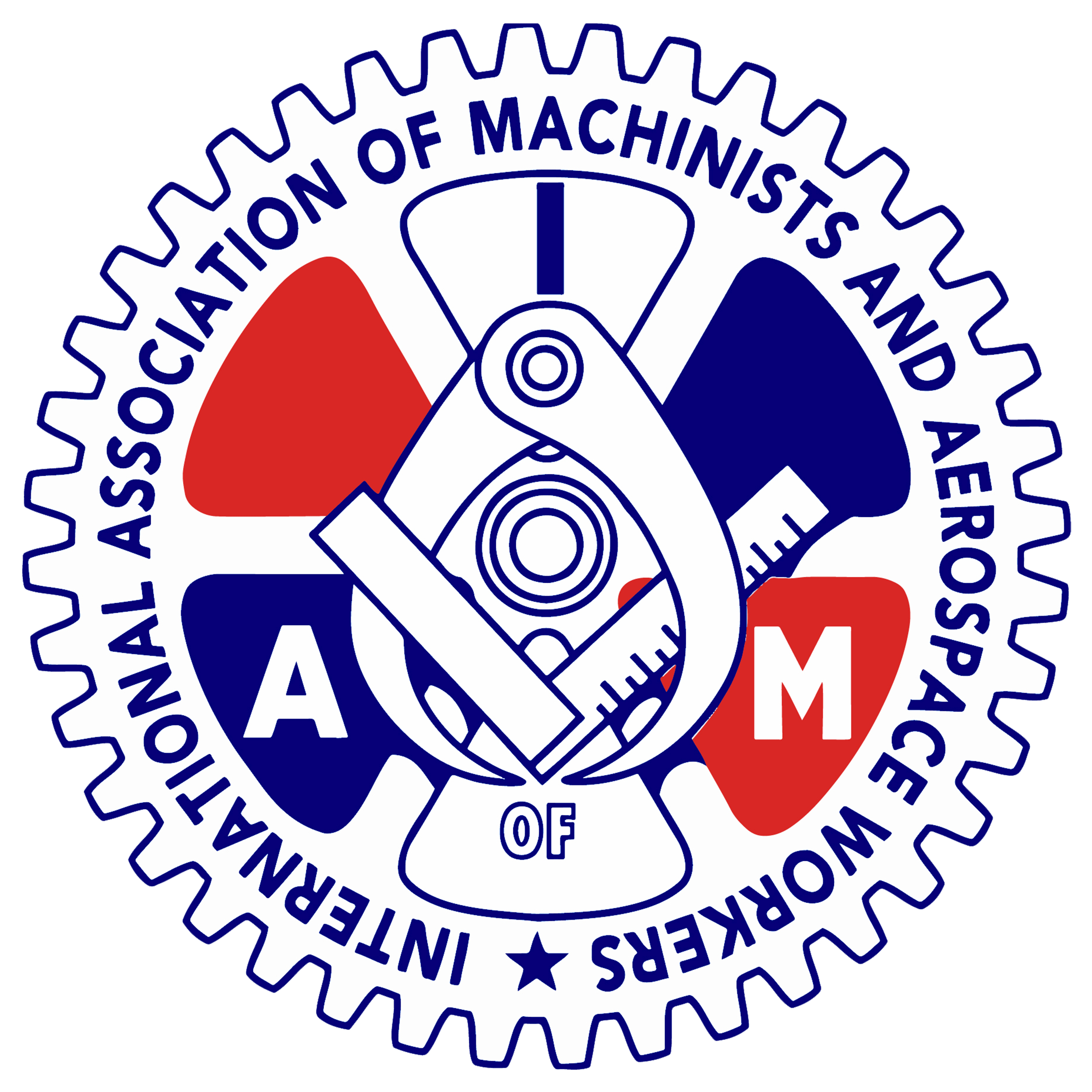 Another very common variant, this version is named after the Railway Labor Act. It uses a darker blue and red. 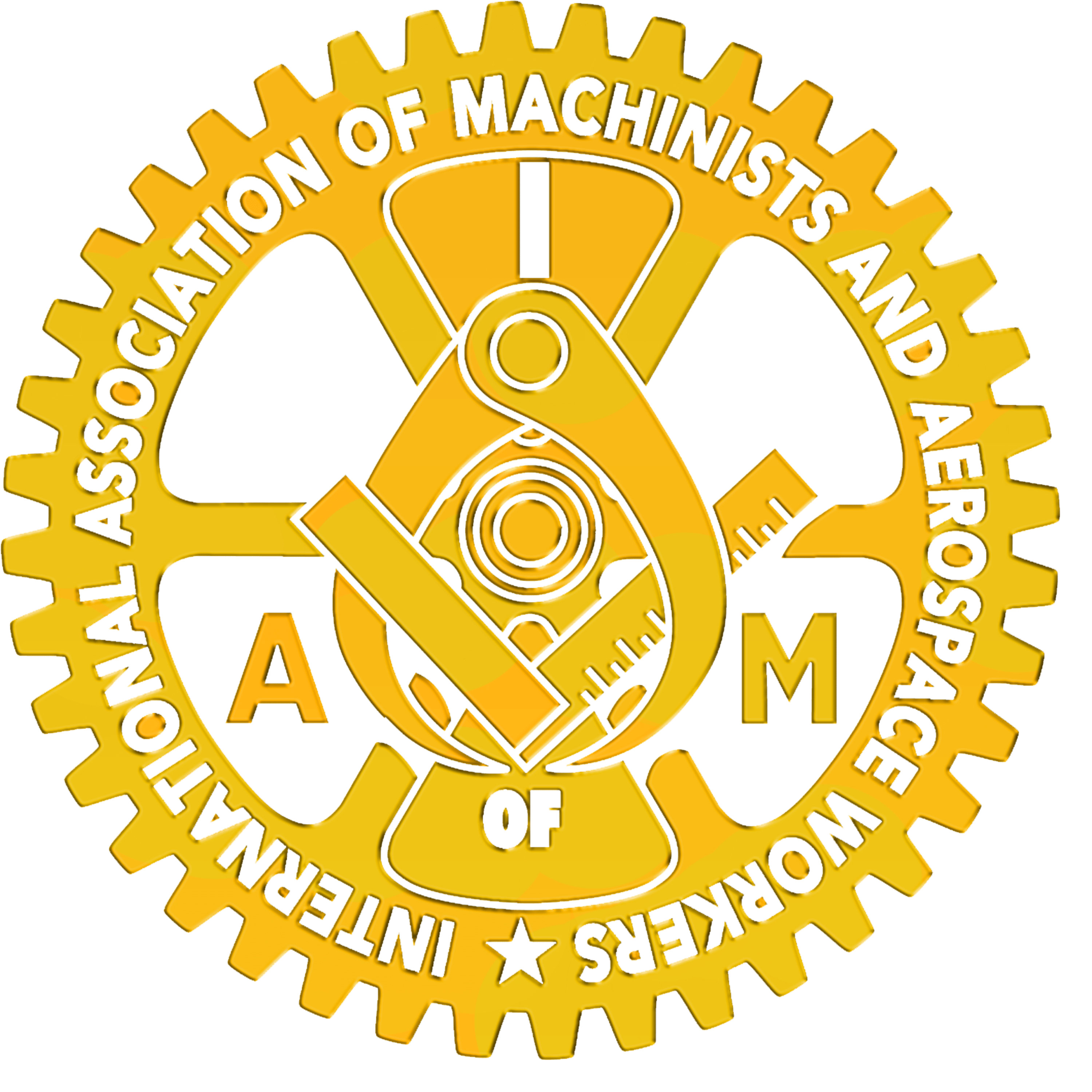 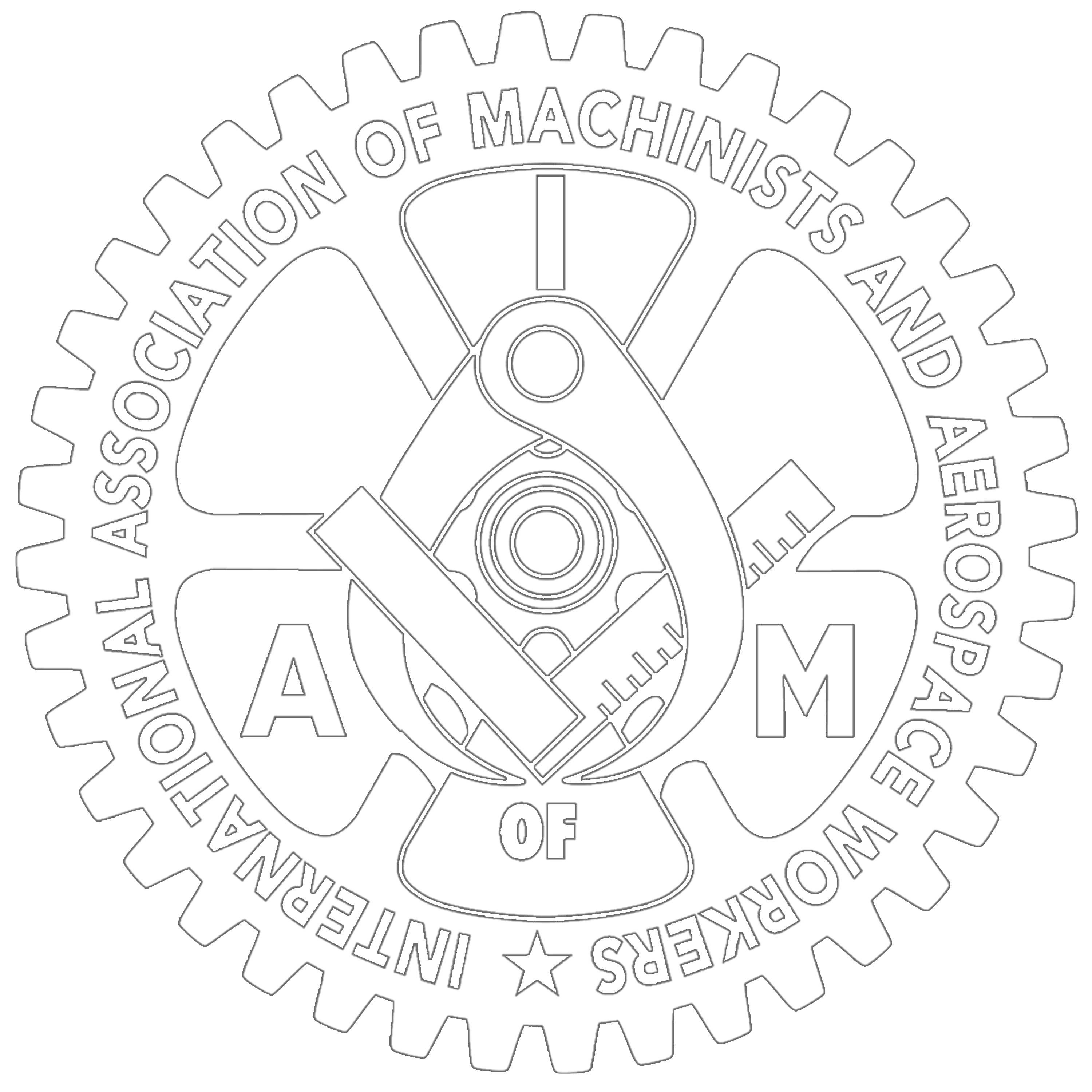 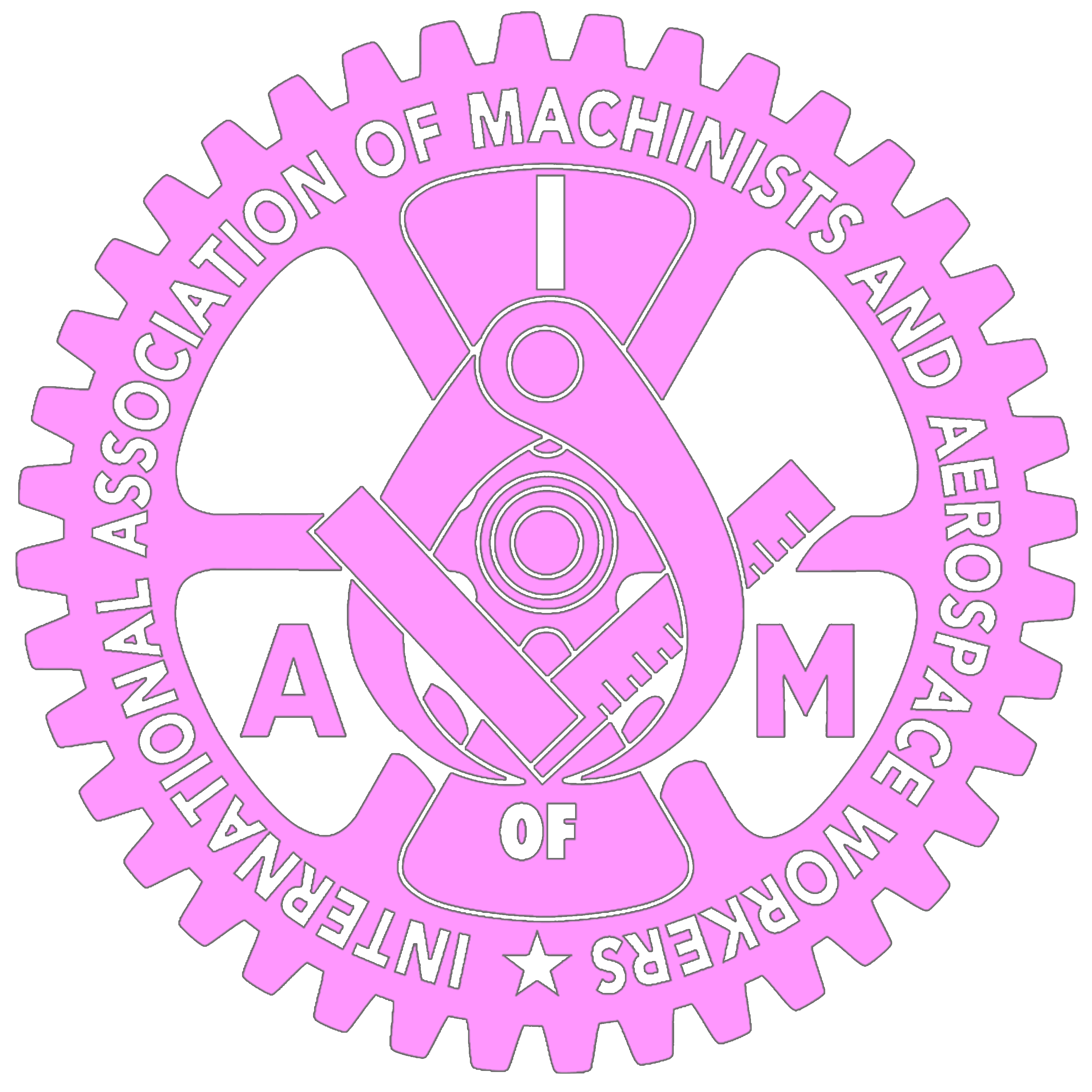 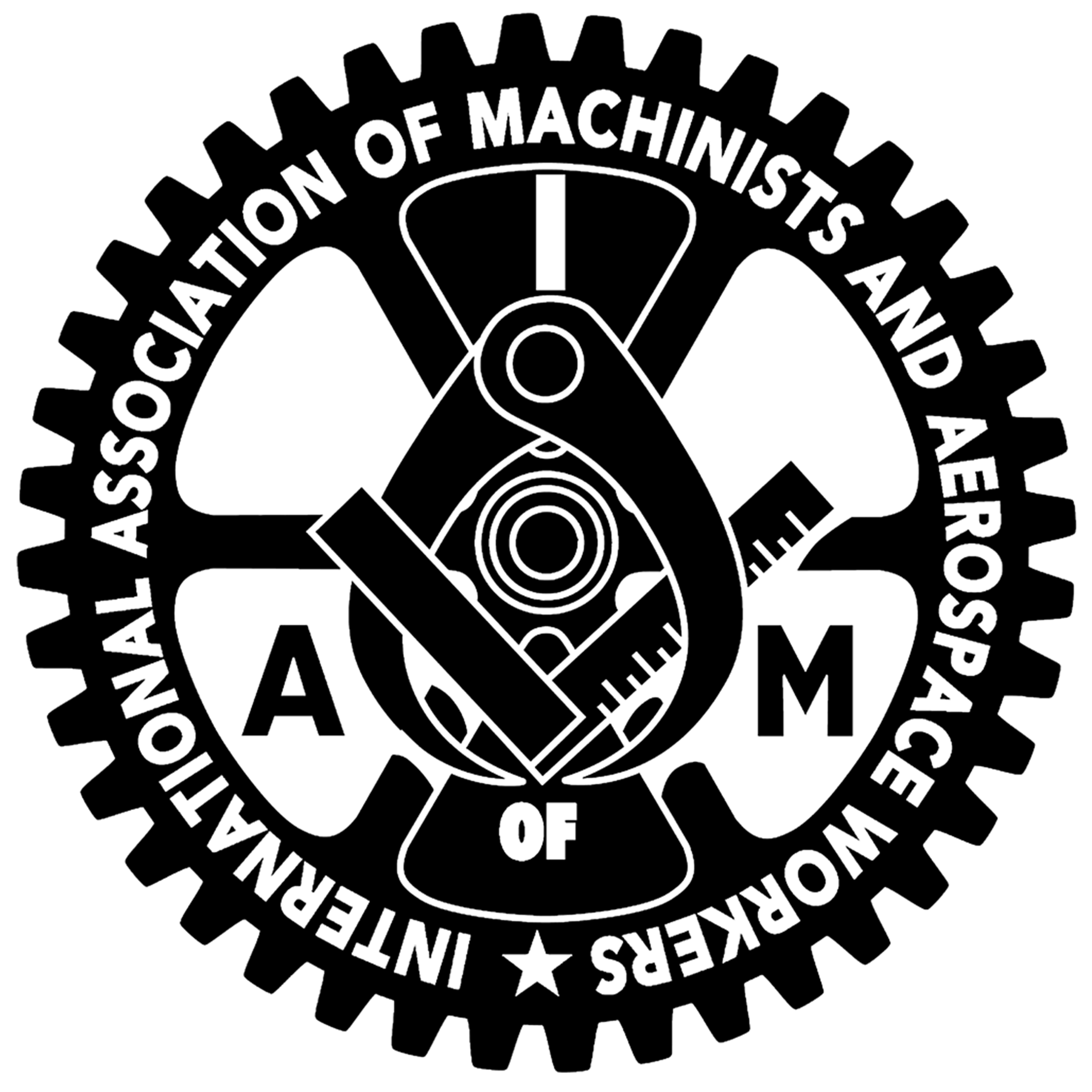 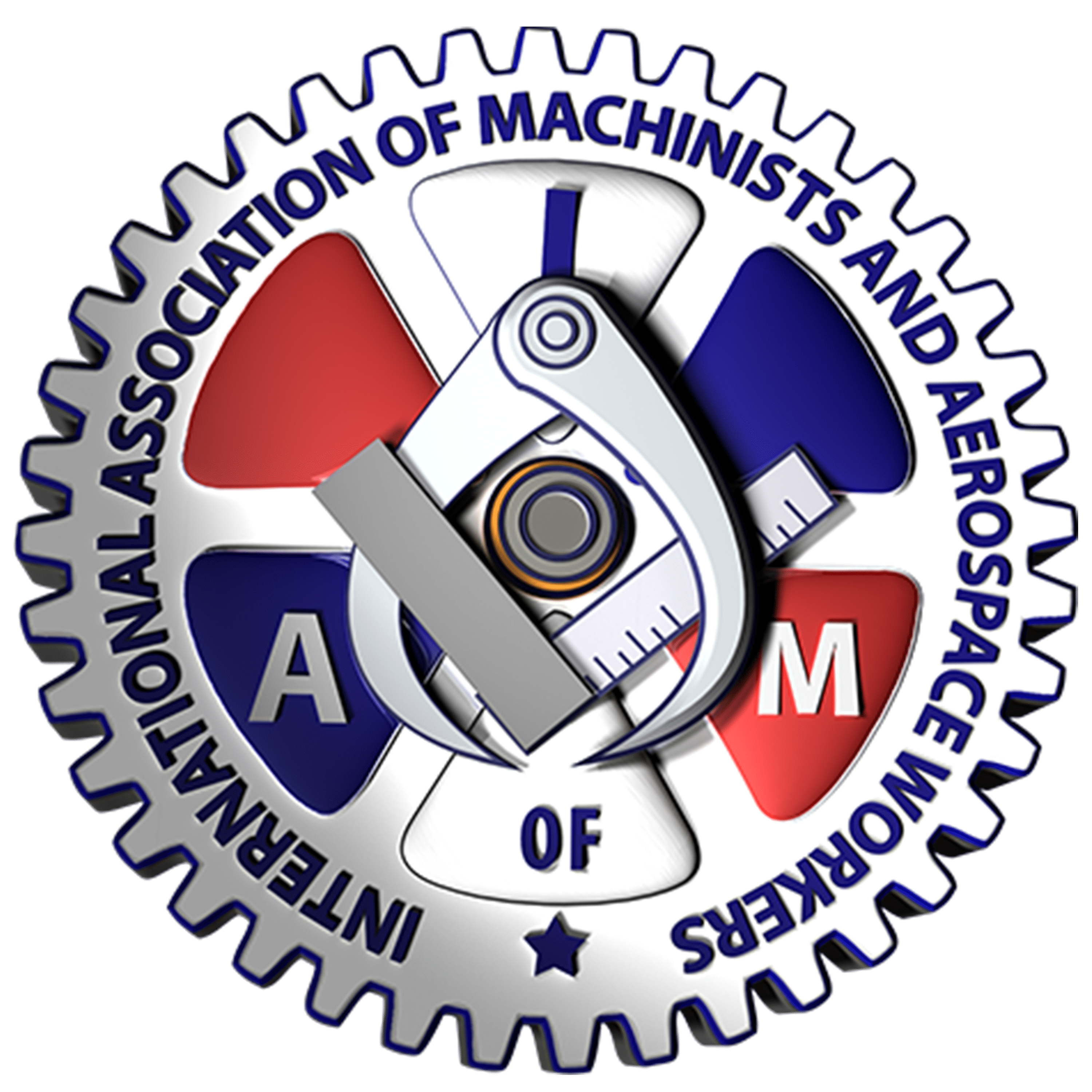 A full-color rendering of the RLA Version of the Grand Emblem. Includes 3d shading and lighting effects. 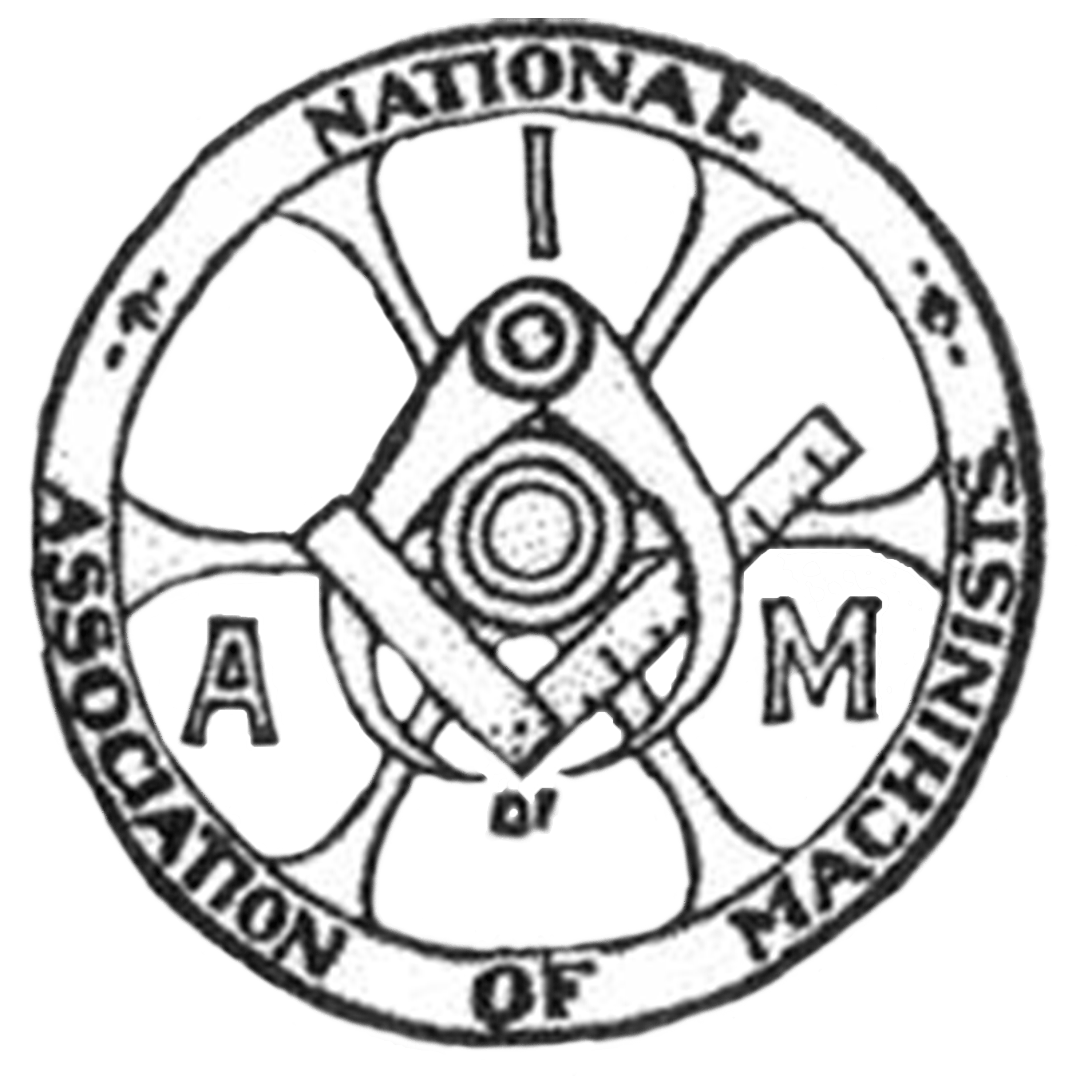 An undated early version of the Grand Seal, appears in the book, “A Century of Struggle.” Note that the gear is not a spur wheel, and that the design has not yet added the star at the bottom of the outer ring. The addition of the star (which is usually portrayed as blue or white) corrects the overuse of the word “OF” in that area of the design. Additionally, the name of the union at the time that this Seal was used had not yet included refrences to “International” or “Aerospace.”

This is a hand-drawn version from an unknown artist, from a time before the emblem had been completely standardized.