Richard Trumka, President of the AFL-CIO, has died at the age of 72. His cause of death has yet to be announced.

This post has been updated to include a reaction from IAMAW International President, Robert Martinez.

Reaction from labor leaders was swift. “The labor movement lost an icon today at the worst possible time,” said Mike Klemm on behalf of IAMAW District 141. “Brother Trumka was the heartbeat of the working people of America. He will be sorely missed.”

Klemm is the President of District 141 of the International Association of Machinists and Aerospace Workers, the largest transportation and aviation union in North America. The IAMAW has been affiliated with the AFL-CIO for over 100 years, and Trumka worked closely with the union and their leadership, often lending his fiery oratory to the cause of advancing the interests of airline workers.

International President Robert Martinez mourned the loss of Rich Trumka but recalled with pride the legacy he built for American workers.

“Today, workers across the world mourn the loss of a labor movement giant and working people’s champion, AFL-CIO President Richard Trumka,” Martinez said. “Rich revitalized the labor movement and stood toe-to-toe against any enemy standing in the way of dignity and justice on the job. He made life better for working people across our nation and the world. Our heart goes out to his family, friends, and the entire AFL-CIO.”

“The IAM will forever be grateful to President Trumka for standing up for IAM members all across our different industries. Rich marched on our picket lines and helped lead efforts to improve the lives of working families. He was a fighter for change, and his work will never be forgotten. The IAM will honor Rich in a way he would want us to–fighting like hell to pass his legacy legislation, the Protecting the Right to Organize Act.”

Upon news of his death, AFL-CIO Communications Director Tim Shlittner vowed to continue Trumka’s work and committed to preserving and honoring his legacy.

“Standing on Rich’s shoulders, we will pour everything we have into building an economy, society and democracy that lifts up every working family and community,” Shlittner said in the statement.

“He was a relentless champion of workers’ rights, workplace safety, worker-centered trade, democracy, and so much more,” he continued. “He was also a devoted father, grandfather, husband, brother, coach, colleague, and friend. Rich was loved and beloved. Today, the 56 unions and 12.5 million members of the AFL-CIO mourn the passing of our fearless leader and commit to honoring his legacy with action.” 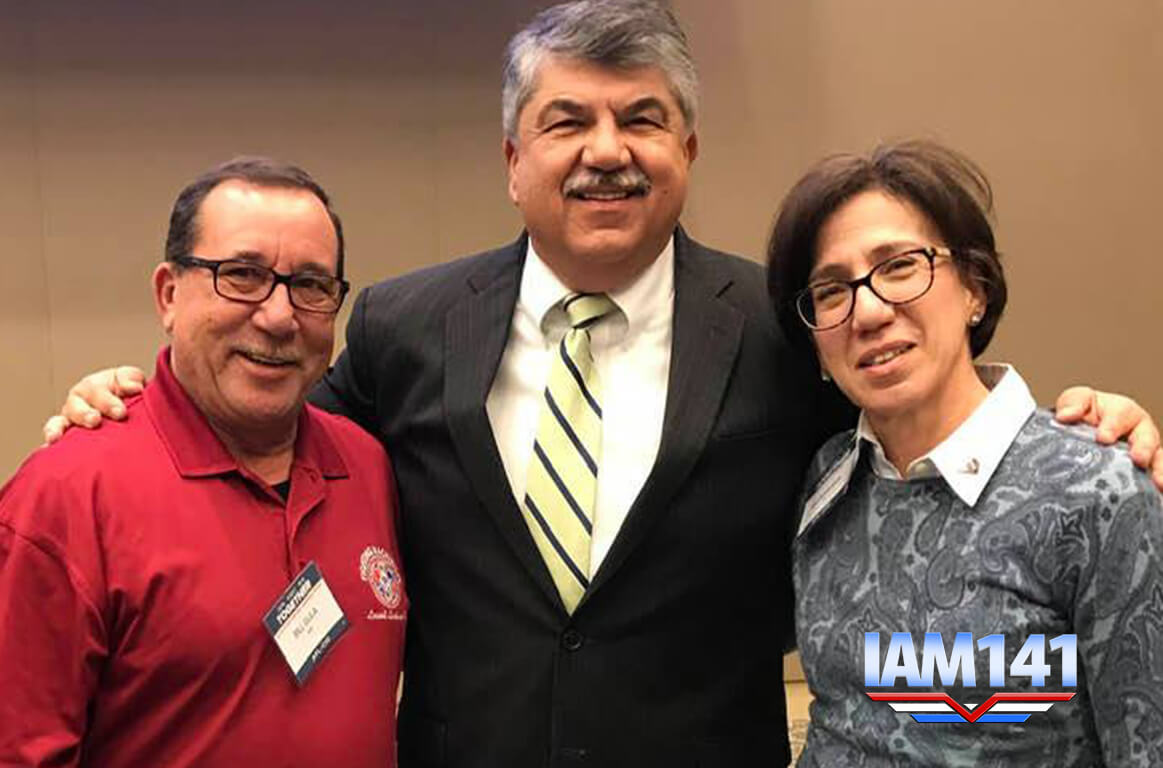 Rich Trumka, the legendary leader of the AFL-CIO, has passed away today at the age of 72. He is pictured here with Local 914 President Bill Gula (left) and Ines-Garcia Keim, President of the New Jersey State Council of Machinists.