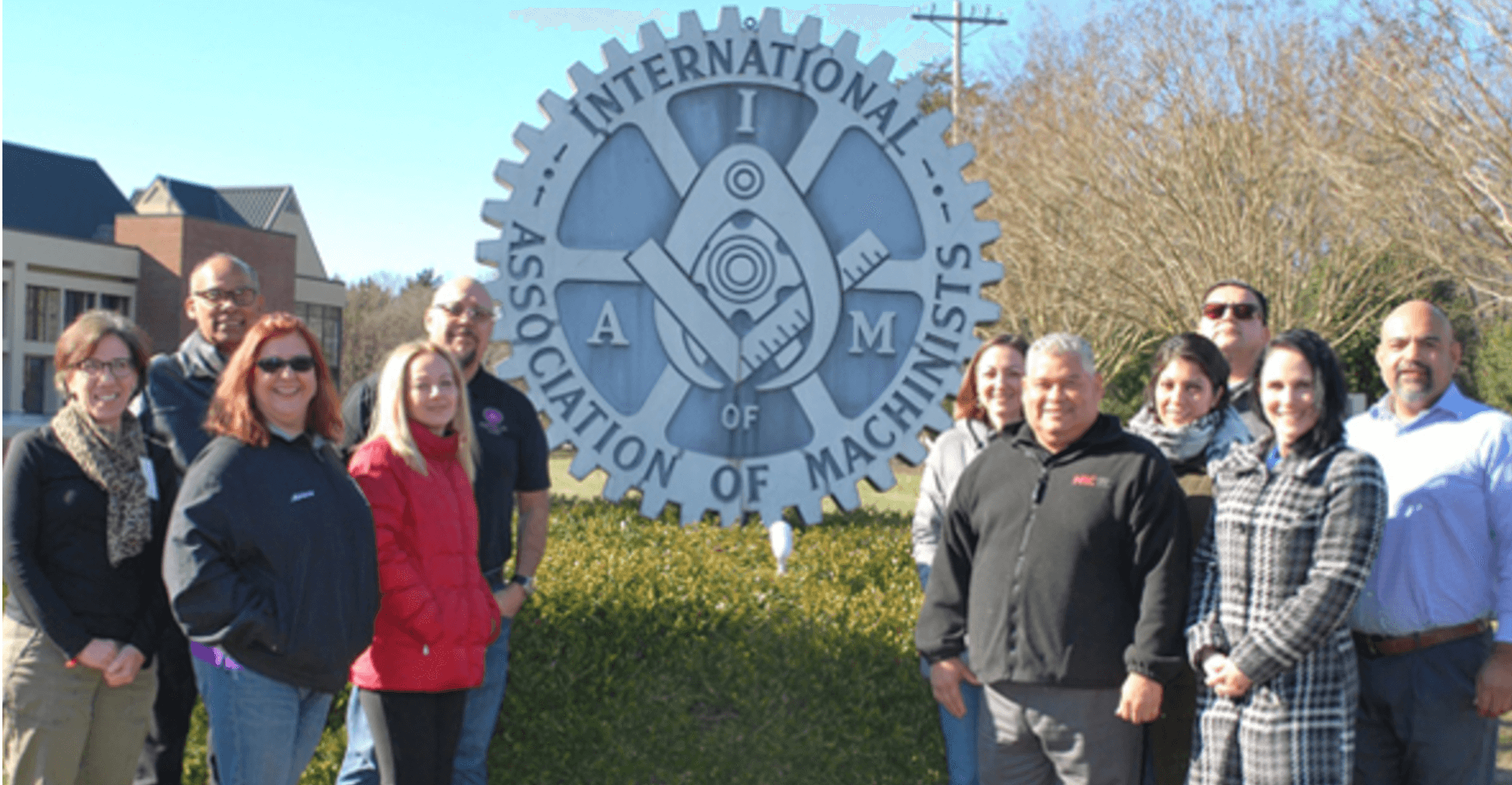 Three members of District 141 spent a week in late January at the Winpisinger Education and Technology Center with the IAMAW Spanish Leadership Working Group (SLWG). Local 1759 Shop Steward and EAP Representative Adriana Picasso, District 141 Communications Representative Ines Garcia-Keim, and Marilyn Soto, a District 141 Organizer and Local 914 Shop Steward, who was welcomed as a new member of the group, worked to strategize outreach, set teaching schedules and to review and update course materials for this year’s Leadership courses in Spanish. The group also includes Jorge Bonilla, an Education Representative at the Winpisinger Center who is a former District 141 AGC and a member of Local 811.

International President Robert Martinez recognized the work that Adriana, Ines, and Marilyn are doing in a letter he sent to members of the SLWG. Martinez pointed out his experience as an Education Rep and praised the union’s Spanish Language Programs as “second to none.” He added, “This work…is about opening doors to greater involvement, to greater activism, and to leadership to those who have for far too long been sidelined by design or by default.”

IAM Leadership Programs help bilingual and Spanish-speaking members become officers, activists, and leaders in our union, in their workplaces, and in their communities. The programs offered at the Winpisinger Center provide participants the tools and inspiration they need to amplify a message of unity in the face of efforts to divide working people.

The 2020 calendar for Spanish Language Programs is:

If you have questions about the Spanish Leadership Programs or need additional information, please contact District 141 Director of Education “Mac” McGovern at mac@iam141.org