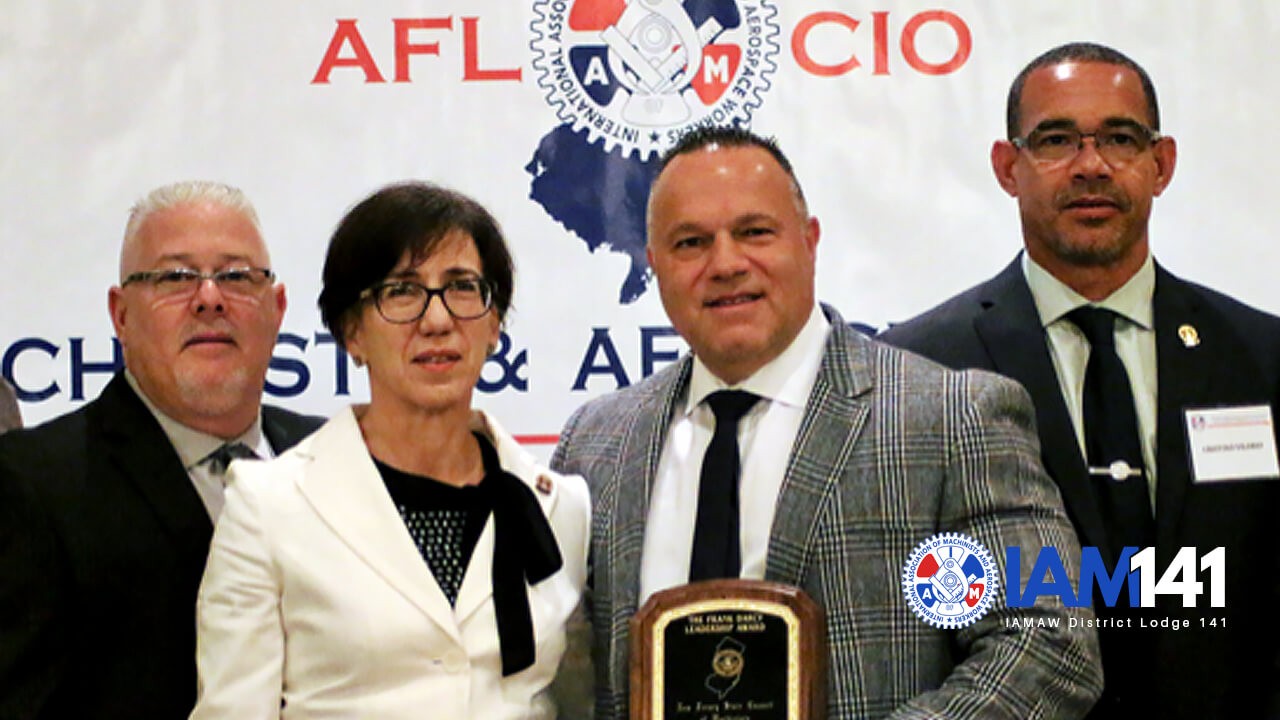 IAM141 Coordinator, Ines Garcia-Keim presented the Frank Darcy Leadership Award to outgoing State Council President Vinny Addeo at the New Jersey State Council of Machinists. Addeo is leaving the State Council after being named Director of Organizing for the IAM.

Vinnie Addeo was initiated into the IAM in 1980 when he began his career in aviation as an aircraft technician at Eastern Airlines. Over the years, Addeo has served as a Shop Steward, Grievance Committeeman, Local Committee Chairman, Flight Safety Rep, EAP Rep, and Recording Secretary for Local 1445 at Newark Airport, among many other roles.

IAM International President, Robert Martinez praised the appointment of Addeo to Director of Organizing, saying, “Addeo not only brings experience, education and drive to the department, but also innovative ideas that will grow the IAM and bring union representation to those who need it most.”

In presenting the Frank Darcy Leadership Award to Addeo, incoming State Council President and IAM141 Coordinator, Ines Garcia-Keim hailed Vinnie Addeo’s activism on behalf of the IAM. “I consider him a mentor and a friend,” Ines told the State Council delegates of Addeo.

The Frank Darcy Award recognizes outstanding leadership among IAM Members in furthering the mission of the union and of working people. It is presented each year in honor of lifelong trade unionist, Frank Darcy, an IAM Activist from the New Jersey area.