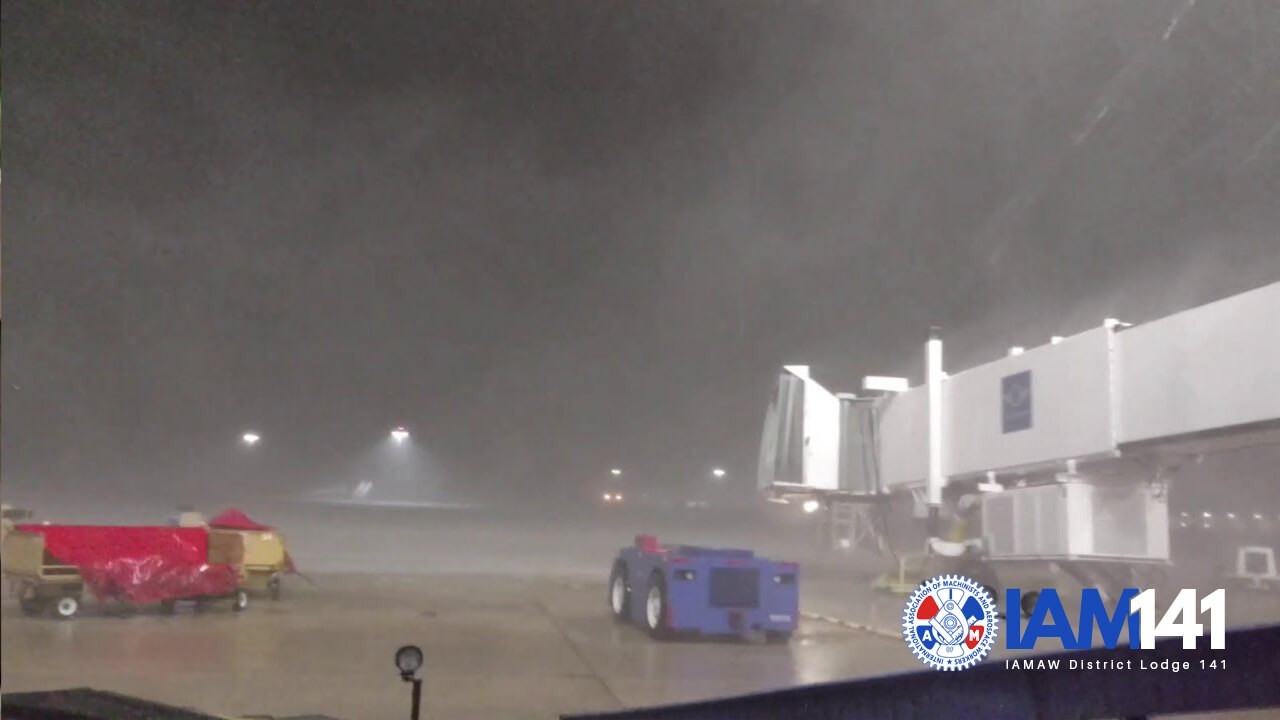 A bolt of lightning struck a UPS ramp worker upside the head as he loaded a 757 freight plane at Clinton National Airport (LIT) this week.

52-year-old Darin Campbell is expected to make a full recovery after lightning struck him in the head while he was working a flight on the ramp at Clinton National Airport in Little Rock, Arkansas.

Surprisingly, the strike left him with relatively minor injuries, aside from burns on the top of his head. Campbell said in a statement to the Arkansas Democrat-Gazelle that he is still suffering from headaches and sore muscles, and will be taking a few day off from work.

He also told the paper that he was shopping for a shirt with a lightning bolt design on it.

The 35 year UPS veteran remembers hearing, “instant thunder” and seeing a blinding flash of light just as he stepped off of the 757 he was loading. “It felt just like getting hit in the head by a ball bat,” he told reporters.

The blast left severe burns on the top of his head, leading investigators to think that the bolt hit him directly. He was knocked unconscious for several minutes.

Campbell was transported by ambulance to nearby Baptist Medical Center. He has since been released and is recovering at home.

Although weather delays are a common headache for air travelers, few are aware of just how dangerous it is to work at an airport during an electrical storm. Airport workers face the perfect conditions for lightning injuries and are among the most likely to be injured by strikes. Lightning poses a real hazard to baggage handlers, fuelers, and anyone else on the tarmac.

One horrifying incident happened on camera at Fort Myers, Florida in 2017. A Southwest Airlines ramp worker was injured when a bolt of lightning struck the tail of the 737 that he was pushing away from the gate. The electric current traveled down the body of the plane and electrocuted him just as he was disconnecting the aircraft from the pushback tractor. (See Video) 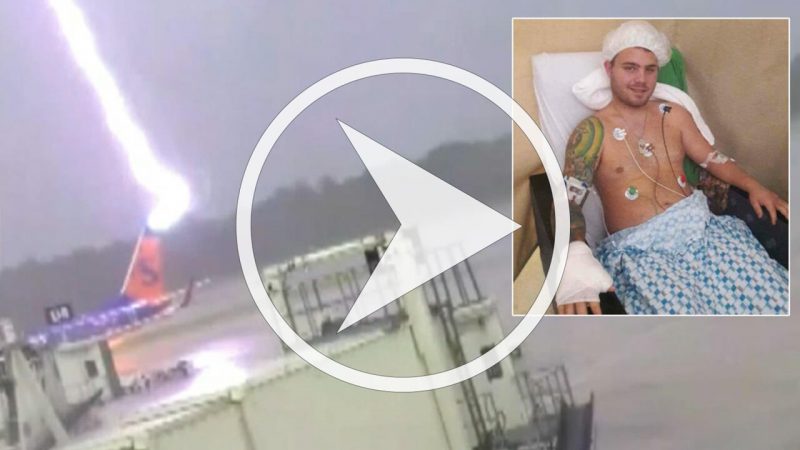 21-year-old Austin Dunn was hospitalized for two weeks and suffered 3rd-degree burns as a result of a lightning strike that hit the Southwest Airlines plane he was wingwalking in 2017.

Because the potential for a severe injury is so high, safety advocates within IAM141 have worked with airlines and city officials to install early warning systems at many airports around the nation. These lights, sirens, and specific work rules help ramp workers know when lightning is striking nearby so that they can seek cover.