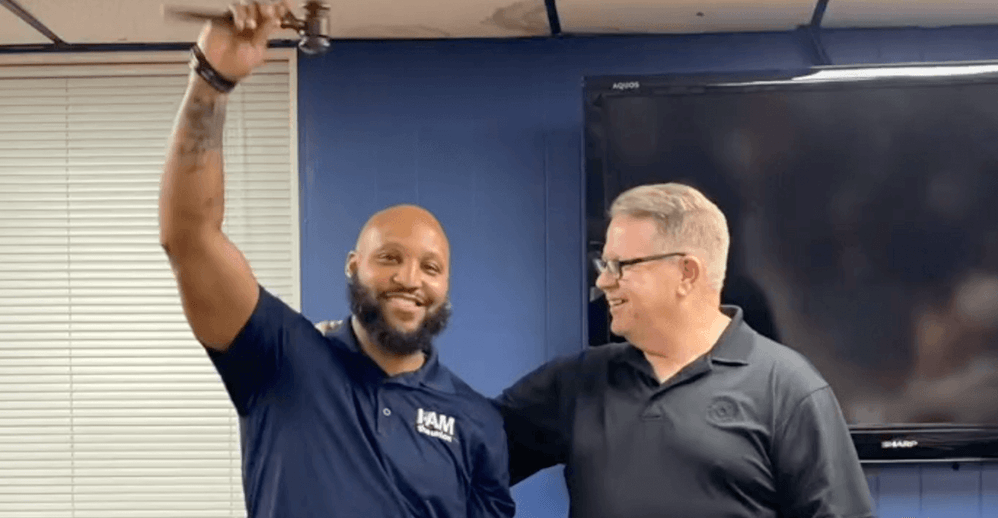 After 18 years as president of Local 1776, Rich Howell handed the gavel to Larry Reeves, the newly elected president of the local, at a moving ceremony in Philadelphia last week.

Howell’s family, and Obie O’Brien, President of the Pennsylvania State Council of Machinists who served as Secretary-Treasurer of Local 1776 for 45 years and is a mentor to Howell and other members of the local were also present.

Local 1776 was named after O’Brien in 2015 in recognition of his work and dedication to workers in the Philadelphia area.

The “Rich Howell Wall of Leadership” was unveiled at the meeting. The names of Howell and Reeves, the youngest person and first African-American to serve as president of Local 1776 were installed on the display. Gil Simmons, who initiated in Local 1776 and rose to leadership positions in the local and District 141 and was recently appointed Special Representative in the Transportation Territory, was also honored on the wall.