MLK Was a Union Man 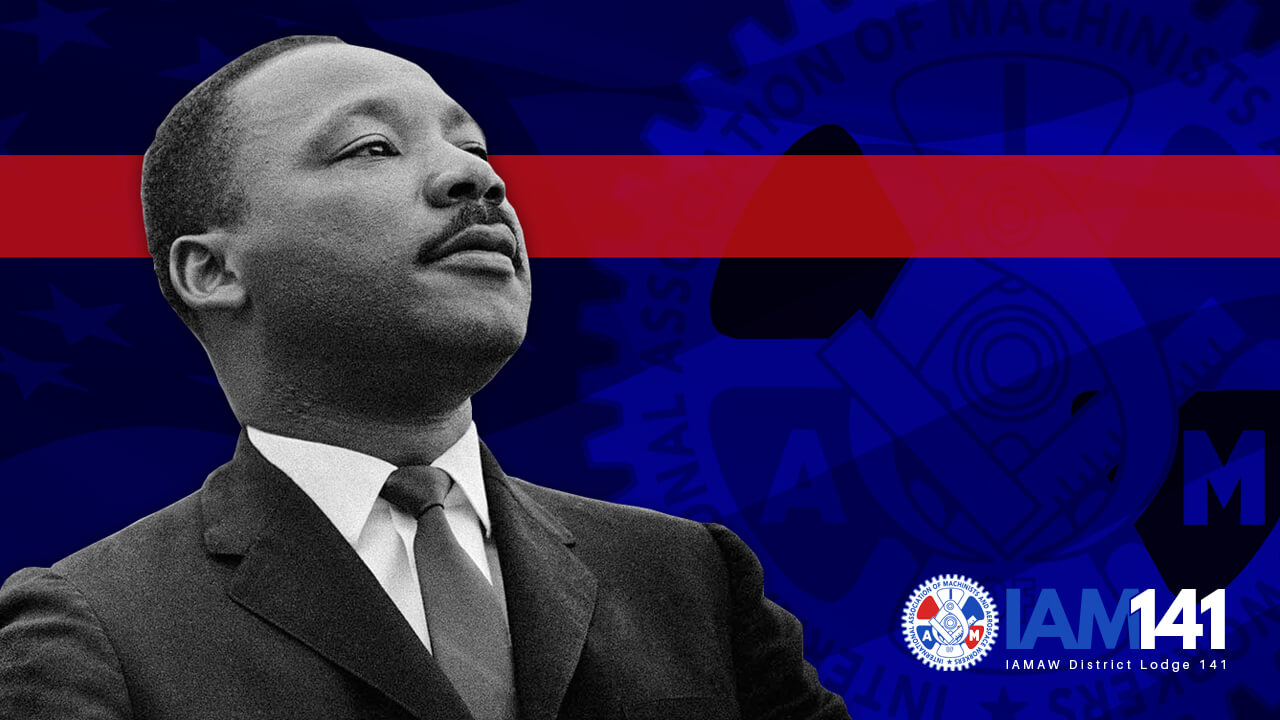 The Reverend Dr. Martin Luther King, Jr. is recognized around the world as a leader of civil rights. What many people don’t know is that he had strong ties to the American labor movement. 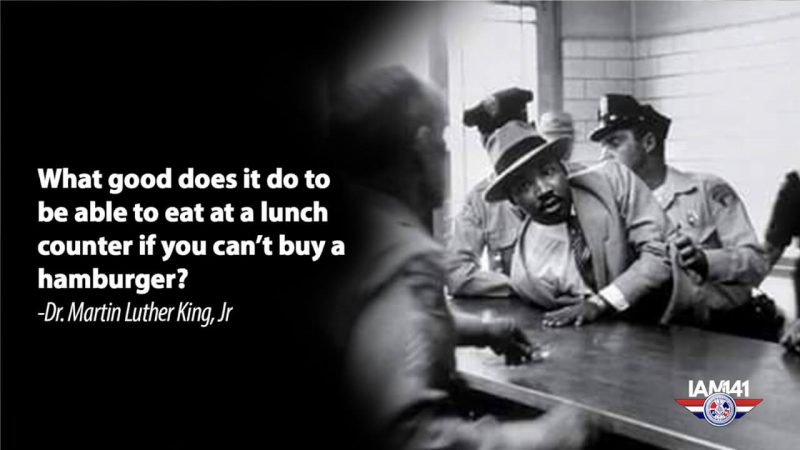 When Dr. King was assassinated in Memphis, Tennessee on April 4, 1968, he was there to support sanitation workers who were on their seventh week of a strike for fair wages and to have their union, the American Federation of State, County and Municipal Employees (AFSCME) recognized by the city of Memphis. 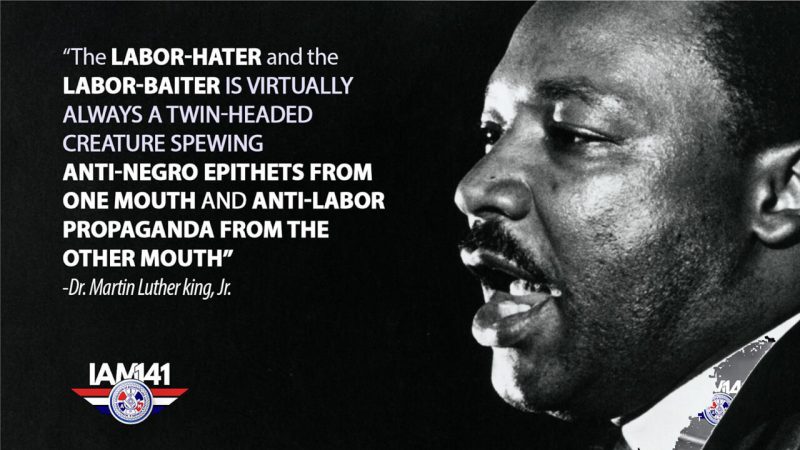 By that point, Dr. King had forged alliances with several unions and the AFL-CIO. He frequently spoke about the role unions play in securing equality for all workers, and how economic equality is linked to racial equality. “What good does it do to be able to eat at a lunch counter if you can’t buy a hamburger?”, he famously asked. In a speech before the AFL-CIO in 1961, he spoke forcefully about the unity of purpose for all working people facing a common foe: “the labor-hater and the labor-baiter is virtually always a twin-headed creature spewing anti-Negro epithets from one mouth and anti-labor propaganda from the other mouth”, he said.

At the core of Dr. King’s philosophy is the concept that a person’s worth is not measured by his or her color, culture or class, but by their commitment to make a better life for all. The best way to celebrate Dr. King’s 90th birthday is to honor his call to service. Many of you will be doing that today, like you often do, and for that I am deeply grateful.

“Everybody can be great because everybody can serve…you only need a heart full of grace, a soul generated by love.”

In unity and solidarity,