IAM141 in the Spotlight at 2018 Committee Conference 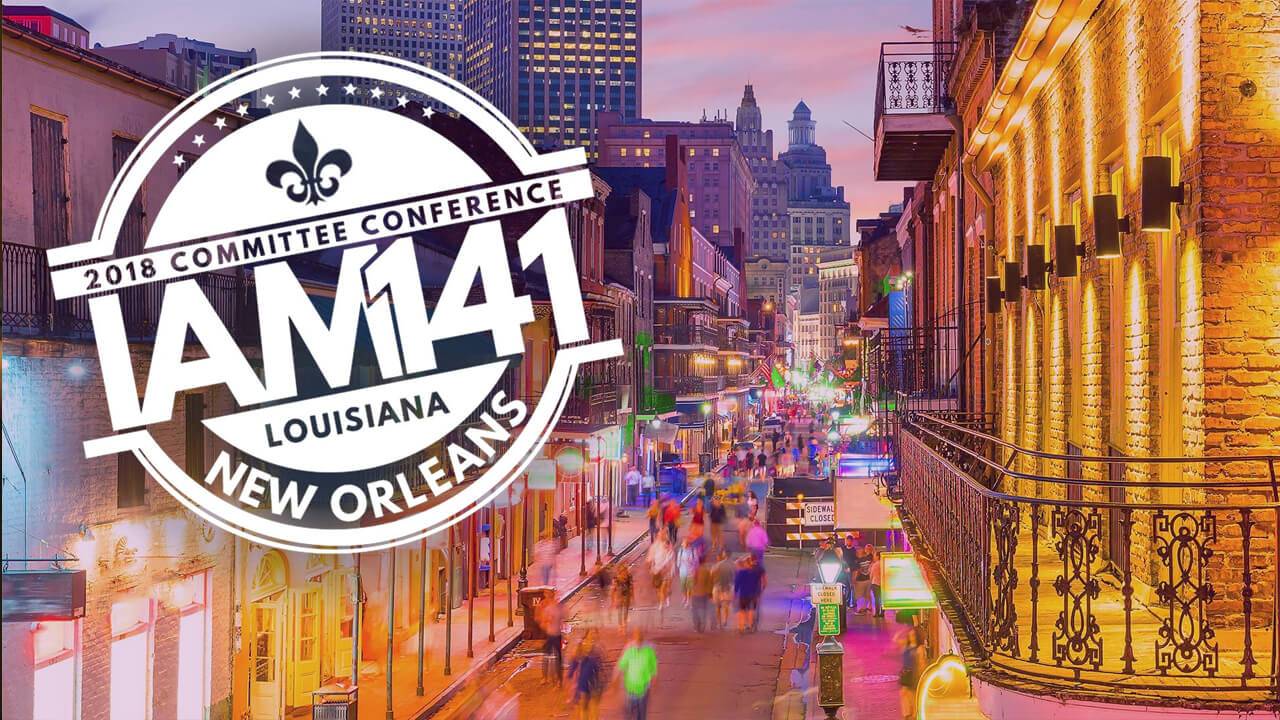 IAM141 was in the spotlight on Tuesday, as IAMAW International President Robert Martinez spoke before a full house of Machinists and Union Activists in New Orleans.

In his speech, delivered at the 2018 IAM141 Committee Conference, Martinez praised the hard work and dogged fighting spirit of IAM141 members. “I want to thank you for everything that you do, day in, day out, for our membership, on a wide range of fronts in this great district.” 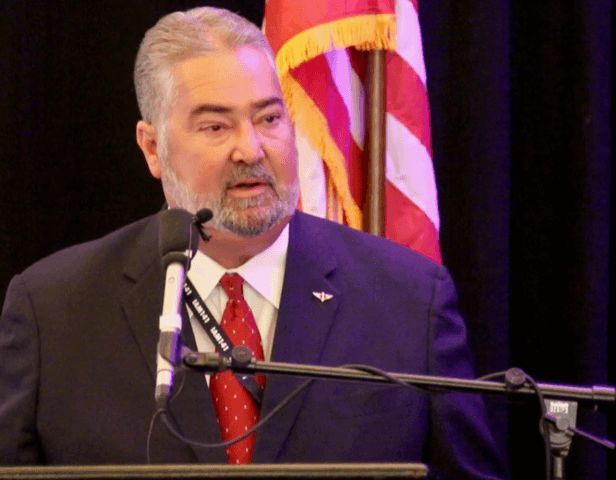 International President Robert Martinez holds the highest elected position in the Machinists Union, an organization with more than 600,000 workers throughout North America. Since the beginning of his tenure in 2016, he has dedicated himself to growing and modernizing the IAMAW.

Martinez described the many accomplishments of IAM141 in recent years, focusing on the solidarity demonstrated by district members in their support of the IAM Disaster Relief Fund. In the wake of devastating storms in Texas, Florida and Puerto Rico, IAM141 made a record-setting contribution to the fund and facilitated the transport of relief workers and supplies to the affected areas. This solidarity is playing a critical role again as IAM members in Hawaii are threatened by persistent volcanic eruptions.

Martinez also noted the remarkable work IAM141 is doing to grow the union with organizing campaigns at Jetblue and Delta, and praised the work of IAM141 Educators, Safety Teams and EAP Representatives. “You are the reason that our members have a good, safe and secure job that allows our kids the opportunity to shoot for the stars. You are the men and women that dare to say that all working people expect dignity, justice and respect on the job.”

The IAM141 Committee Conference brings together Committeepersons, Chairmen and other union activists and experts to discuss the most significant issues that impact airline workers.