IAM and Canada: “NEW NAFTA” HAS NO PLACE FOR ‘RIGHT TO WORK’ DISCRIMINATION

Since the early 90’s, American workers have complained that NAFTA unfairly forces them to compete with cheap Mexican labor. Weak unions, low wages, and lax regulations south of the border have lured a steady stream of businesses away from American workers.

This erosion of jobs and wages has caused a majority of Americans to feel that NAFTA is bad for the country, according to a recent Gallup poll. (Gallup Poll, Feb 2017) (http://news.gallup.com/poll/204269/americans-split-whether-nafta-good-bad.aspx)

Now, with the possibility that NAFTA may be renegotiated, it seems that Canadians feel the same way about their Southern partners as Americans do.

They are increasingly angry about being forced to compete with foreign workers who are underpaid, non-union and who have weak workplace protections.

However, there is one significant difference between the complaints from Canadians and those coming from Americans: the low-wage foreign workers that Canadians feel NAFTA unfairly forces their nation to compete with aren’t Mexican.

They are poorly paid Americans.

To protect living standards in their nation, NAFTA negotiators in Canada are demanding that the United States eliminate discriminatory “Right to Work” laws, among other reforms. Canada argues that such anti-worker statutes amount to unfair market manipulation on the part of the US, as underpaid American workers undercut Canadian wages.

“Right to Work” laws discriminate against Americans by defunding labor unions and employee groups that band together to negotiate with managers. “Right to Work” defunds workers and unions by forcing them to provide goods and services to consumers without payment. To compete with billion-dollar corporations, workers must pool their money together as dues contributions. “Right to Work” statutes make dues payments voluntary, but would still require unions to pay for expensive arbitrations and negotiations – costs that can quickly run into the millions of dollars.

‘Right to Work’ supporters argue that the laws help improve the American economy by lowering wages and weakening labor unions in the US… which, they say, helps business owners compete.

However, the jobs that arrive in the US from Canada are low-wage and often temporary – the type of jobs that provide no path out of poverty for American workers. Ending ‘Right to Work’ as part of any NAFTA renegotiation, on the other hand, would strengthen American workers’ ability to negotiate better wages. Better wages, in turn, help support stronger communities and more robust consumerism.

The IAM, which has a significant and growing presence in Canada, has hailed the demands to end “Right to Work” discrimination in the United States.

In a recent interview on Activate! Live, Owen Herrnstadt (the Chief of Staff to IAM International President Bob Martinez), did not mince words.

“This supports and vindicates what we’ve been fighting for all along,” said Herrnstadt, “which is that ‘Right to Work’ is nothing more than ‘Right to Work For Less.’”

He called on IAM members in the United States to take action in support of the Canadian effort. “Our members can help in a variety of ways. First of all, the negotiations are continuing, so there’s still time for our members in the US and Canada to reach out to their negotiators (For the US it’s the United States Trade Representative’s Office, USTR.gov.), and let them know that we need strong labor rights.”

“They can also contact their Congress-People, and their Senators immediately. To say that we just don’t want a renegotiated NAFTA that only tweaks around the edges. It needs to be a dramatic change that puts workers first and foremost in the United States, Canada, and Mexico.”

Activate! Live is the Machinists Union’s new weekly webcast, live from IAM headquarters in Upper Marlboro, Maryland. It is available on YouTube – Search for “Activate! Live.” The full interview with Owen Herrnstadt can be found here. 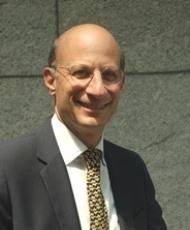 Owen E. Herrnstadt serves as Director for the IAM’s Department of Trade and Globalization, as well as Chief of Staff to the International President. He has served on the State Department’s Advisory Committee on International Economic Policy, among many other posts.