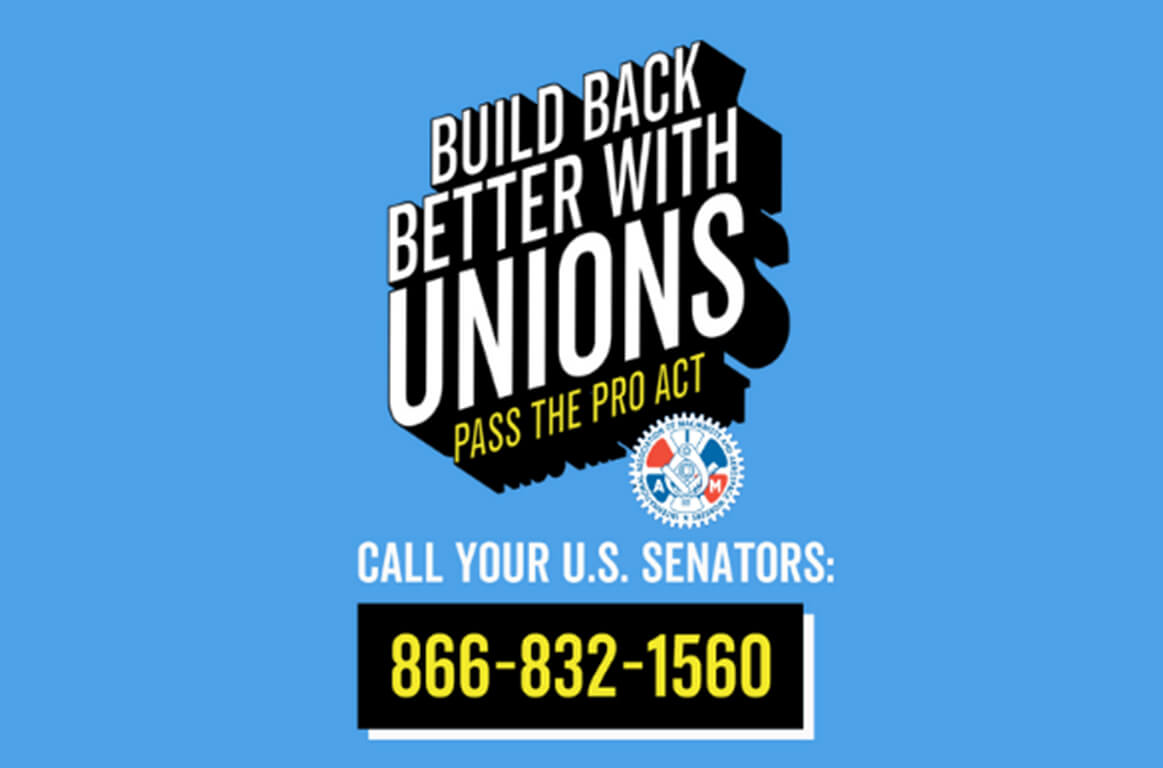 The Protecting the Right to Organize (PRO) Act or H.B. 842 that passed the House in early March, has gained momentum in the Senate after IAM Members along with working families across the U.S. flooded Senate offices with calls to support the hardworking men and women of this country by supporting the PRO Act.

Many thanks to the Machinists & Aerospace journalists at GOIAM.org who wrote and originally published this information.

The PRO Act puts workers first and strengthens the rights of workers to join and participate in a labor union.

The PRO Act will:

The Machinist Union has compiled a list of ways you can help pass the PRO Act:

The PRO Act is the most comprehensive piece of labor legislation introduced since the Great Depression. At its core, it protects the rights of people who want to be part of a labor union and repeals laws that hurt workers.