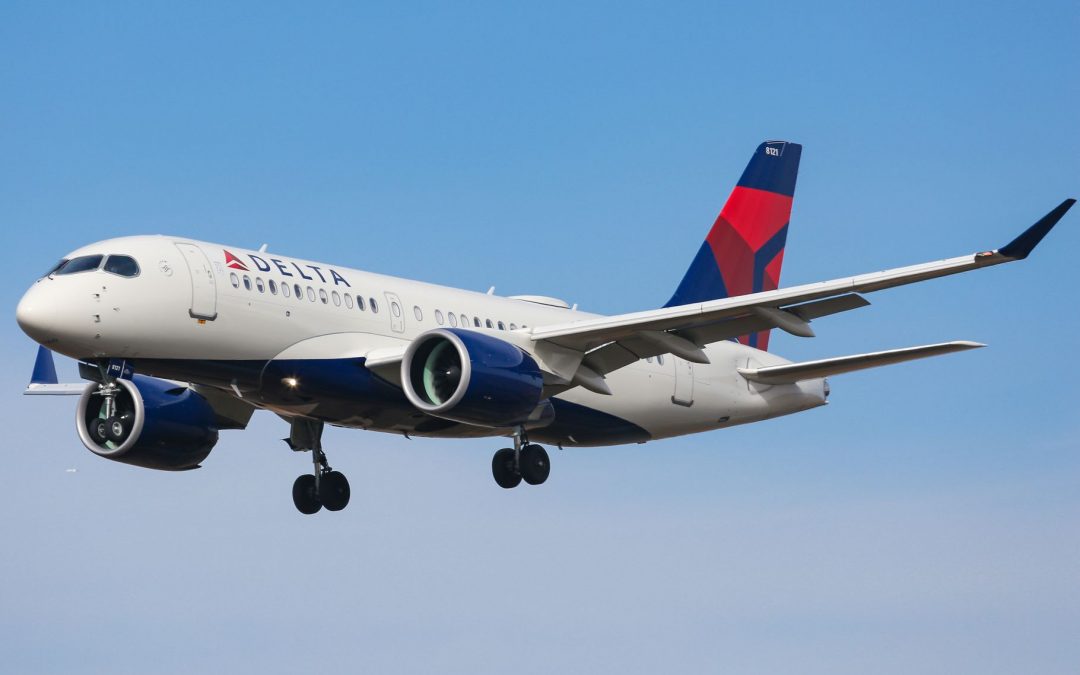 Delta Air Lines is reducing its flight capacity by 40 percent due to a coronavirus-related dropoff in demand, marking the biggest reduction in operations in the airline’s history. That includes the months after the September 11th terrorist attacks in 2001, Bloomberg reports. Delta CEO Ed Bastian told employees in a memo on Friday that he will forgo his salary for the next six months, calling the situation “a severe crisis.”

“The speed of the demand fall-off is unlike anything we’ve seen,” Bastian said in a statement. “We are moving quickly to preserve cash and protect our company. And with revenues dropping, we must be focused on taking costs out of our business.” 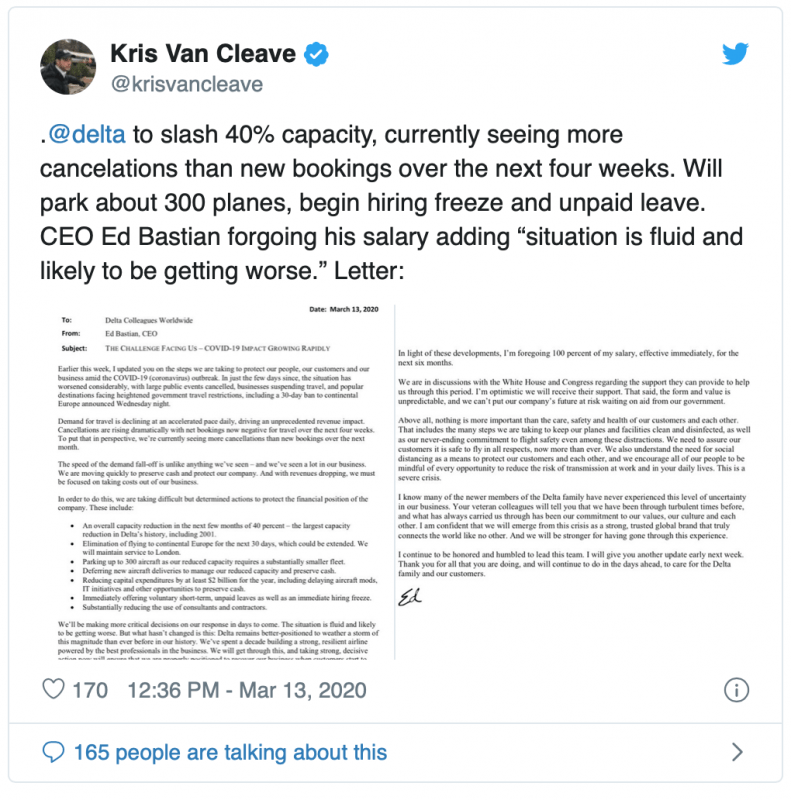 Bastian added that Delta was “in discussions with the White House and Congress regarding the support they can provide to help us through this period. I’m optimistic we will receive their support.”

Delta will ground as many as 300 planes, defer new aircraft deliveries, and reduce investment by at least $2 billion this year, Bloomberg reports. A hiring freeze is in effect for the airline, and employees are being offered voluntary unpaid leave.

Other airlines have cut back on flight schedules in the wake of the novel coronavirus pandemic. On March 10th, American Airlines announced that it would temporarily reduce its domestic flight schedule, and United and JetBlue both said they would cut back domestic routes until May. Most major airlines have waived change fees for the next several weeks.