An Activist Approach to Airline Safety 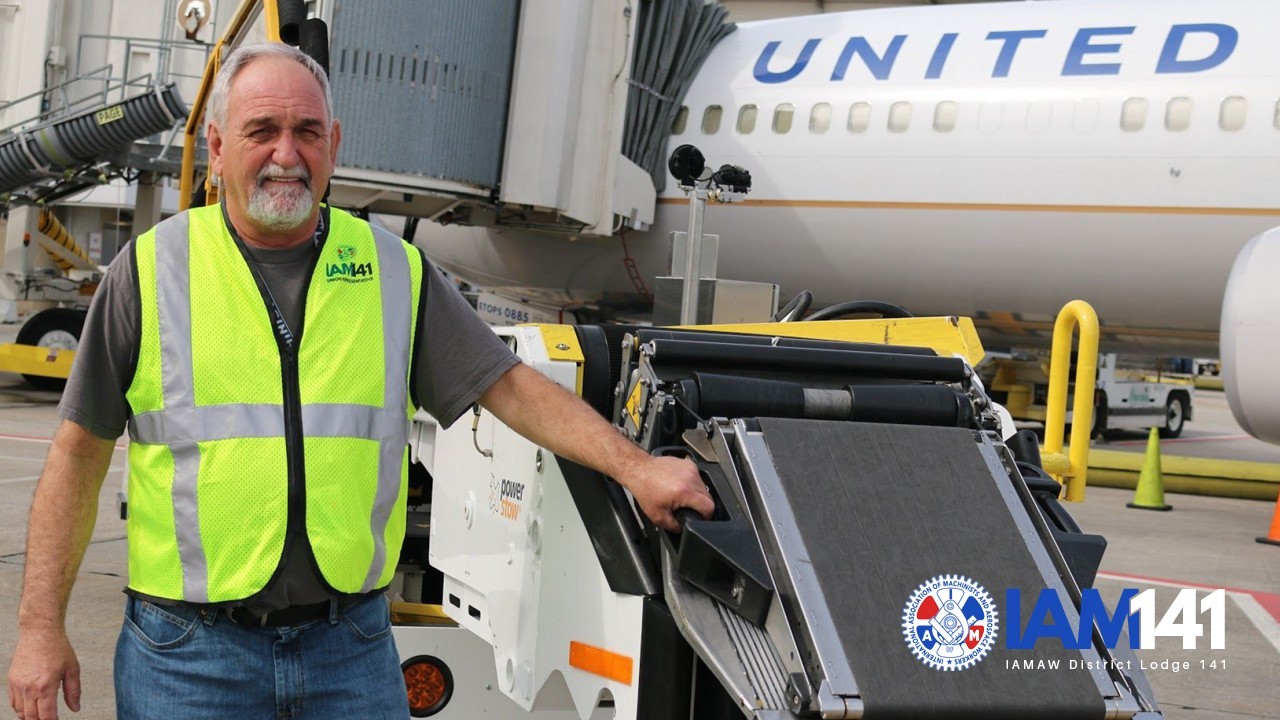 With few exceptions, such as a notable tragedy aboard a Southwest flight last April, US carriers are currently building one of the safest periods in history for air travel. Flying on commercial carriers has become so safe, in fact, that industry analysts are shrugging off airline safety rankings as virtually meaningless for passengers.

In spite of that, workplace injury rates for the women and men working at airlines remains stubbornly high, and are spoiling the otherwise incredible successes that airlines have achieved in other areas.

One union-led effort is offering new ideas on how to extend these airline safety improvements to airline workers, and it has its roots in community activism.

Taking a page from well-tested partnerships between neighborhoods and law enforcement, Machinists Union Members at Houston’s IAH are incorporating an airport version of “Community Policing.” 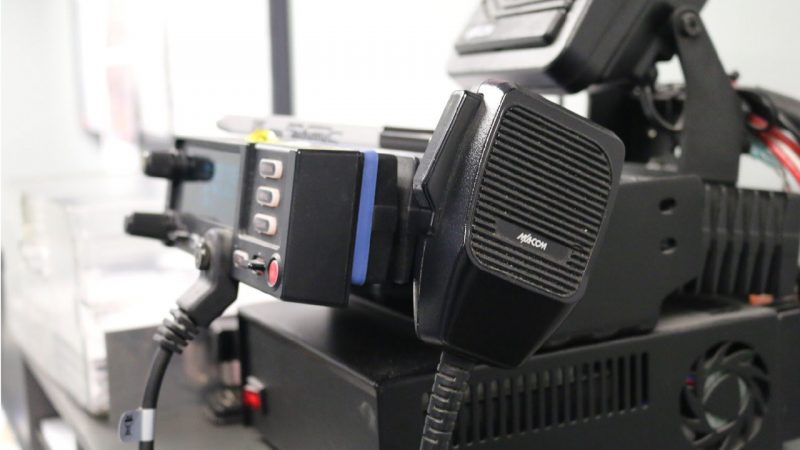 Placing dedicated safety advocates directly into the operation, coworkers benefit from the resulting combination of workplace awareness and understanding, coupled with plugged-in safety training. “They know the work better than anybody, and that gives them the ability to deploy their safety expertise at point-blank range,” said Leroy Taylor, President of Local 811 in Houston. Taylor is also a leader in a joint United Airlines / Machinists Union safety program.

Uniquely, Houston’s 811 President Leroy Taylor and Vice President David Towe both hold leadership roles within the United / Machinists Safety Program, which is administered through an ongoing alliance between the company and its largest union.

“We’re proud of how well we’ve been able to work with United,” Taylor said of the programs. “We’re not letting the company off the hook; when we need to have uncomfortable conversations, we are willing to do that. But, for the most part, we’ve been able to focus on areas of common interest with safety. Which means a safer airline and a safer workplace.” 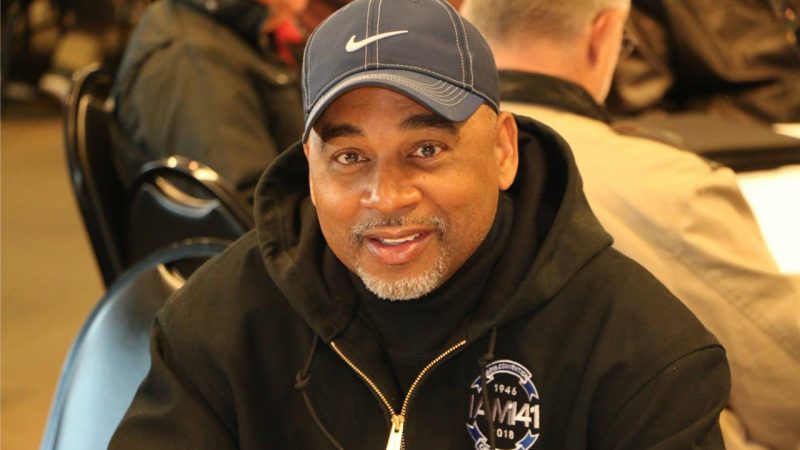 Besides placing safety advocates directly into the workplace, the program focuses on other common-sense goals. This includes stronger company-union partnerships. For example, a greater emphasis on peer-to-peer communications is critical. “I’m sorry to say it, but the company and managers can have a hard time connecting with the guys out here,” said Local 811 Vice President and Safety Advocate David Towe. “A lot of the time, they need someone that can speak the language out on the ramp to get through. We can help with that.” Fellow ramp workers can “get through” to each other in ways that are often blunt and direct to the point. Thanks to this street-level, no-excuses approach, safety is becoming a cultural point of pride at IAH. Ramp workers often consider safety lapses that might endanger them, their coworkers, or passengers to be much the same as a personal insult. 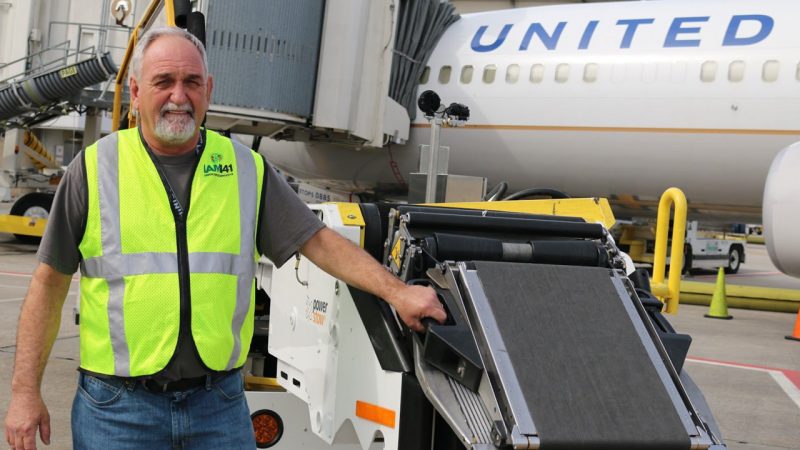 For their part, managers value (and act on) the input they get from front-line employees. Towe has convinced managers to install safety bulletin boards in airport “Ready Rooms” where crews prep for flights and holds daily safety meetings at the break room level. His persistence has led to better safety outcomes already, especially in areas where technology is replacing human oversight – a growing issue as airports become more automated.

Machinists Union (District 141) Safety Chairman Erik Stenberg recently toured IAH to call attention to the new strategies being developed there. “We’re always preaching about how important it is to work as productively as possible with the company when it comes to safety,” said Stenberg. “What we’re seeing here is proof that partnering can work.”

The safety issues coming from the front-lines can be micro-scale; nothing is overlooked. A special meeting between union activists and senior management was held recently to discuss the amount of time it has taken for a broken windshield wiper to be repaired on a pushback tractor. Even pigeon droppings aren’t tolerated; they are quickly reported by embedded Safety Advocates and dutifully removed by management.

“These guys are changing the way that unions and management interact in the realm of safety,” Stenberg said. “What we get from programs like these is a safer workplace that allows us to stay healthy, which lets us have longer careers. We also build stronger, more profitable airlines, and protect the flying public. Everyone wins.”

“The Move Teams are a major source of pride for our district,” Carroll said. “These guys take their jobs very seriously, and that’s reflected in the way they approach their union, safety, and the responsibilities that come with such demanding work.” 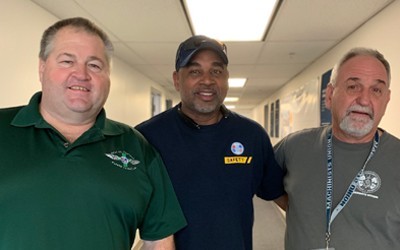 Connect with the District 141 Safety Department at IAM141.org.