A Call to Collective Action at the Colorado Machinists Council Meeting 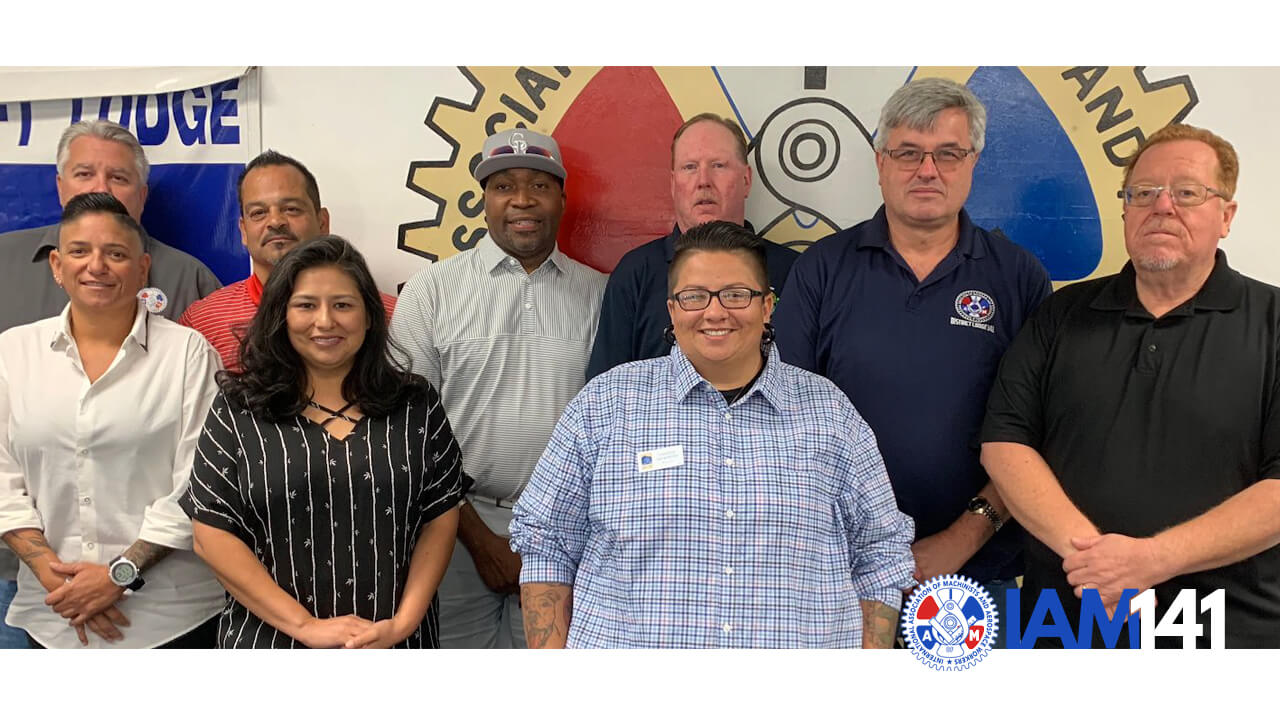 America’s workplaces are facing dire challenges in 2019, despite a heated stock market and soaring corporate profits. Growing numbers of American workers see themselves losing ground as they face colossal wealth inequality and stagnating wages. Fewer workers are earning a real pension, meaning that more and more people will never be able to retire. The National Labor Relations Board and other federal regulators are openly attacking working people, engaging in radical assaults on wages, job security, and the right for employees to work together to create a better workplace.

Amplifying the voices of working people has never been more critical. Strengthening the voices of American workers to meet that challenge was the goal of the Colorado Machinists Council meeting.

The meeting brought together top union activists from around the Centennial State, including senior leadership from the Denver and Colorado chapters of the AFL-CIO and allied advocacy groups.

“We will never win with money. Corporations will never lose that fight,” said Josh Downey, President of the Denver Labor Federation. “We have to rely on work. We have to use boots on the ground,” he told the Council. Downey spoke at length about the importance of a “No Shortcuts” strategy for union members. A hard truth for those who have become accustomed to political apathy, but a renewed commitment to a robust union work ethic towards civic engagement will be needed if everyday workers want to thrive in the new century.

IAM District 141 Assistant General Chairman Rich Robinson spoke about the importance of aggressive industry activism in union campaigns such as those at JetBlue, JetStream, and Swissport. These efforts expand the union footprint and help boost wages and corporate responsibility, even for non-union members.

The good news for front-line workers is that sending a solid union work ethic into the political sphere is having a positive effect. There are promising signs that a fundamental shift in favor of working people is happening in the American political landscape. Union priorities are being openly championed by elected officials with an enthusiasm that has rarely been seen since the 1950s. Each of the major candidates vying for the presidential nomination of the major parties has personally met with thousands of Machinists Union members.

Josette Jaramillo, President of the Colorado AFL-CIO, touted the impressive gains that union members have made. “There’s no better time to be a union member, ” Jaramillo told the Council. “More than 5 thousand Alaska Airlines union members just ratified a new contract, protecting their jobs and raising industry standards in wages.” Union memberships are growing, despite serious efforts to stop that growth, she said.

Speaking to the goals of the Council, she said that Colorado unions are working with outside advocacy groups that share the core values of organized workers. “We’re teaching our members about solidarity. What it means to not only be part of their own union but what it means to work with other unions in our community.”

“And, honestly,” she continued, “it feels pretty badass for me to walk into a meeting with my county commissioners as a social worker, flanked by tradesmen and Fighting Machinists.” Josette is the first openly LGBT person and the first woman of color to serve as President of the Colorado AFL-CIO.

Other speakers included Machinists and Aerospace Union leaders such as Earnest “Red” Dow and Dean Ames. Ames was one of the original union organizers who helped bring Southwest Airlines into the Machinists Union in the early 1970s.

For hard core political activists such as Raymond Lincks, a 46-year ramp veteran of United Airlines, the Council offers an essential pathway for workers to play a substantial role, transforming politics from a spectator sport into nuts and bolts lobbying.

“Too often, the powerful think that we are at the bottom of the food chain. But, when we all get together and act in unison, they have to take us seriously.”